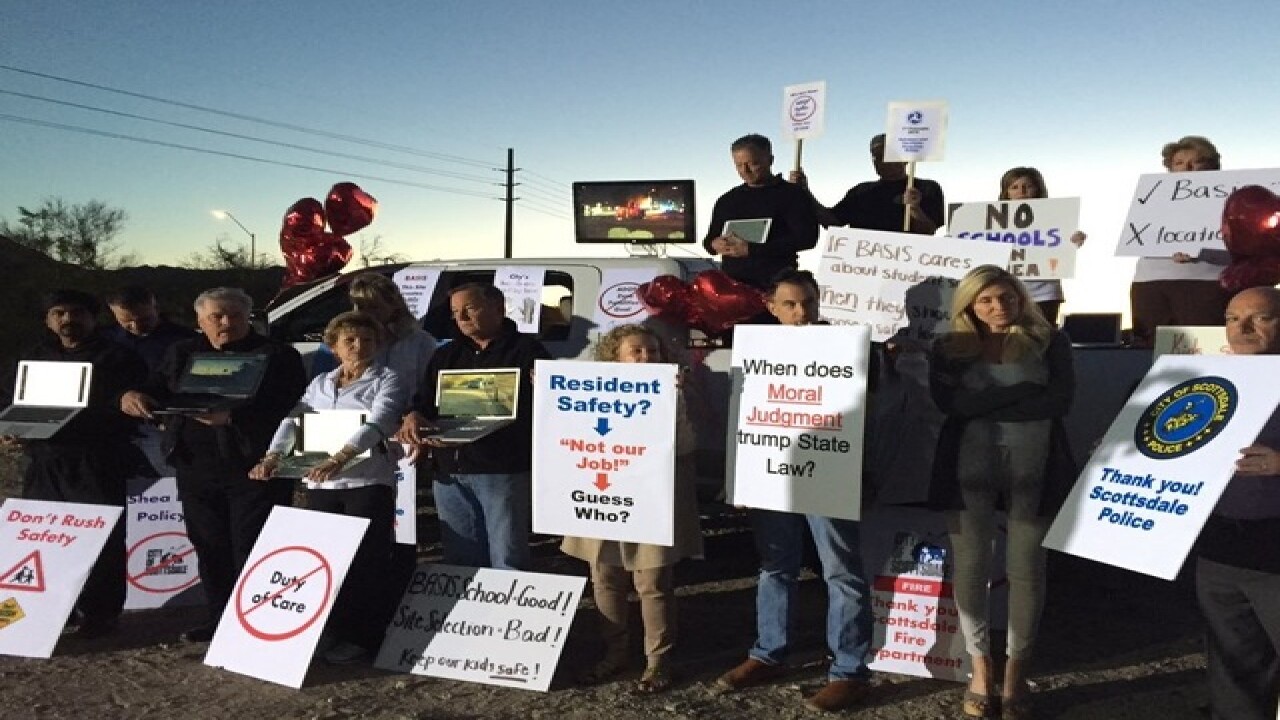 Neighbors in a Scottsdale neighbors near 128th Street and Shea Boulevard are planning a protest for Monday morning, hoping to stop BASIS Scottsdale from being built.

Neighbors say the charter school would be located in a busy area that doesn't have infrastructure to support increased traffic and students walking to school.

"They are trying to shoe-horn in a very large capacity school into probably the lowest cost property that they could find," said resident Randy MacLean, who's part of a group fighting the project.

Residents say the area doesn't have sidewalks or wide enough roads to handle the 1,000 students expected to enroll along the 100 staff members.

BASIS says they are working very closely with the city to address concerns over safety. They plan to enter into a development agreement with the City of Scottsdale to put their commitment in writing.