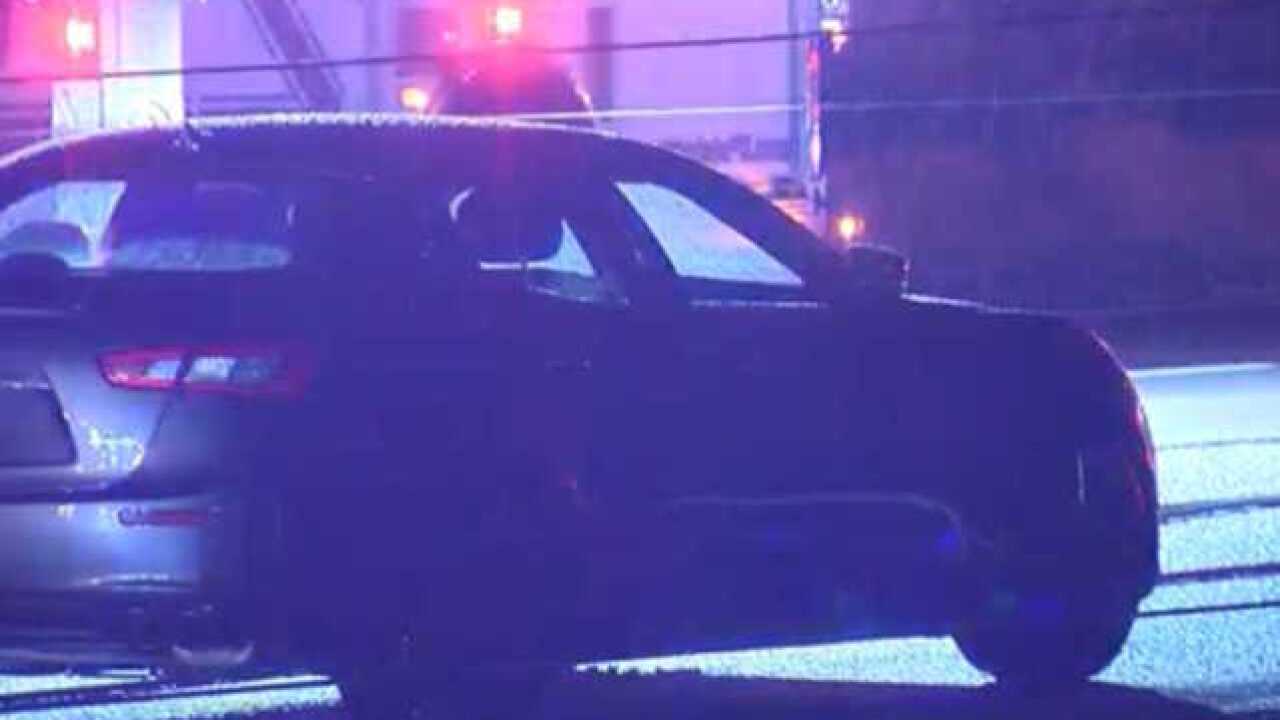 Copyright 2018 Scripps Media, Inc. All rights reserved. This material may not be published, broadcast, rewritten, or redistributed.
John Pellizzari/ABC15 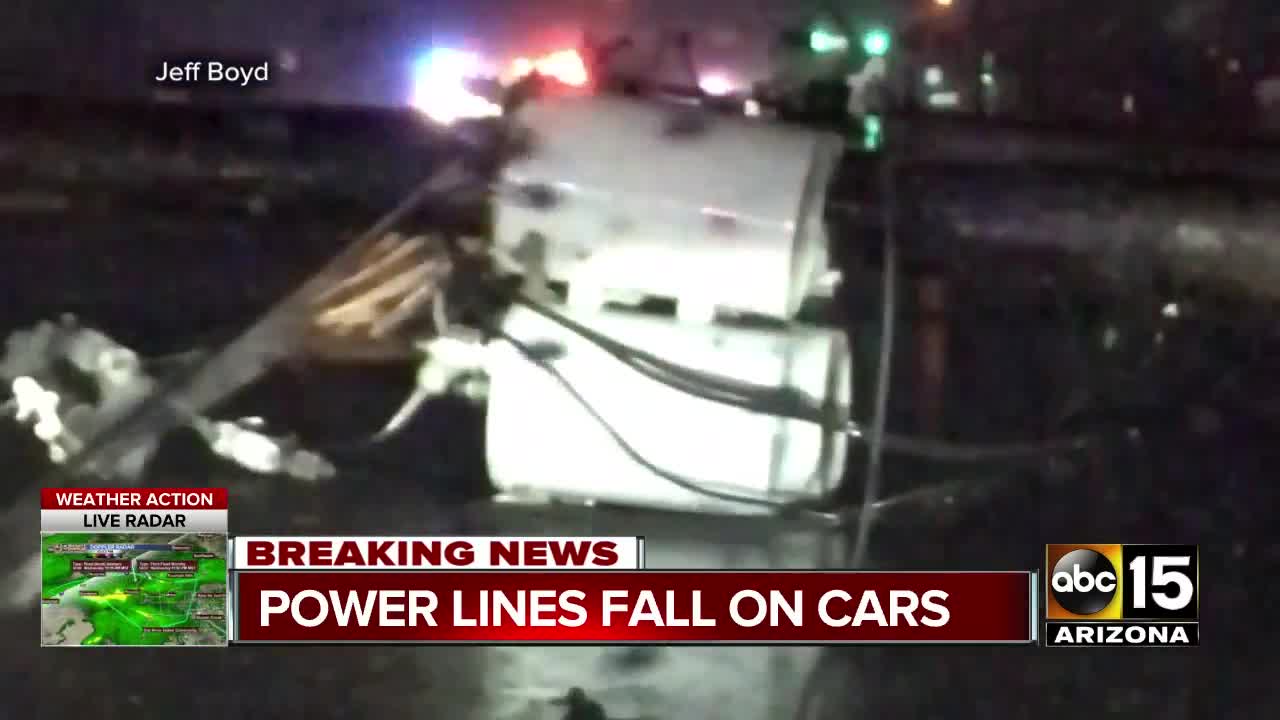 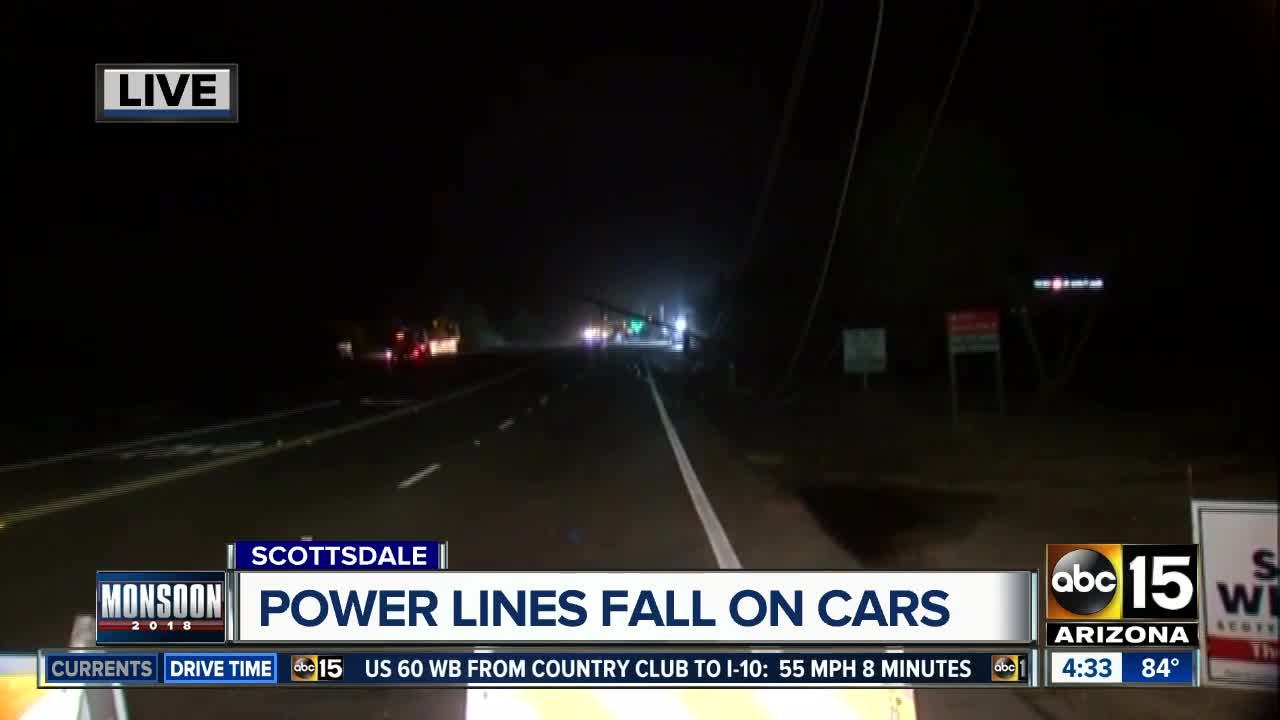 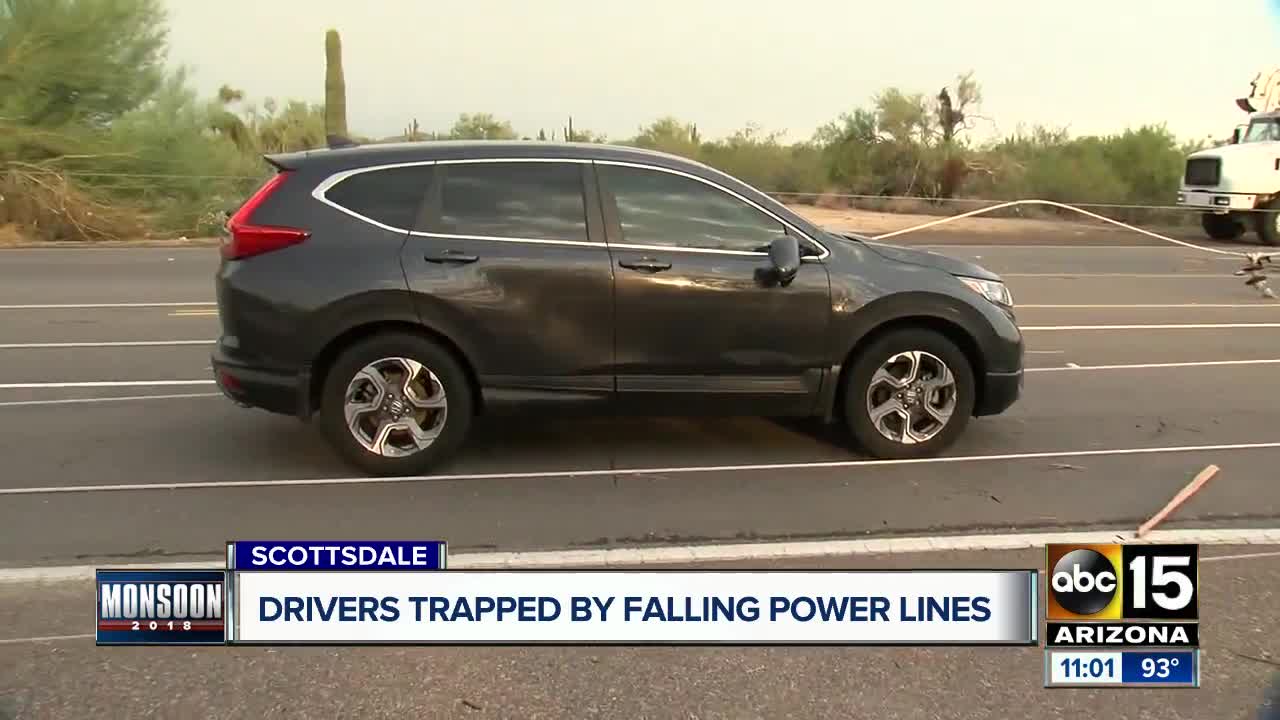 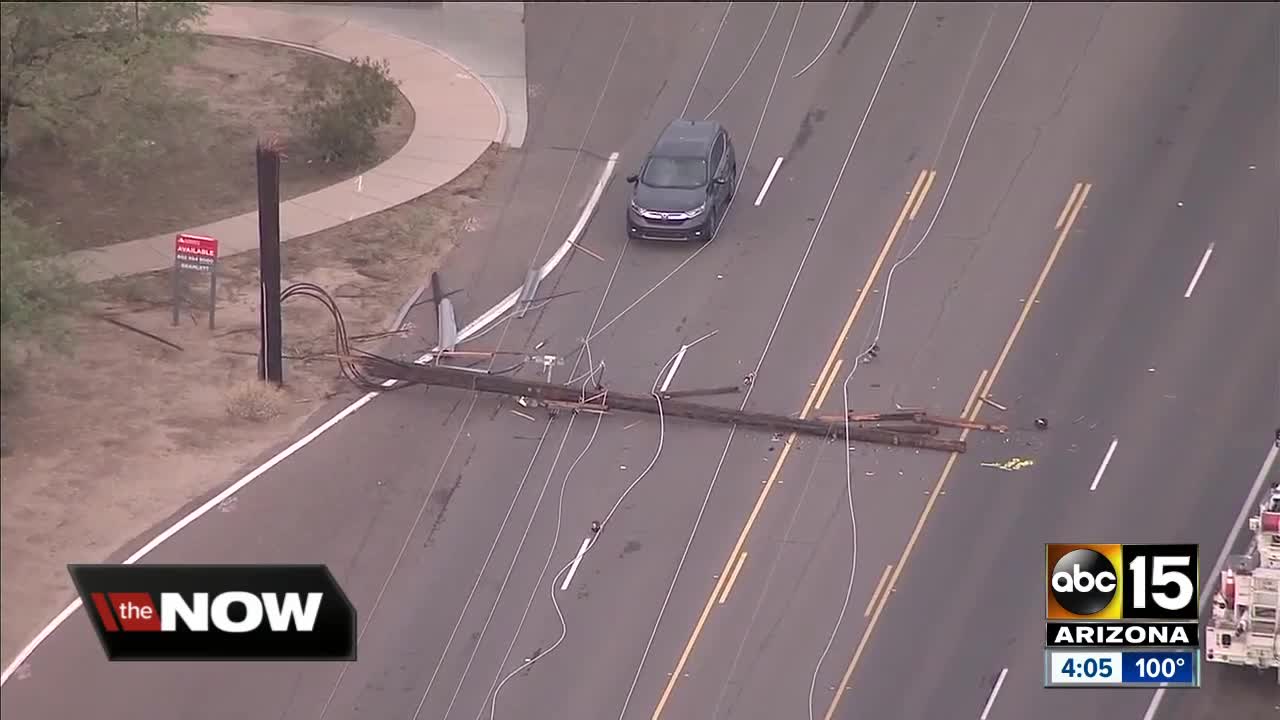 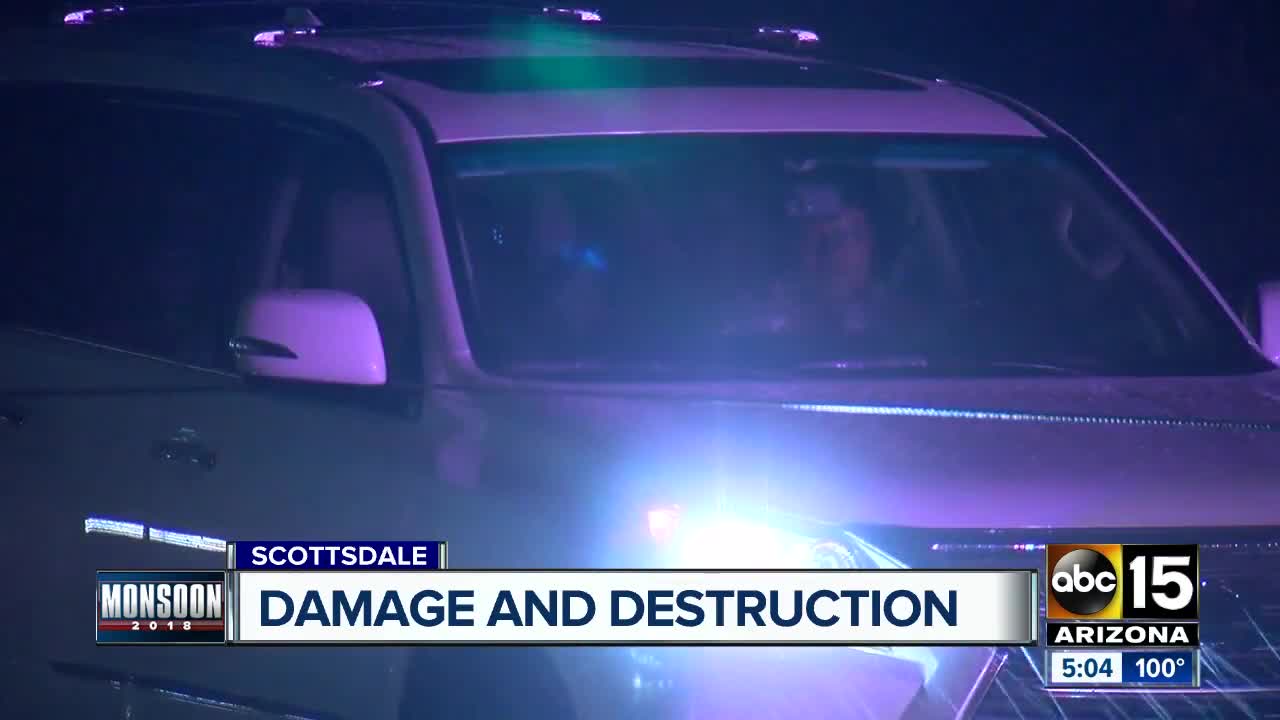 Drivers were trapped inside their cars in Scottsdale Wednesday night after storms toppled power poles onto the vehicles, officials say.

Scottsdale Fire Department spokesman Jim Novotny said as of 8 p.m. there were seven vehicles with occupants stuck inside due to lines on the cars near Deer Valley and Scottsdale roads.

Jeff Boyd and his wife were both trapped due to power lines. They were driving separate cars, his wife was right behind him.

Jeff missed one of the falling poles by feet -- if not inches. He had power lines resting on his side view mirrors.

"Right in front of me, that transformer had four 50 gallon sized transformers on it, they just start exploding. And I just could feel them shaking — the impact Was like from fireworks going off," Boyd said. "I thought for sure the sparks and everything would start ripping back on the cables, but they didn’t. I honestly thought this car was going to explode."

By 9:20 p.m., firefighters said all vehicles and occupants had been moved from the area to a safe location.

"Two more seconds, you know, your daytime’s out any differently — you leave your office at a little bit different time — and this is a soft top — it would’ve just landed right on top of me and then I don’t know what would’ve happened," Boyd said.