Jeff Walther will serve until a permanent chief is hired 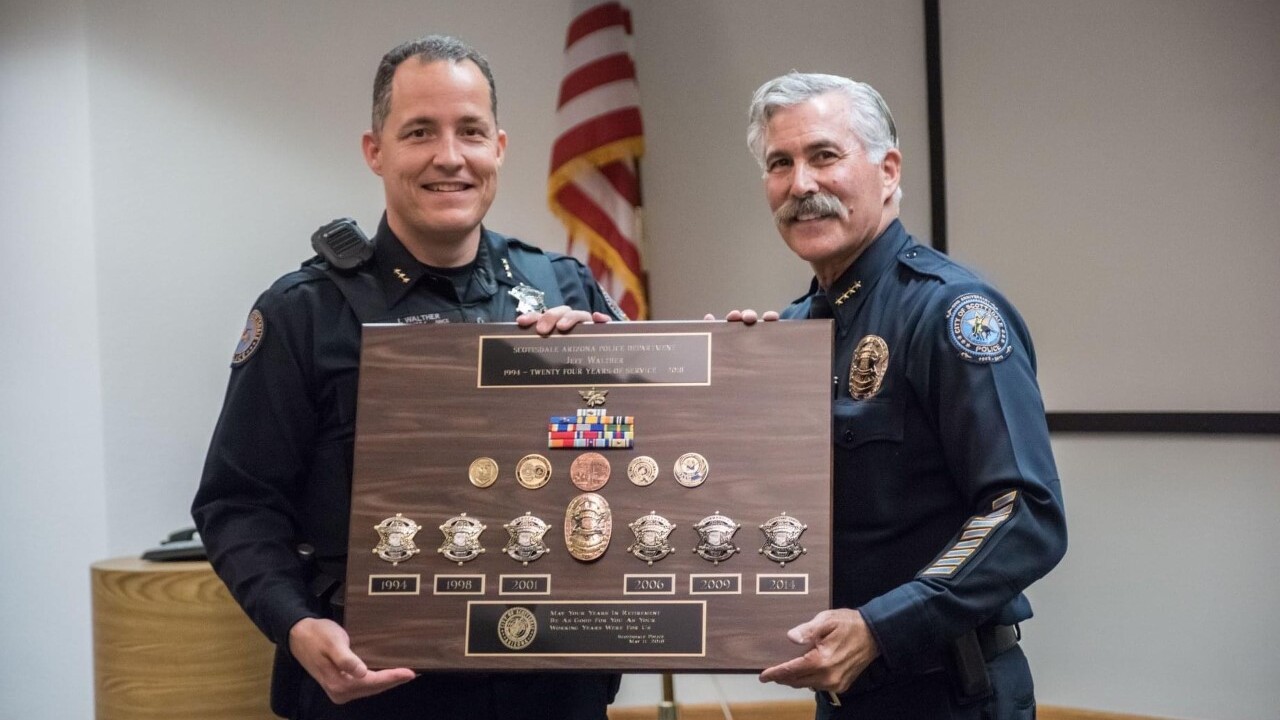 Walther, a former assistant chief who retired in 2018, will return in uniform on December 1.

Walther will replace Police Chief Alan Rodbell, who is retiring, and he will lead the department while the city conducts a national search for a permanent replacement. That process is expected to take six to eight months.

"Alan Rodbell has served this community with dedication and distinction, and with a new City Council taking their seats in January, we will begin the process to recruit someone who will continue that legacy and lead our outstanding police department," said City Manager Jim Thompson.

Rodbell was chief for 17 years, but 2020 proved to be a difficult one as looters raided Scottsdale Fashion Square during anti-police protests in May.

The department will not wait until the interim chief arrives to fill an assistant chief vacancy. Rodbell announced the opening to staff this week. He indicated that only internal candidates could apply, and interviews will take place later this month.

In an email, the spokesman said, “If we waited to conduct this process until after a new police chief is hired, the position would likely remain unfilled into late 2021.”