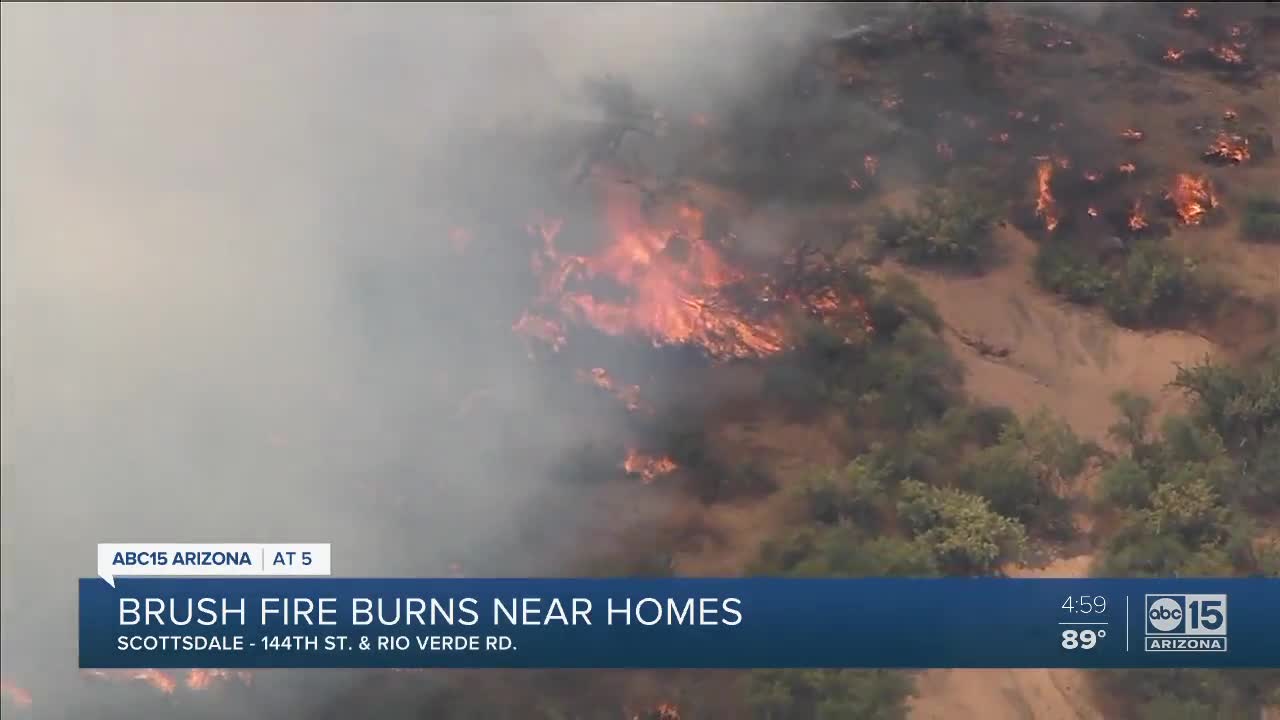 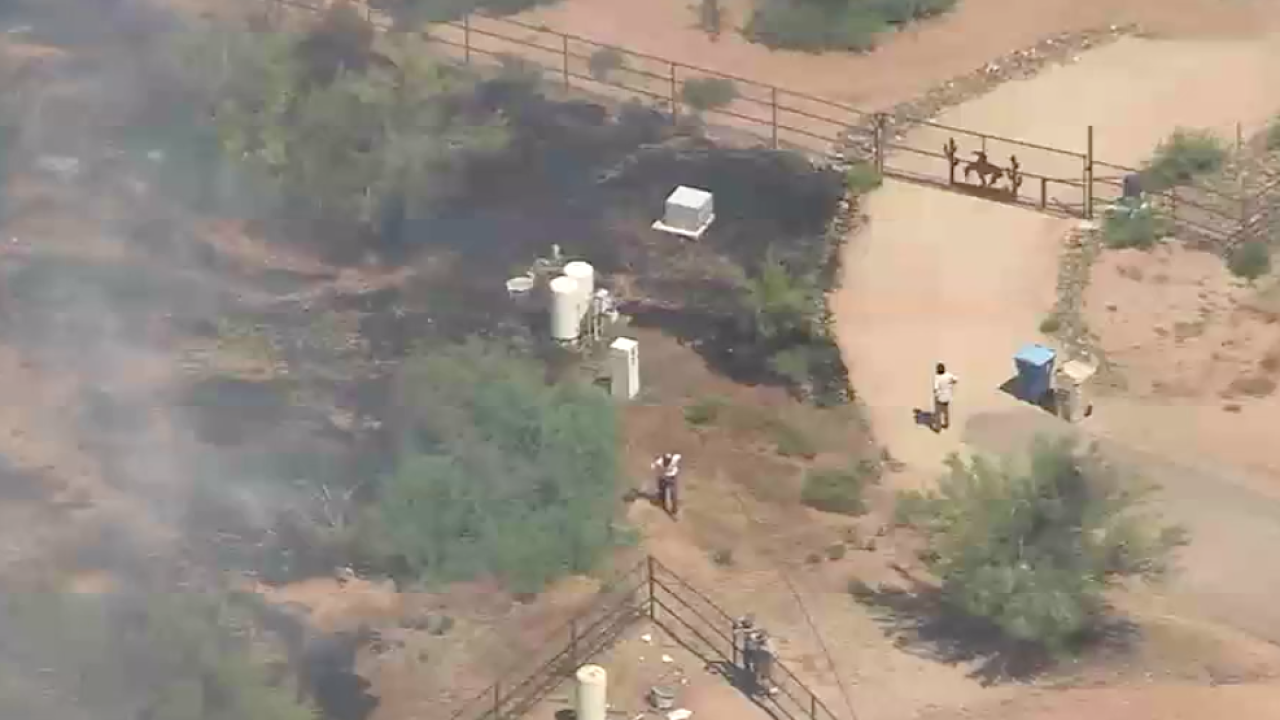 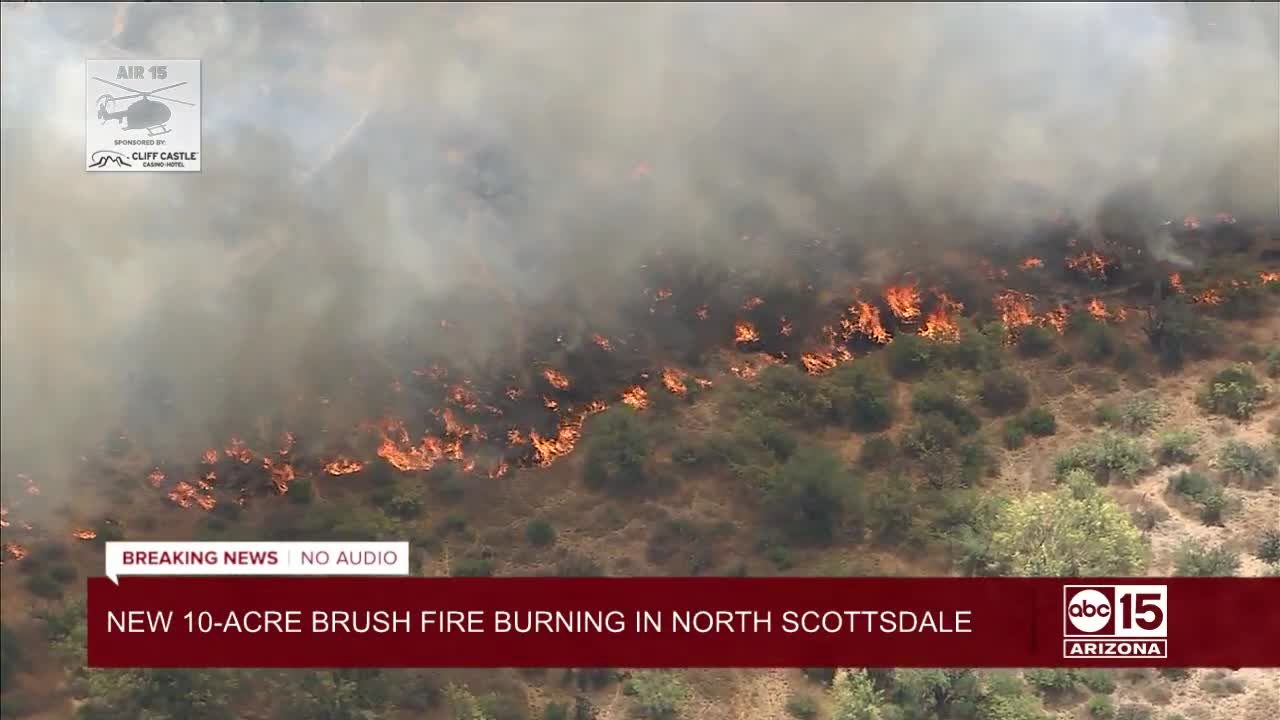 SCOTTSDALE, AZ — Firefighters are battling a brush fire that has ignited in the Scottsdale/Rio Verde area.

The "Peakview Fire" is burning near 144th Street and Rio Verde Drive, about 10 miles southeast of the East Desert Fire.

Rural Metro crews say they are assisting Phoenix and Scottsdale fire departments in fighting the blaze, which is estimated to be about 30 acres in size as of 11 a.m. Tuesday.

Officials initially said one home near the fire was threatened and others could be due to wind in the area, but so far no homes and no livestock have been impacted.

Aerial video from the scene showed fire crews as well as what appeared to be nearby residents using hoses to stifle the flames and shovels to move dirt on top of hot spots.

Arizona forestry officials say some resources from the East Desert Fire were diverted to fight this brush fire, but have since been called off as crews have reportedly stopped the forward progress of the blaze.

The Rural Metro Fire Department says the fire is now 75% contained, but heavy wind in the area continues to be a problem.

The cause of the fire, which forestry officials have called the "Peakview Fire," is unknown.