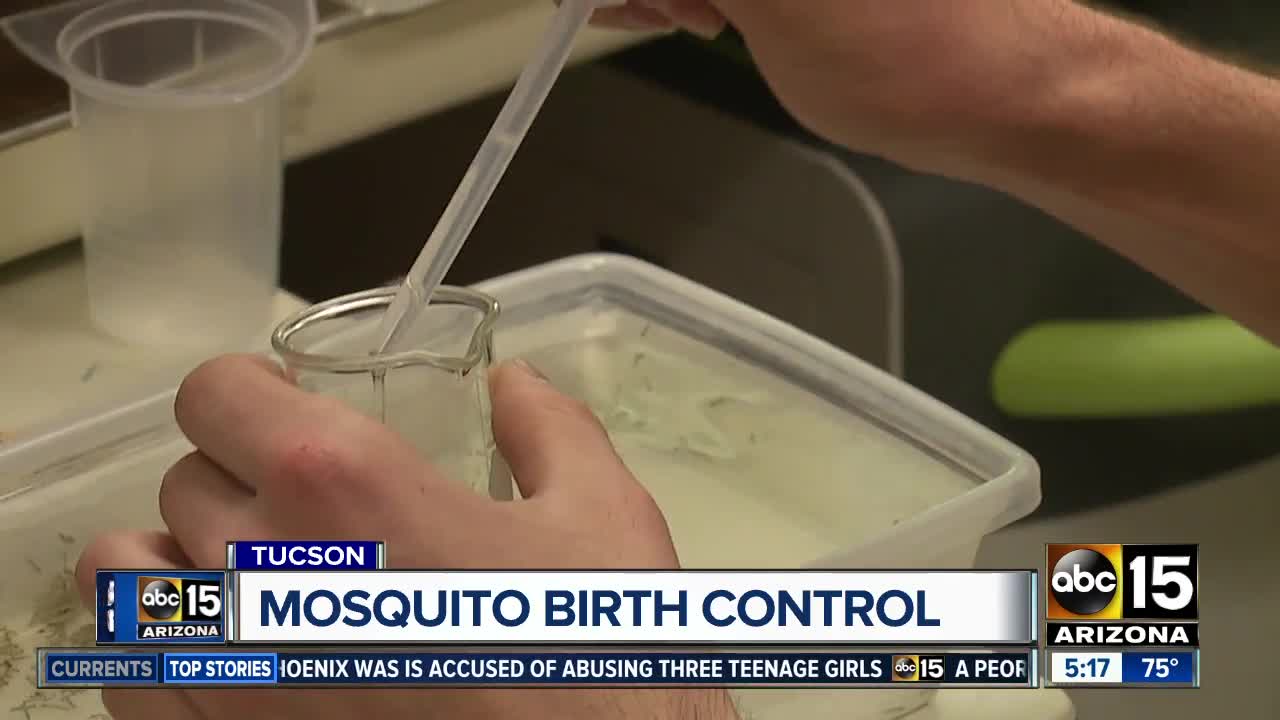 Can you imagine fewer disease-carrying mosquitoes? Researchers at the University of Arizona are looking to create a world with less biting and less blood sucking. 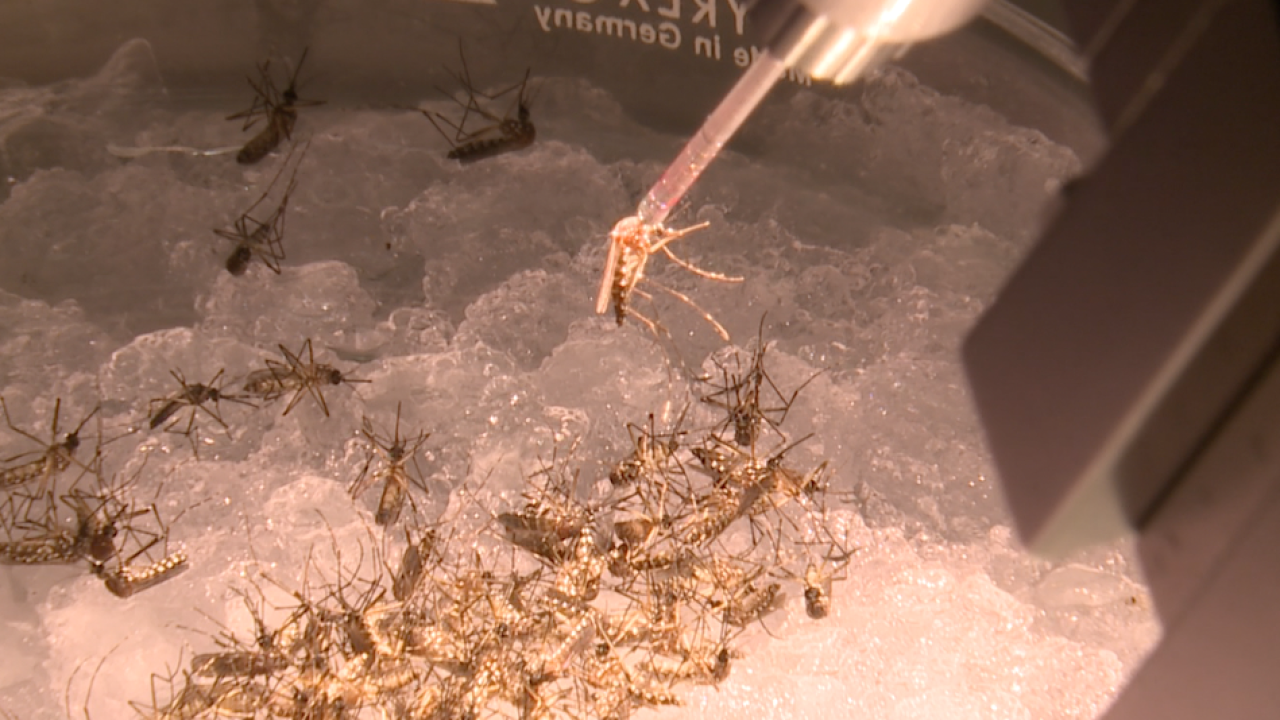 Researchers at the University of Arizona are looking to create a world with less biting and less blood sucking.

Scientists in Tucson are receiving international recognition as they work to develop a so-called birth control for the insect.

"We actually have to inject the mosquitoes one by one," explained University of Arizona Research Scientist June Isoe.

Isoe has injected roughly 100,000 mosquitoes so far and to do it, he has to freeze the flying insect.

"We place the insects to ice or four degrees," Isoe described. "So, they will take a 'nap'."

Isoe has been studying mosquitoes for nearly 30 years and he is the man behind quite a discovery. He found out that if he knocks out a specific gene with an injection, he can stunt a female mosquito's ability to reproduce.

"It's a gene called Eggshell Organizing Factor," explained Roger Miesfield. "When he knocks it out...her eggs look okay in the ovaries. It's as if they're developing fine. So, the embryo is fine, but when she's making the eggshell - the eggshell is not being made properly and you can't tell until she lays the eggs. So, when she lays the egg, they all come out mush...the embryo dies pretty quickly. It doesn't have an eggshell."

Miesfield is a Distinguished Professor of Chemistry and Biochemistry and he oversees the department where this research is being conducted in Tucson.

He said, the goal is not to eliminate the mosquito population. Instead, they hope to limit in areas of the world where there is a high transmission of diseases, such as Zika, Malaria, and West Nile.

"We're able to manipulate a lot of things in humans," explained Research Assistant Max Oscherwitz. "So, we if we do similar techniques, maybe we can also curb those to mosquitoes or other different types of insects that cause pathogenic conditions throughout our community and throughout the world."

The process of the birth control is now patent-pending.

The team said it is just a matter of time before this research can come out of the lab and be used where it is needed most. They estimate it could be anywhere from four to five years before that happens.