Rich Rodriguez described as 'predator' in notice of claim 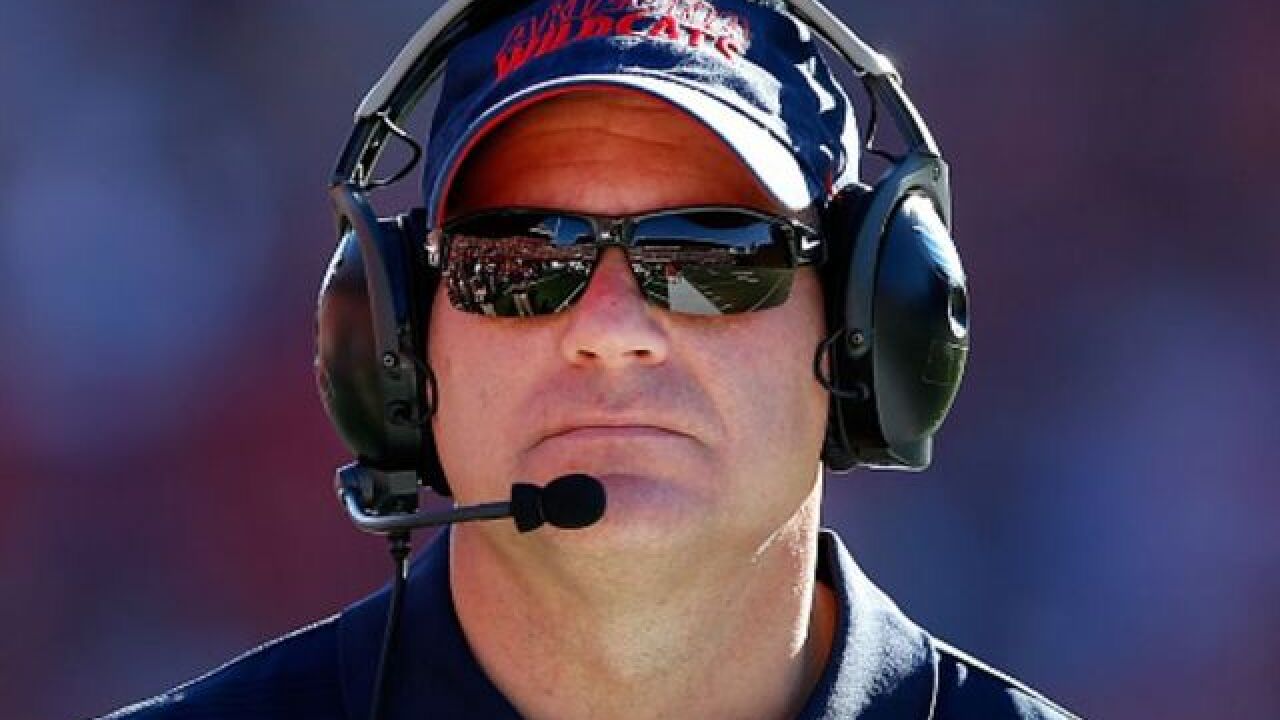 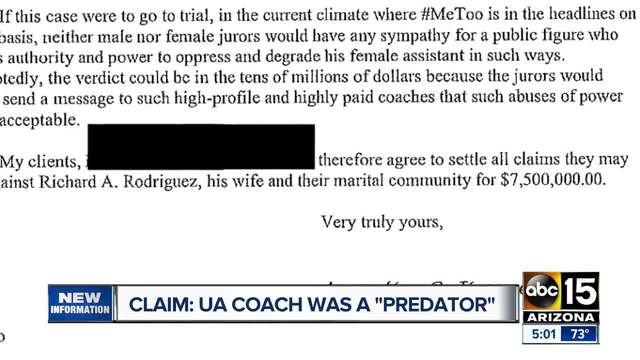 Former Arizona Wildcats head football coach Rich Rodriguez was described as "the predator" in a multi-million-dollar claim against him, alleging that he created a hostile work environment and sexually harassed his former administrative assistant.

The University of Arizona parted ways with Rodriguez on Tuesday night.

ABC15 obtained a copy of the notice of claim, which was filed with the Arizona Attorney General's Office on December 28.

The claim alleges that the accuser was harassed by Rodriguez in several instances, as she worked for him from 2011 until 2017.

The accuser and her husband are seeking $7.5 million in damages from Rodriguez, his wife, and their marital community.

According to the claim, the accuser and two other employees, who referred to themselves as 'The Triangle of Secrecy' were forced to lie to Rodriguez' wife to "cover up his indiscretions, primarily his extramarital affair."

On Tuesday night, Rodriguez posted to Twitter that he had a consensual extramarital affair with a woman who was not affiliated with the university.

Months later in May of 2016, Rodriguez' wife had asked the accuser out to lunch. The lunch became an "interrogation of sorts," to probe what the accuser knew about her husband's promiscuity and flirting, according to the claim.

By March of 2017, the accuser asked to be transferred to another department after she encountered multiple instances of sexual harassment from Rodriguez.

In one particular incident, Rodriguez had asked the accuser to get a pair of underwear for him from the equipment area.

The accuser had another employee deliver the underwear as she was trying to avoid the situation. Rodriguez then made comments to the accuser on how his preferred underwear "visually enhanced" his genitalia when worn, the claim says.

In February of 2017, Rodriguez had called the accuser into his office and told her to close the door. After she closed the door, she looked up to see Rodriguez grasping his genitals underneath his basketball shorts, which had been pulled all the way up, according to the claim.

Rodriguez spoke to the accuser while still holding himself. After the incident, the accuser called another employee and both began calling him "the predator."

On the accuser's last day of work in August of 2017, Rodriguez' wife had cornered the accuser in the office and had demanded to know the truth about her husband's girlfriend, the claim says.

The accuser told Rodriguez' wife that she had known about the girlfriend and had apologized for not letting her know sooner.

After his termination on Tuesday, Rodriguez tweeted that he had fully cooperated with the university's investigation.

In a statement co-signed by University of Arizona President Robert Robbins and Arizona Athletic Director Dave Heeke, "the original specific harassment allegations against Mr. Rodriguez could not be substantiated based on the evidence and witnesses available to it."

Stay with ABC15, ABC15 Mobile and abc15.com for the latest on this developing story.