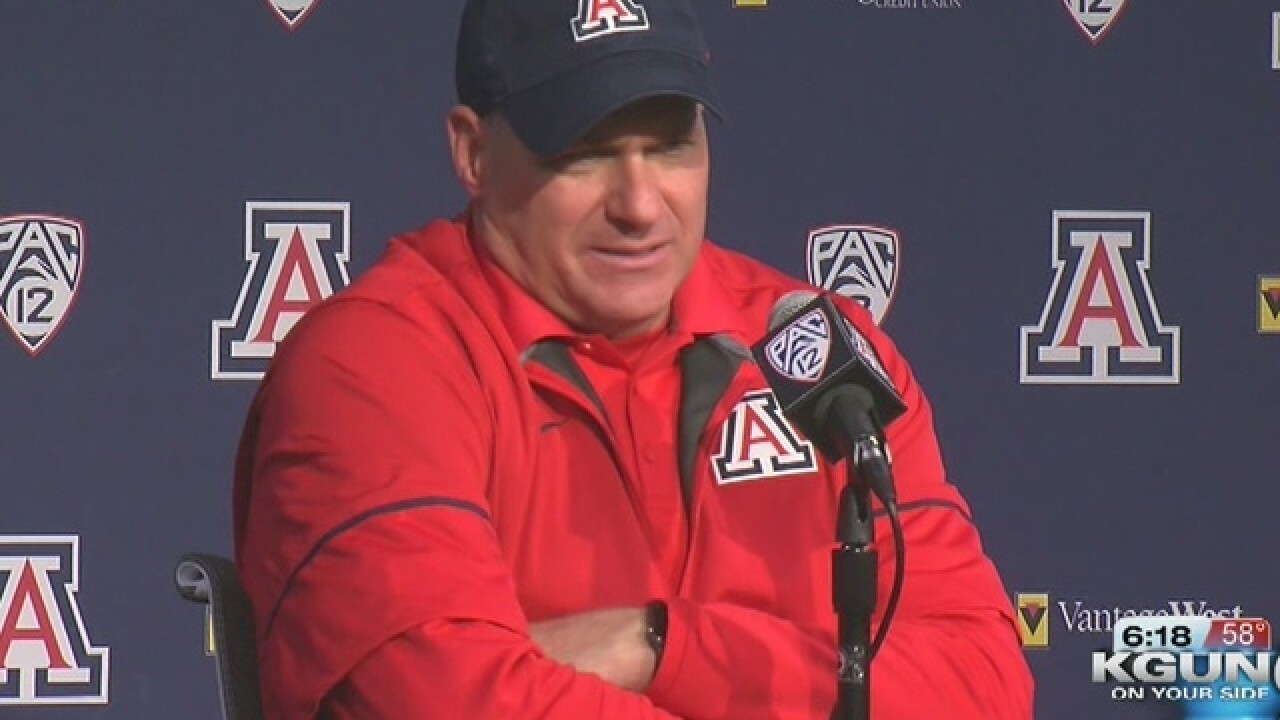 The University of Arizona has fired football coach Rich Rodriguez, according to a release from the team Tuesday night.

However, the school says additional information gathered during the investigation made them contemplate Rodriguez's future with the team.

"However, Arizona Athletics did become aware of information, both before and during the investigation, which caused it to be concerned with the direction and climate of the football program. As a result, we have been reviewing the findings and deliberating our course of action. While this is a difficult decision, it is the right decision. And it is a decision that lives up to the core values of the University of Arizona."

Another release from the school sent to media detailed the team's next steps in looking for a coach.

“After conducting a thorough evaluation of our football program and its leadership, both on and off the field, President Robbins and I feel it is in the best interest of the University of Arizona and our athletics department to go in a new direction,” Heeke said. “We’ll move through the coaching search in an effort to identify a head coach that will build a solid foundation for our program and create an identity of Arizona football that the University, Tucson and Southern Arizona communities can be proud of. We’re excited about the future of our football program and we look forward to introducing our new head coach at the completion of the search process.”

Rich Rodriguez released a statement on Twitter following the school's announcement, noting he cooperated fully with the investigation and even passed a polygraph. He admitted to having an extramarital affair with a woman who is not affiliated with UA.

"I am still working incredibly hard to repair the bonds I've broken and regain the trust of my wife and children, whom I love dearly," Rodriguez wrote.

Rodriguez was named UA's head football coach in 2012. His best season in Tucson came in 2014 when he led the Wildcats to 10 wins, a Pac-12 South championship and a Fiesta Bowl appearance.

Rodriguez's son Rhett is a quarterback at Arizona, and his daughter Raquel is a part of the university's cheerleading squad.

Stay with ABC15 and abc15.com for more on this developing situation.