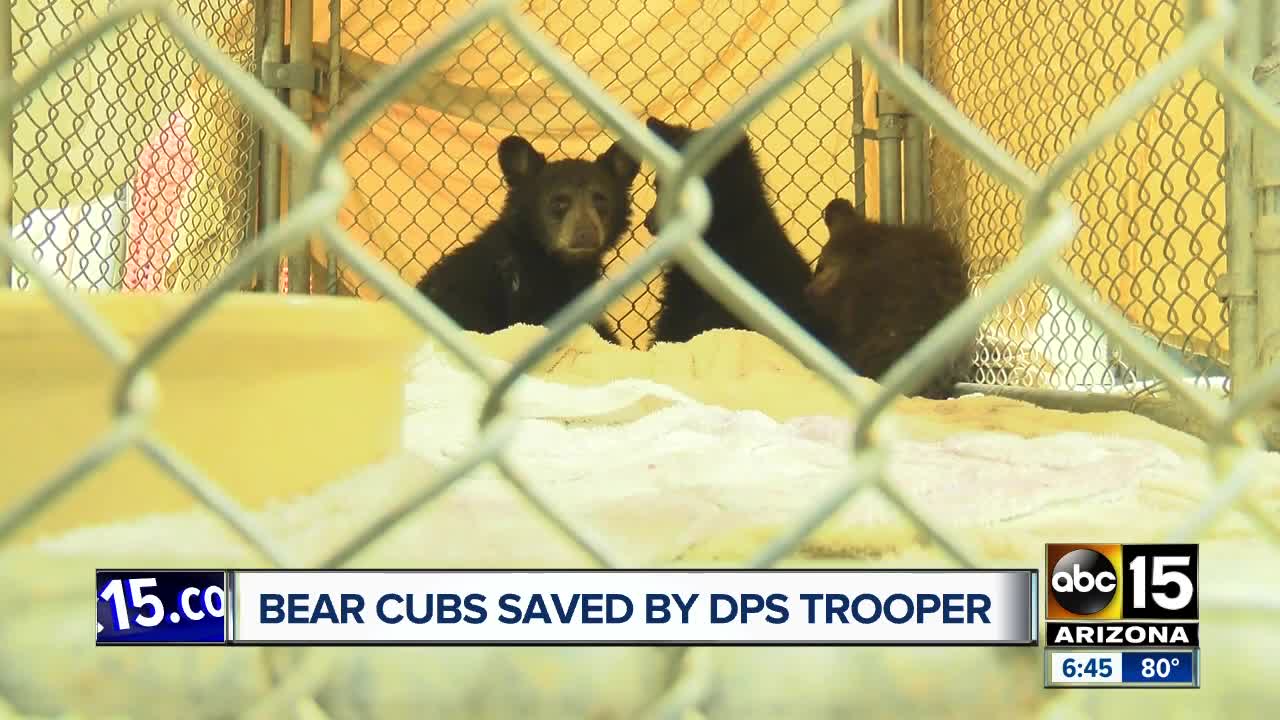 The cubs are still nursing and will be released into the wild after they've grown up some. 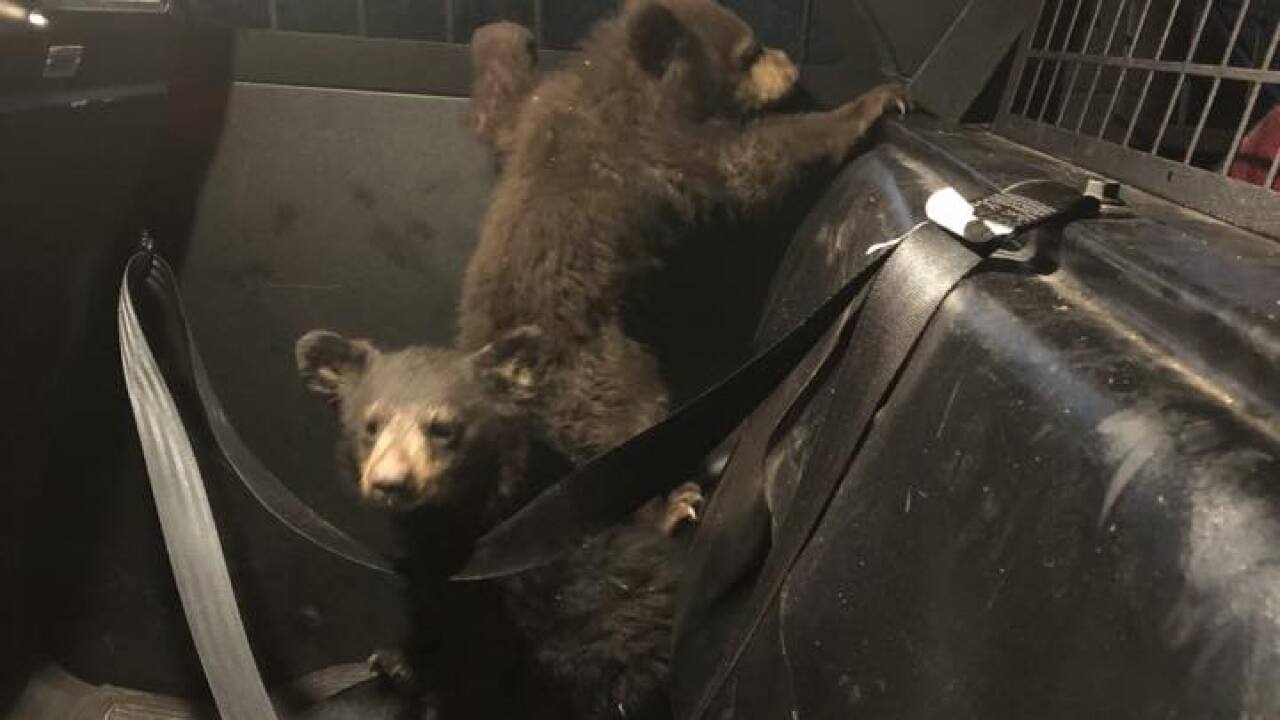 The Arizona Department of Public Safety says three cubs are being cared for after their mother was hit and killed on State Route 77 Monday morning.

This morning, troopers from District 6, Oracle, responded to a crash involving a bear on SR-77 at Dudleyville. The bear was deceased. With help, the trooper was able to capture the bear’s 3 cubs and turned them over @azgfd. #CourteousVigilance pic.twitter.com/2g7ZTGaYBK

DPS says the crash occurred near Dudleyville and the mother bear was found dead at the scene.

Three small bear cubs were located nearby. Troopers, Hayden police officers and a citizen loaded two of the cubs into a patrol car.

Arizona Game and Fish Department arrived and took over, capturing the third cub.

They will be taken to Southwest Wildlife Conservation Center in Scottsdale for rehabilitation and possible release back into the wild.