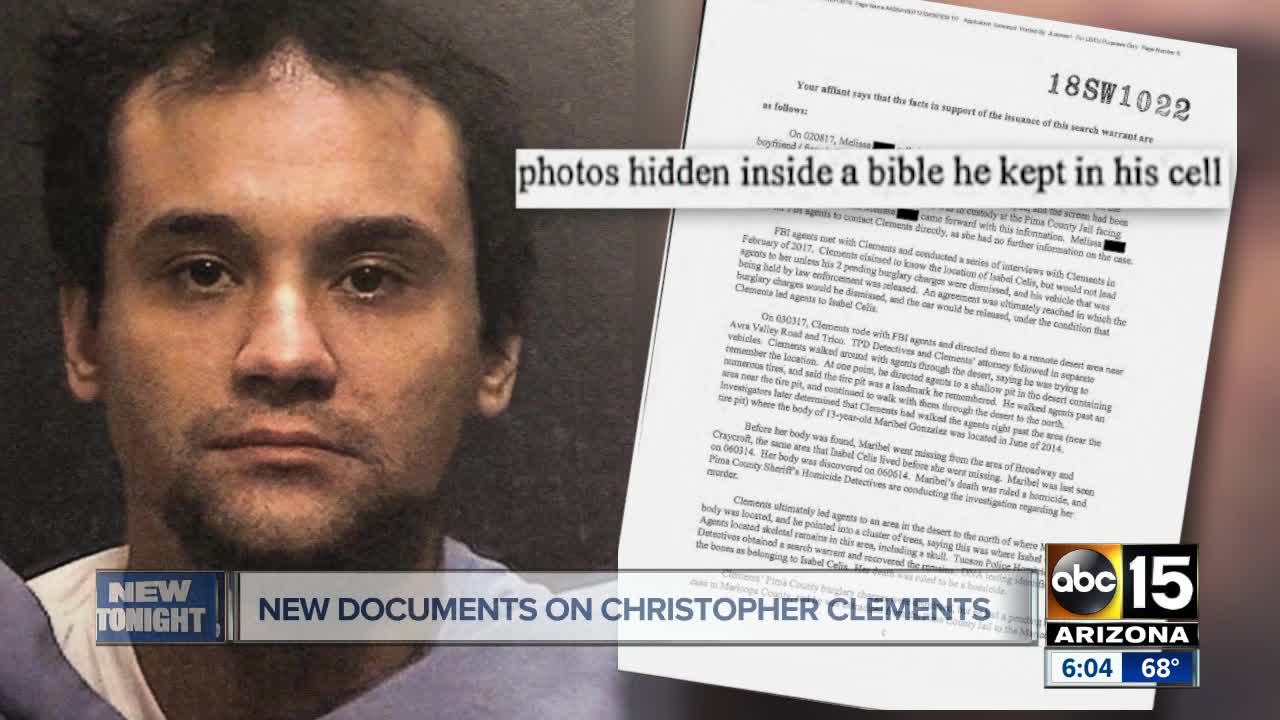 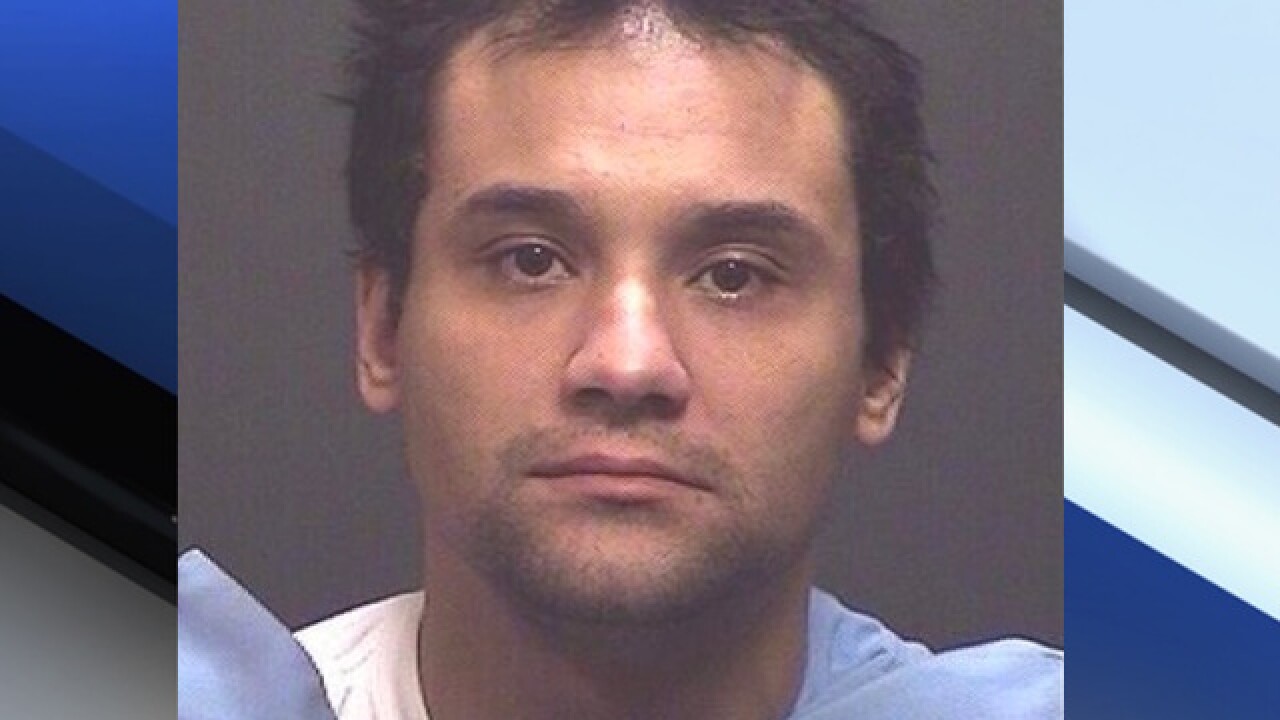 Christopher Matthew Clements, 36, had been in a Phoenix jail for more than a year on burglary charges when the indictment in the case of the killings was issued in September. He was extradited to Tucson for the arraignment and has pleaded not guilty.

While at the Pima County Jail, documents reveal Clements told an inmate he kept photos of Isabel's home hidden in a bible in his cell. According to search warrants issued by Tucson Police, the pictures show the outside of a home believed to be Isabel's. In prison, Clements reportedly told an inmate the 6-year-old was taken out of her home in 2012 through a window. Investigators say Clements told the inmate he was worried about evidence left in the trunk of the car used to kidnap her saying, "strands of hair never go away".

In a letter written to his fiancé in 2017, documents state Clements refers to the area in the desert where Isabel's remains were found. In the letter he never names Isabel, referring to her as "YKW", which investigators believe stand for "you know who." Clements also refers to "another" found in the same area. Investigators say he's referring to Gonzalez. However, documents state Clements then alludes to more victims stating, "four were left there". Clements allegedly claims to know who they are and has evidence regarding all four.

A search warrant affidavit that was recently unsealed say that a woman engaged to Clements called the FBI in February 2017 to say he knew the location of Celis' body.

At the time, Clements was in jail on burglary charges. He traded information with authorities about the body's location in exchange for the charges being dropped and his impounded car being returned, according to the search warrant affidavit cited by KOLD-TV. Police in Tucson did drop those charges, but there were others pending in the Phoenix area, so he was jailed there.

Clements led authorities to Celis' skeletal remains on March 3, 2017. It was then that investigators realized the area was also where Gonzalez had been found three years earlier.

Celis went missing from her Tucson home in April 2012. Gonzalez never came home after going to visit a friend in June 2014. Her body was discovered a few days later in a remote area near Tucson.

It's unclear how Clements knew where Celis' room was or how he came in contact with Gonzalez, although they both went missing from the same area of Tucson. According to the search warrant, he alluded in a letter to there being two more bodies in that area, but police haven't reported finding any.

In October 2017, months after Celis' body was found, Clements' fiance called them again and tipped them off to some items of interest that were buried in the couple's former home.

Police who searched that home found a little girl's purple sweatshirt and schoolwork with the name "Mercedes" on it, which was Celis' middle name.