Charges have been filed in the murder of two young girls, Isabel Celis and Maribel Gonzales.

Charges have been filed in the murder of two young girls, Isabel Celis and Maribel Gonzales.

According to ABC15 sources, charges have been filed against 36-year-old Christopher Clements for homicide in both cases.

Clements is currently in custody in Maricopa County jail on multiple fraud and burglary charges according to online court records. Six-year-old Isabel Celis (pictured above) disappeared from her family home in April 2012 in Tucson. Her disappearance and massive multi-agency search made national headlines.

Thousands of leads turned up nothing. The National Center for Missing and Exploited Children released an age progression of Isabel in hopes of sparking new leads a few years later.

Five years later investigators recovered some of her remains, but it was not enough to identify her. A DNA test later came back and confirmed that it was indeed Celis.

Maribel Gonzales was 14 years old when she went missing from her home in Tucson in 2014, according to KGUN. Her body was found several days later, miles away in a desert area near Trico Road and Avra Valley Road in Tucson.

"I'm so happy for justice for my beautiful daughter and the Celis family. I know Maribel is up there dancing with joy...and happy that this is all happening. My family and I are still struggling to digest this all. It's bittersweet. A lot of emotions because this doesn't bring my daughter back. I just hope he pays for his evil actions." 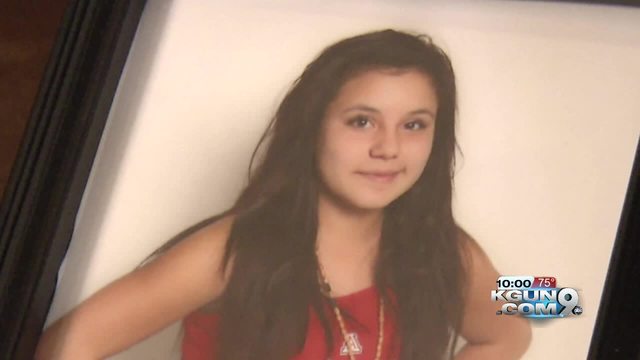 Clements has a lengthy criminal record including convictions for a child sex crime, identity theft, assault, and failing to register as a sex offender.

Clements has been held in Maricopa County jail for months where he's currently facing several additional criminal charges for burglary and fraud.

In the burglaries allegedly committed by Clements, prosecutors describe a suspect who worked to research his potential victims and set them up through elaborate schemes.

Clements is accused of targeting an elderly Valley couple, both in their 80s, in one case.

A description of one burglary was described in detail in a June court filing:

"(Victims) received a phone call to their home from a blocked number The female caller told them the FedEx had a package for them and they needed to come pick it up...(The victims) asked to speak to a manager, at which time, a male got on the phone and reassured them they both needed to come to FedEx and pick up the package. When asked where the package was from, the male stated he could not divulge that information but that it had something to do with cancer. (One of the victims) has cancer and her daughter recently passed away from cancer, so she and her husband decided they would go to FedEx and pick up the package...When they arrived back at their home, they realized their home had been burglarized when they were gone."

The victims reported thousands of dollars of jewelry were stolen, records show. Phone records and GPS tracking linked the calls to Clements.

In other burglaries, Clements is accused of using the same phone to set up or attempt to set up victims.

Law enforcement sources tell ABC15 that Clements is under investigation for additional burglaries in the Phoenix area and could be charged for those as well.

The sources said there is concern that Clements could have other child victims other than Celis and Gonzalez given his criminal history as a sex offender.