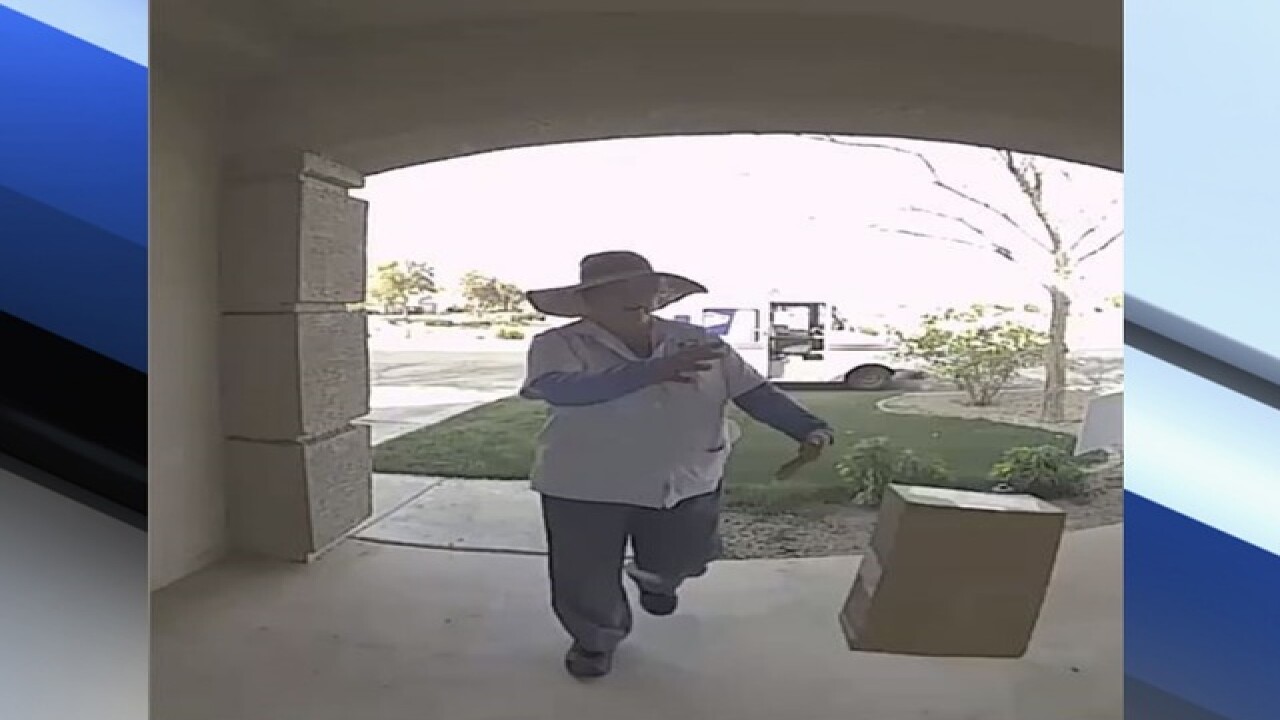 That's not what one postal worker did in Coolidge -- and it was all caught on tape.

"I would definitely teach him to treat everyone's things as if they're his own."

Michael Calvin is a brand new dad to 4-month-old Jeremiah, but he already wants to make sure his son knows how to take care of someone else's stuff.

And by the looks of it, he says his postal worker could use a refresher.

"I actually felt disrespected," he said. "I felt like that person didn't handle my property as if they would have handled their own."

And it was all caught on tape through a camera in his doorbell.

Looking at the video, you can see the postal worker get out of her truck, walk up to the front door and drop the package on the ground. Watch the full raw clip of the incident in the video player above.

If you look closely, it even looks like she gives it one final kick before walking back to the truck.

Inside the package was a special Valentine's Day gift for his wife - a pair of limited edition Air Jordan shoes.

"She's not really a chocolate or flowers type of girl. She like shoes!"

Michael and his wife collect shoes. They have dozens of pairs, mostly Air Jordans. They may seem like just shoes to the rest of the world, but for Michael, who grew up with limited means, they hold a special meaning.

"I'd take a toothbrush to clean them daily and nightly and...the shoestrings and everything! Make sure everything in order to have a nice pair of shoes for the year because you never knew when the next pair was coming."

In response to the incident, the U.S. Postal Service sent the following statement:

"We are aware of the video and have apologized to the customer. The situation has been addressed with the employee. This is clearly unacceptable behavior that does not reflect the efforts of the thousands of professional, dedicated carriers in our workforce."