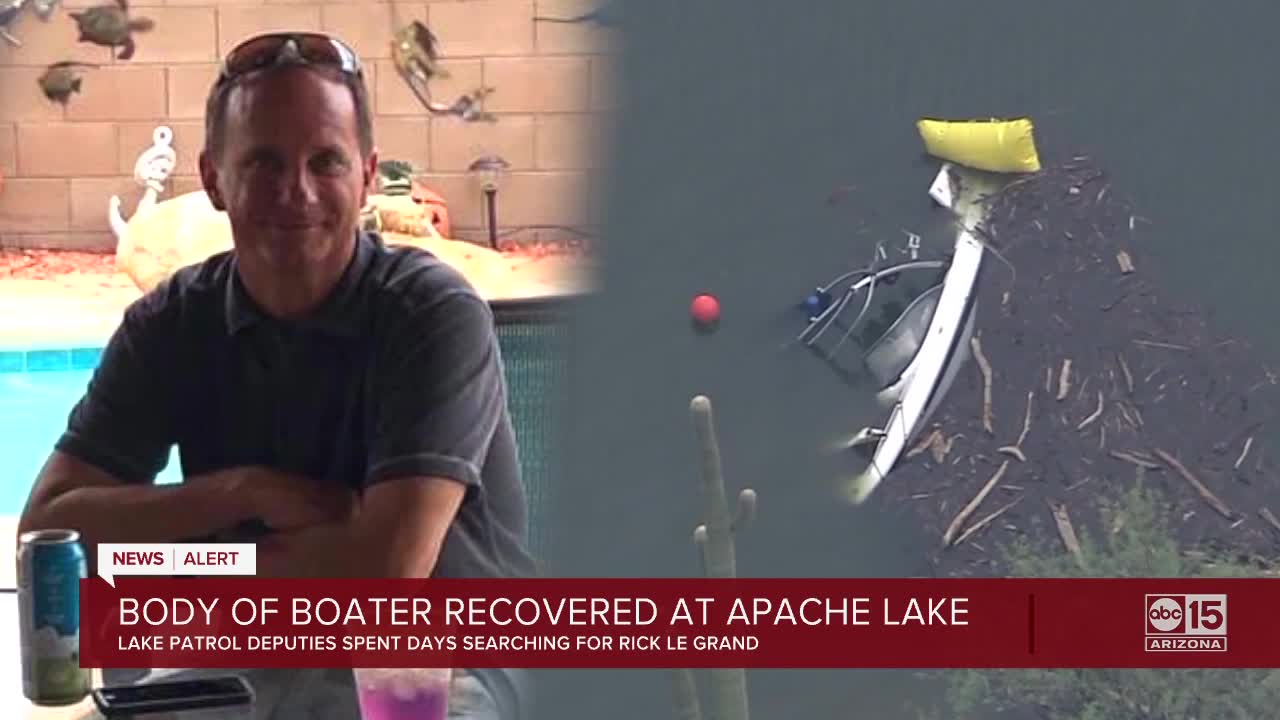 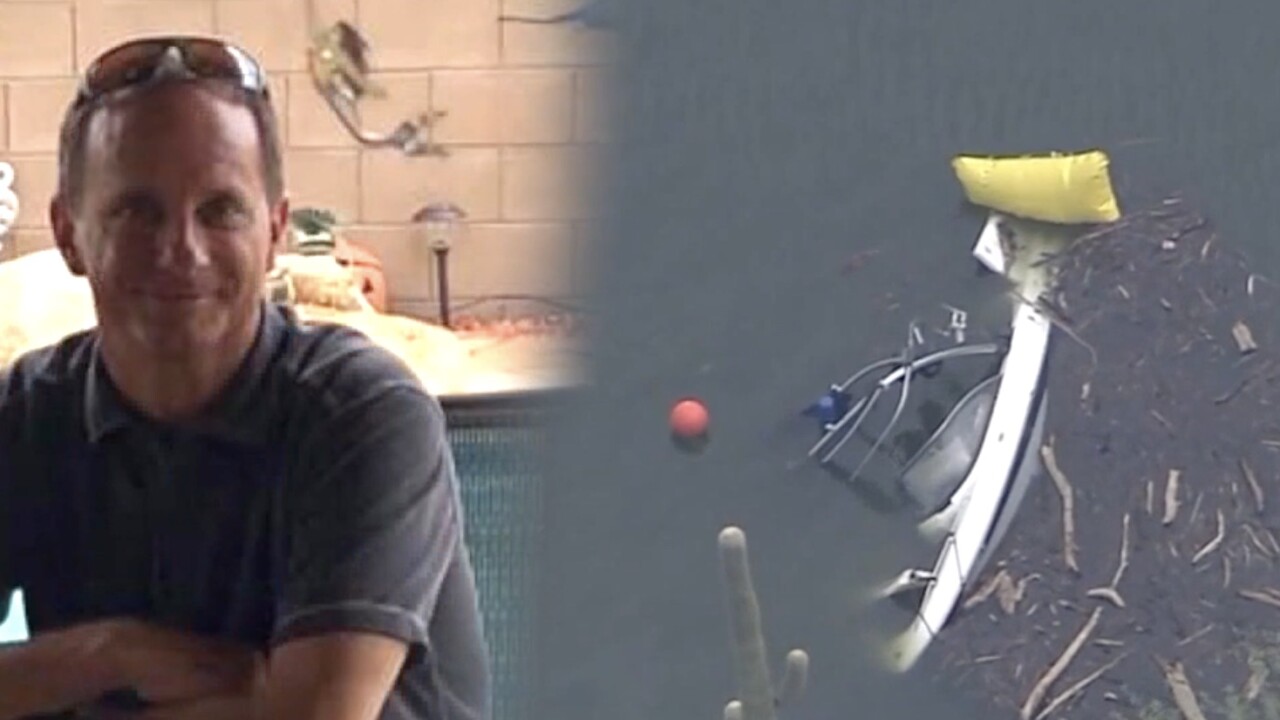 The Maricopa County Sheriff's Office says crews have recovered the body of a second person who went missing after a boat capsized at Apache Lake last month.

Earlier today, Lake Patrol deputies were able to recover the body of Rick Le Grand at Apache Lake. Thank you to all who were involved in this recovery effort and bringing closure to the family. pic.twitter.com/CSRNkTkYqp

The boat reportedly capsized near Alder Creek as a large storm moved into the area. The boat, with five people on board, was trying to leave the area as the storm approached but the engine would not start. Someone on another boat attempted to help jumpstart the boat but the efforts were unsuccessful.

As the storm approached, the boat began to capsize. The driver of the other boat, and their passenger, were reportedly able to help rescue three of the five people on the stranded boat.

Two of them, 52-year-old Rick Le Grand and 41-year-old Deanna Peterson, were not able to be located. MCSO officials recovered Peterson's body August 25.

Le Grand's aunt told ABC15 he loved the lake. "He loved it, he loved the water," said Tina Blackburn. "He was a desert rat but he was a water dog."

Blackburn said Le Grand was an electrician and ran his own company out of Scottsdale. "I just want everybody to remember what a loving person he is," she said. "It's a great loss."

Blackburn told ABC15 Le Grand was meticulous in all aspects of life and she's having trouble processing the inoperable boat. "That's the crazy thing right there," she said. "That just says to me, again, it was Rick's time to go home and not be here anymore with his family."

ABC15 also talked a friend who knew both Le Grand and Peterson. "We all were really tied together through that lake," said Phil Brown, a Tucson attorney.

Brown told ABC15 he's known Le Grand for decades and Peterson began working for his law firm in 2012. "She was dry and sarcastic and hilarious, if you knew her," Brown said. "She was subtle enough that you might not catch her humor if you didn't know her."