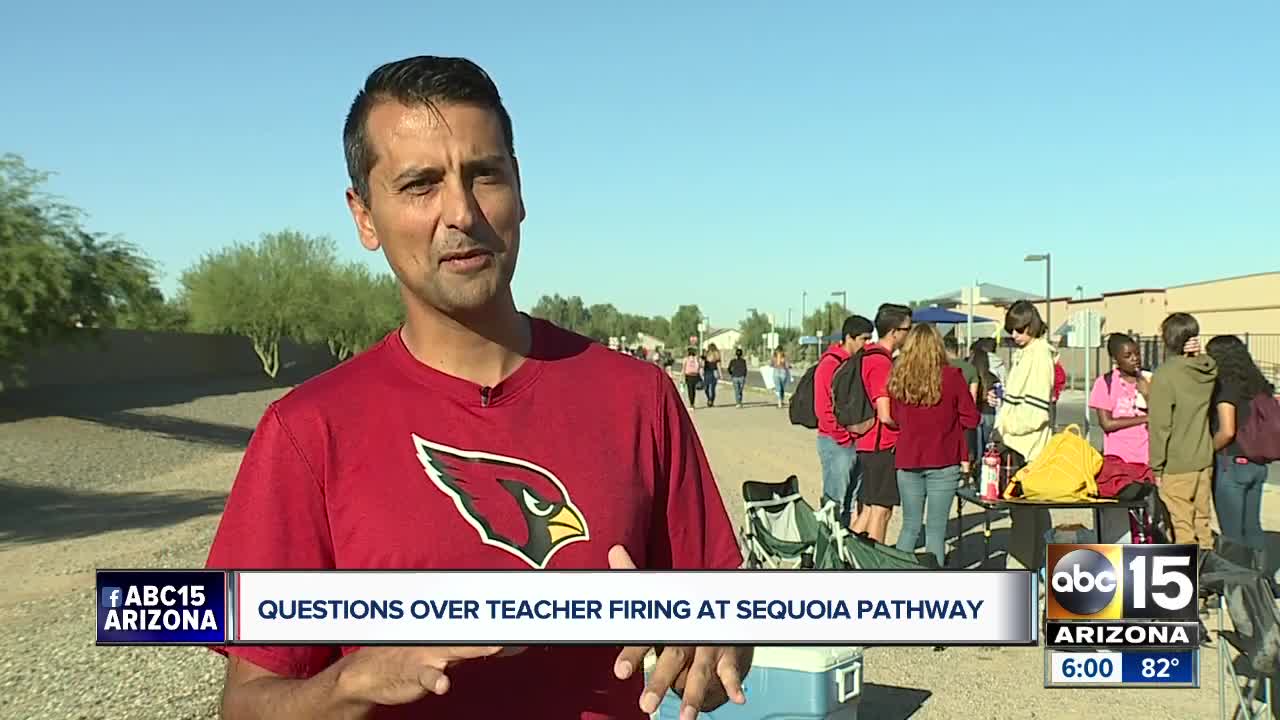 About 100 students and parents at Sequoia Pathway Academy in Maricopa took their discontent to the streets after learning that a longtime teacher had been fired recently. 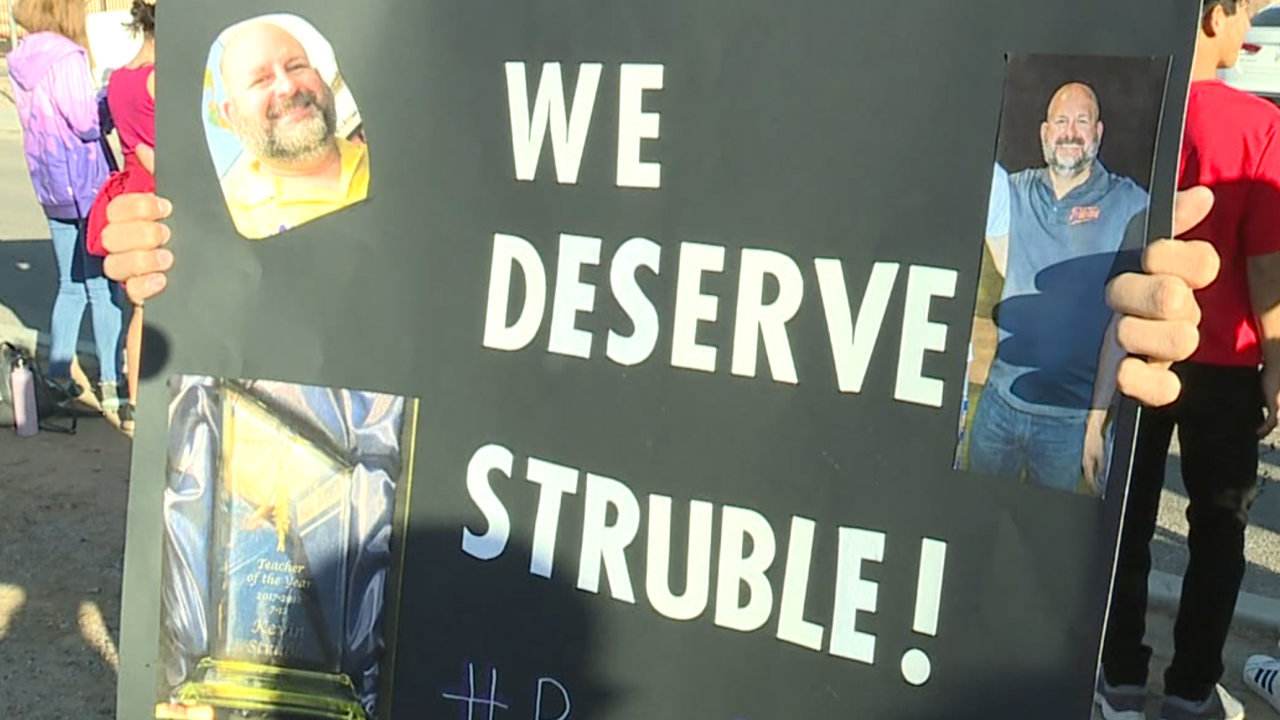 MARICOPA, AZ — About 100 students and parents at Sequoia Pathway Academy in Maricopa took their discontent to the streets after learning that a longtime teacher had been fired recently.

"He's pathway's number one fan, he's always there for the kids and the teachers and the extracurriculars; it's amazing," said Joliegh Boothe, a senior and student council representative just outside the school Monday morning.

According to those at the protest, Mr. Kevin Struble was a long-standing math teacher at the K-12 charter school. Struble was even named 'EdKey Teacher of the Year' a few years ago.

Students and parents have told ABC15 they aren't exactly sure why the teacher was terminated. They say it's concerning given that he always helped tutor the students who needed extra help and helped make props for various organizations within the school.

The school's CEO, Mark Plitzuweit, responded to our questions via e-mail, citing federal privacy laws for not releasing any details on recently terminated teachers.

"He's (Mr. Struble) is highly respected within the school, by faculty, teachers, and students," said Brendan Oosthuizen, the father of an 8th grader at the school. "I have not received any notification why he's been terminated, a complete surprise."

Oosthuizen says the firing speaks to the more significant issues happening at this K-12 charter school, part of the EdKey group.

"So I'd say you know, it's the principal who doesn't really know her school or the culture of her school. The dysfunction with her and EdKey is really the travesty; the disappointing factor of how the school's culture has changed for the negative in one single year," adds Oosthuizen.

ABC15 asked EdKey about the allegations that the current principal is not certified to teach K-12. Here was their response:

"Ms. Dightmon is not a certified principal at this time, but has been with the organization for a number of years as an extremely successful assistant principal and teacher (K-12)."

ABC15 learned that Mr. Struble isn't the only teacher recently fired, but the school's CEO would not elaborate on the details of recent terminations citing the protocol outlined by federal law.

One parent told us math and science, core subjects at the high school level, are currently being taught by permanent substitutes.

ABC15 reached out to EdKey, the school's top office, and was provided the following statement:

"Thank you for reaching out. I am unable to discuss specifics concerning current or former employees, and the actions taken by Sequoia Pathway Academy administration or the employees themselves. On the other hand, I do understand that these employees are free to say whatever they want, to whomever they want, whether it is truthful or not. As an organization, if a termination takes place, it has been thoroughly vetted with appropriate documentation, along with adherence to legal precedent, even in this right to work state. Keep in mind that student and staff safety will always be of the highest concern. I have also verified that there have not been any terminations at Sequoia Pathway Academy today.

Since usually, only half the story is what is made available for public consumption, we can expect individuals to be upset. It's always the second half of the story that can't be shared that could bring clarity to the actions. The only way this information would be shared is if an employee were willing to sign off on the release of their personnel file. We are aware that Certified Math, Science, and Special Education teachers are the most difficult positions to fill across the State, (+/- 1500 open statewide) so we are, and have been, working diligently to find qualified individuals to fill any open positions that we have."