Landlord insists on eviction in spite of Ducey's executive order 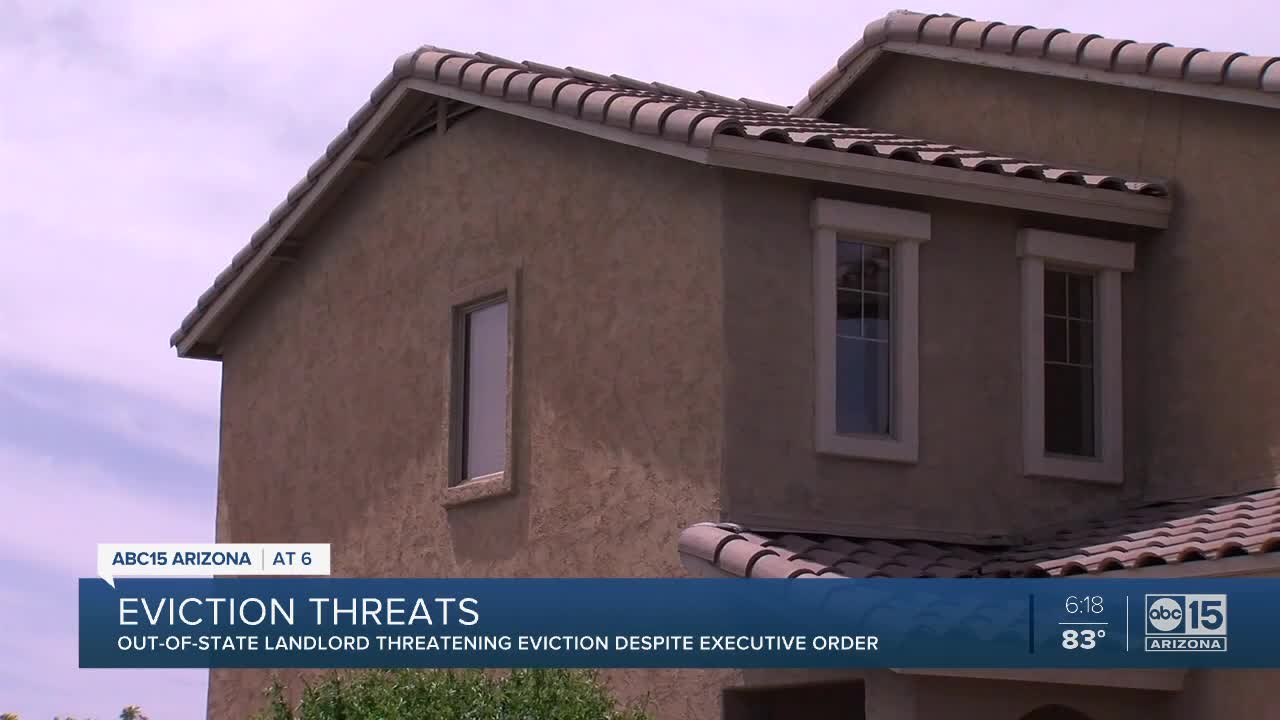 Getting a five-day eviction notice at any time is scary. It's even scarier when you’re unemployed because of a pandemic and supposed to be under the protection of an executive order.

But that's exactly where ABC15 viewer Cortney found herself after telling her landlord, who lives in Manitoba, Canada, that April rent would be late.

"I sent him the email on March 31. I just said I’m going be late paying my April rent. I apologize but there are a lot of things going on with the virus where we can’t work and I’m going to get it to you as soon as I can," she said.

She says few days later her landlord asked why she hadn't paid rent. Cortney says she explained again that due to COVID-19 her jobs were not open and she had no money coming in so she would be late.

"I didn’t hear anything from him again until I got the email on Wednesday night about the eviction notice." She says along with the emailed eviction notice she received profanity laced tirades telling her to "just pay the rent or move out. I don’t need any more of your California dope smoking bull[expletive]."

"I had to honestly take a double take. Probably sat there for five minutes looking at my screen like 'I know I cannot be reading this correctly,'" she said.

But that hasn’t stopped him from mailing a second five-day eviction notice.

We reached out to her landlord Leon, who owns several properties in the Valley, to find out if he is even aware of these protections.

He sent us a lengthy email in response.

In it, he said Cortney's explanation email was missed, apologized for the profanity and said, "Sure, I am short tempered, but I’m not an ogre..."

He also explained that, "I noticed that she did not even offer to make a partial payment, but she did acknowledge paying her water bill in full , instead of her rent (even knowing in these troubled times her water would not have been shut off.)"

Eventually the landlord said he would waive Cortney's late fees and "and half of her April rent (which I would lose anyway if I had to find a new tenant)...and we can both get on with our miserable lives."