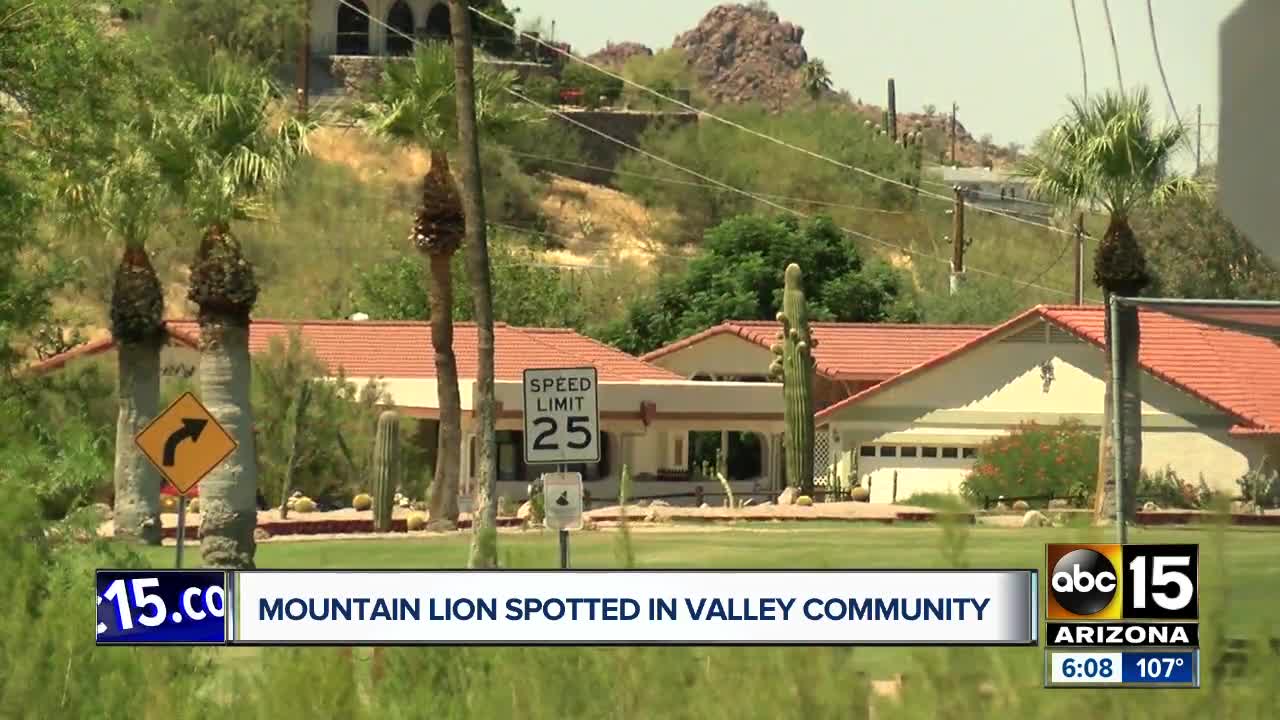 QUEEN VALLEY, AZ — A rare sighting of a dominant desert predator is the talk of the town in Queen Valley.

"He was not one drop afraid, he just walked right behind the store, it was very scary," said one resident.

"I think we'd heard stories about somebody might have seen one, once in a while but not that came down into the little town itself," said Lanita Fitzgerald.

Fitzgerald lives in a small golf community situated near the Superstition mountains.

Last week, just outside Fitz Stop Store and Cafe, those enjoying their morning coffee got quite a startle.

"If you go out there and you're hiking around, you're in their turf, and you just have to play the game by their rules, but when you're sitting here with your grandchildren in front of the store and a lion walks across the road, that get's to be a bit much," said Fitzgerald.

The close encounter is just the latest run-in with the animal that's been spotted in various spots around the neighborhood and has those living there warning their loved ones.

"I just called and told my mother-in-law, 'Don't take your daily walk' cause I damn sure don't want her to get grabbed by one of those," said Kent Stevens.

The fact that they live in an area rich in wildlife is not lost on them, but even so mountain lions aren't generally seen so close to town.

"I think the theory here is a lot of it has to do with this big fire we had," Fitzgerald said, referring to the Woodbury Fire which burned more than 100,000 acres a few miles to the north.

Fitzgerald believes the damage from the fire forced many animals closer to town, and the lions followed their prey.

But according to Arizona Game and Fish, the answer is simply water--or the lack thereof.

A dry monsoon season has left the big cats looking for a drink. They have sought out canals, streams and even golf course ponds when catchments run dry.

Without pictures or videos of the animal, Game and Fish says it has no plans to search for and remove the animal, despite the community's concerns.

"He is gonna be a threat now that he's used to people. They're gonna have to put him somewhere way off," said Fitzgerald.

Game and Fish officials warn caring residents not to try and provide water to the animals, as that can cause a dangerous encounter. However, they are asking for donations of money and water to replenish wildlife catchments. If you would like to donate, click here.