Push for more transparency from DES after confusion, delays 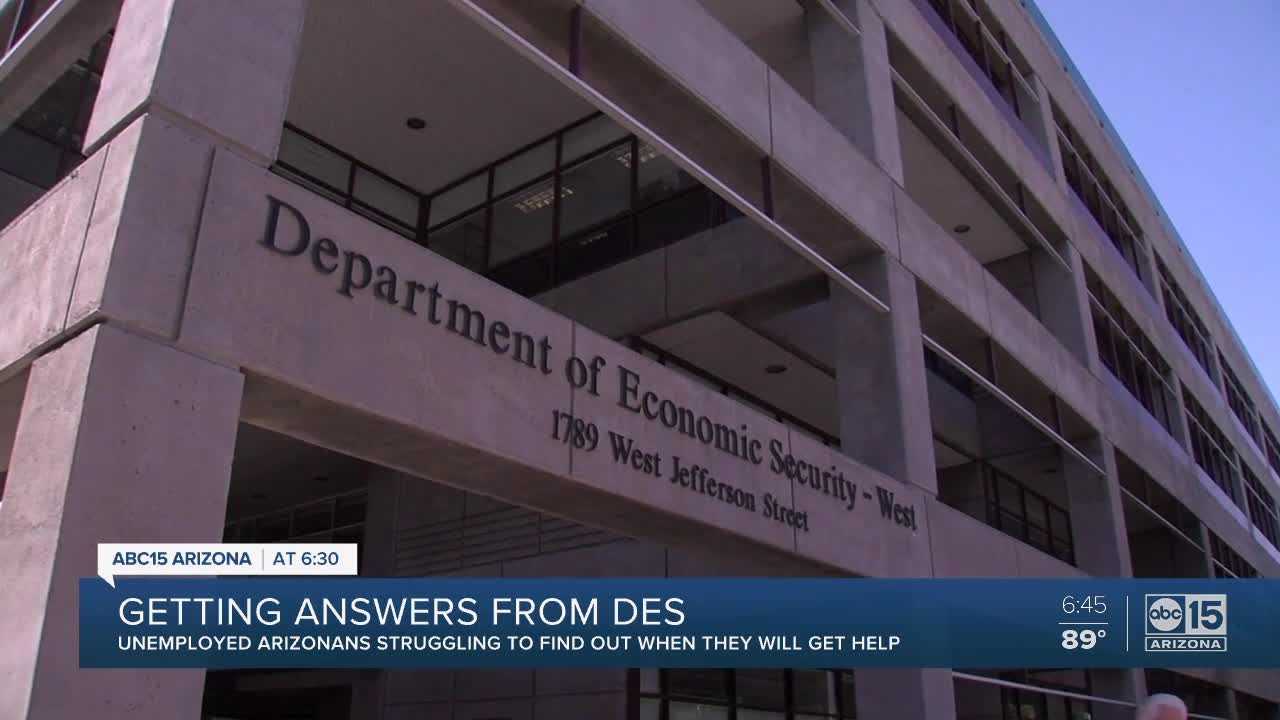 Unemployed Arizonans struggling to find out when they will get help.

The information given is incredibly important.

But many out of work Arizonans tell ABC15 they want just as much information about the Arizona Department of Economic Security (DES).

Lanae Wilcox is a member of a Facebook group specifically for people who can't get through the DES to resolve issues with their claims.

She's one of the lucky who has been able to get through more than once, and she shares what she's learned with the group.

But she says that's not how people should have to find out what's going on with DES.

"I think at this point they should just come out and be upfront with people know," she said.

Arizonans haven't publicly heard from anyone at DES since temporary director Tom Betlach was at a press conference on April 7.

Betlach, former head of Arizona's Medicaid system, was asked to come out of retirement for a 75-day contract to head up the DES response to the influx in unemployment claims since interim director Dr. Cara Christ was occupied with the DHS response to the Coronavirus Pandemic.

As the weeks have gone on, new software has been installed, glitches have come up, thousands of claims have gone unpaid, phone lines are clogged, and claimants are confused.

For many, it's a crisis.

At a Wednesday press conference, ABC15 asked Governor Ducey "why is DES is not aggressively updating Arizonans daily about what is being done to expedite claims" and why the director or a representative was not available for questions or updates during briefings.

Ducey's response was that, "Tom Betlach's not at these conferences because he's working. He's at the Department of Economic Security. He distributed $777 million."

On Thursday, The Rebound Arizona team delivered some viewer emails from the past several days to the Governor's office to show the questions that viewers are sending and to ask again, Arizonans can expect to start hearing directly from the agency responsible for such a tall task.

Staff were in meetings but agreed to call us back.

Ducey spokesman, Patrick Ptak told ABC15 he agreed that more communication needed to come from DES. He said he "can't promise a daily press conference from DES" but that he wanted to "help as much as possible" in getting DES to provide regular updates about what is happening with the unemployment system.