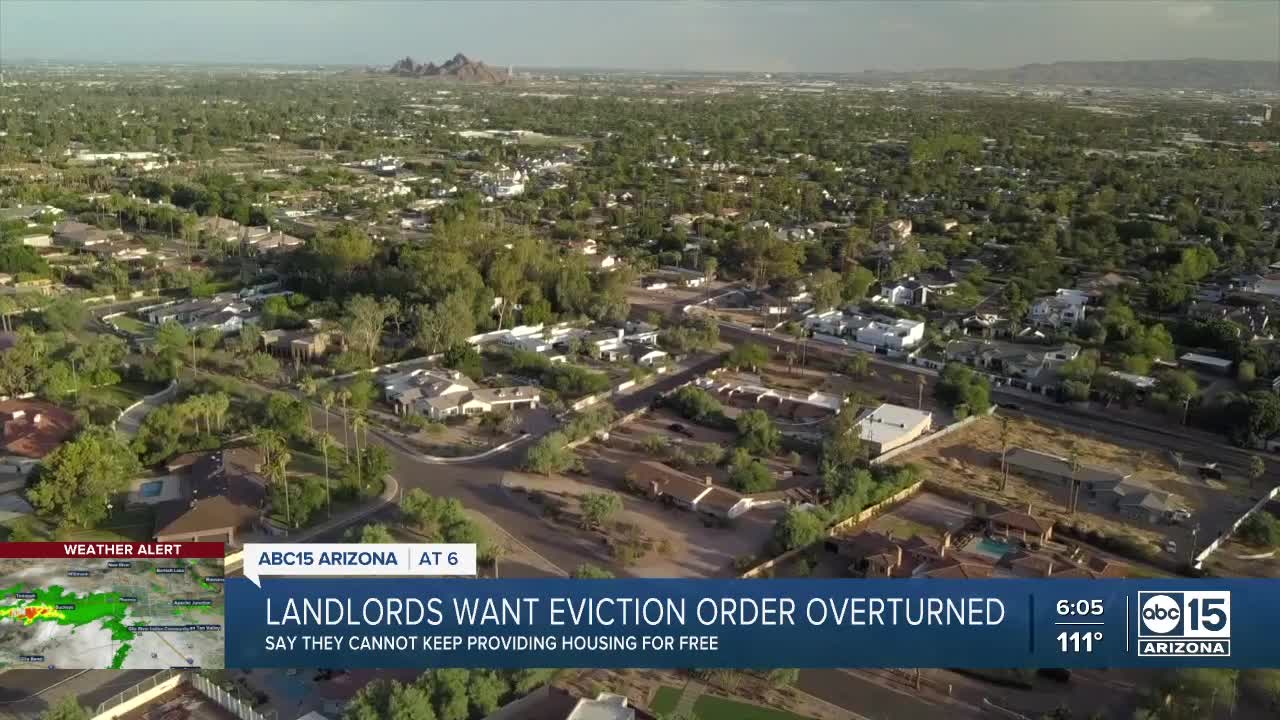 The push and pull between landlords who need to be paid, and tenants who don't have the money, is making its way to the Arizona Supreme Court.

The push and pull between landlords who need to be paid and tenants who don't have the money is making its way to the Arizona Supreme Court.

Courtney Gilstrap LeVinus, with the Arizona Multihousing Association, says her members are at their breaking points after having gone without an income since April.

"We can't continue to ask rental housing owners to provide free housing going forward. It's just, it's not sustainable," she said.

Her group along with Manufactured Housing Communities of Arizona, Lotus Real Estate LLC, Seminole Investment Ventures, Patio 15 Apartments, and Pei Yu Huang are plaintiff in the lawsuit. It highlights four tenants who were evicted for non-payment, but have not be removed because judges found that they were financially affected by the Coronavirus.

At his press conference on Thursday, Ducey's response to the lawsuit was, "Get in line."

The line alludes to the series of legal challenges his executive orders led to that were recently filed by bars, water parks, and gyms.

However, Ducey said this problem already has a fix.

"There’s 90 million dollars in rental assistance. People can go to the Arizona Governor’s website, and there will be information that will take them to how they can access that assistance," he said.

But, Gilstrap LeVinus says, very little of that money has been distributed for rental assistance.

"The state still has deployed less than $2 million. So, those funds have just not arrived. And we can't keep placing this burden on rental housing owners," she said.

"The governor’s executive order protects families and individuals impacted by COVID-19 while empowering them to keep making payments and ensuring the constitutional rights of property owners are protected. This is the right thing to do for public health and our economy, and we will defend this order in court."