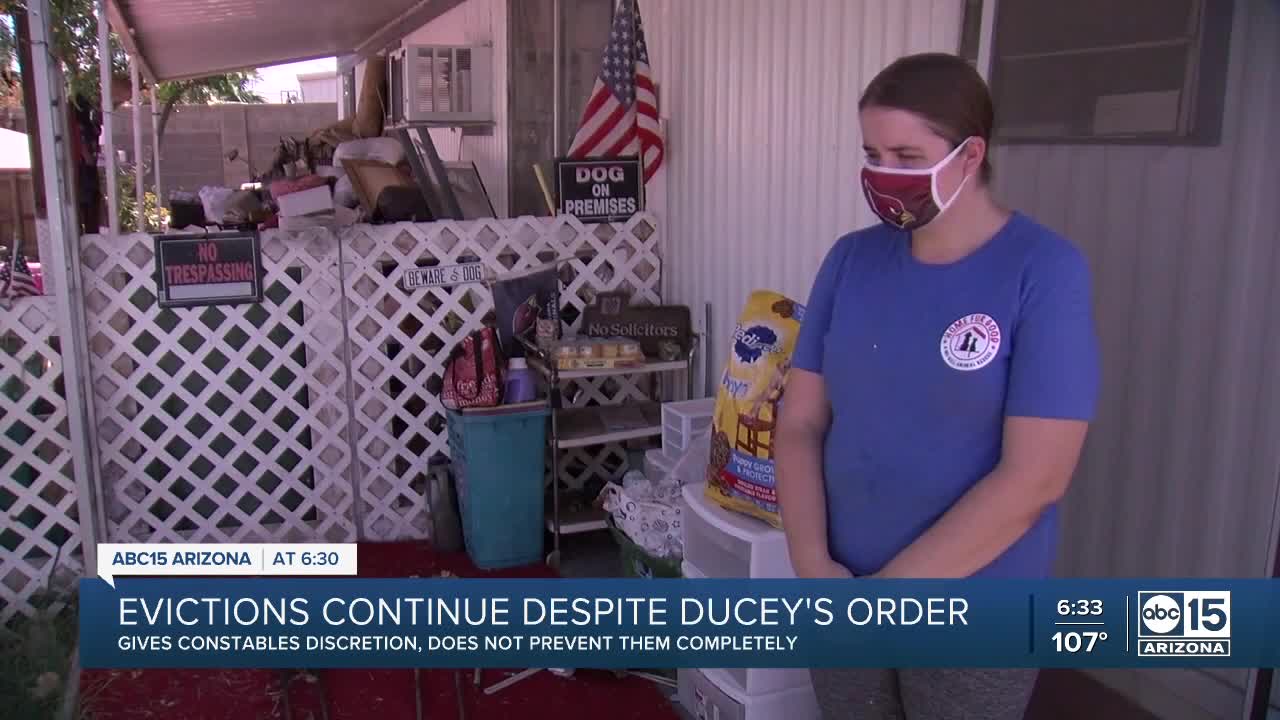 Order gives constables discretion, does not prevent them completely. 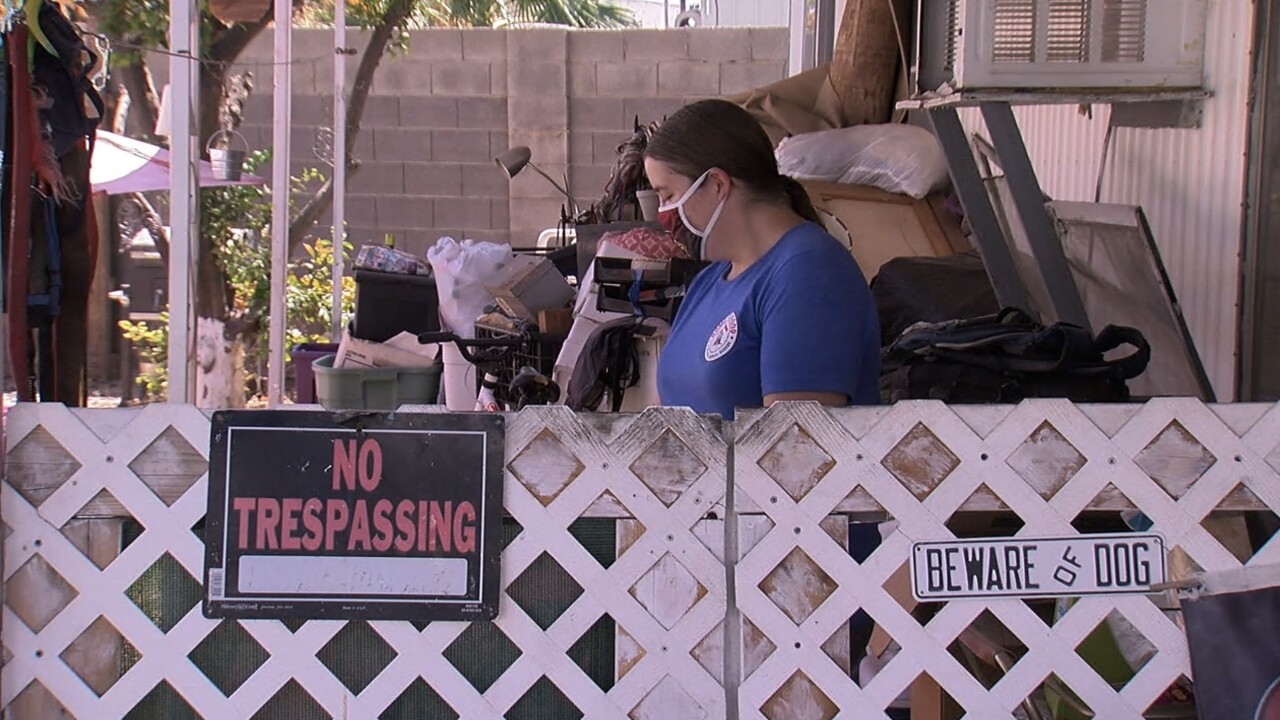 GLENDALE, AZ — On Monday Danielle Uzeta finally got through to the Arizona Department of Economic Security after weeks of trying.

"I got everything cleared up and they said I'd get my funds in the next few weeks," she told ABC15.

Under normal circumstances that would be good news. But Uzeta says the same day she found out her unemployment was coming through, she was evicted.

Uzeta, of Glendale, owns a mobile home but leases the land that it is affixed to. After being laid off from her position at an animal rescue at the end of March, she says she fell behind in payments.

Documents she provided show her last payment was in May. "They've been charging me extra fees and now I owe, because of court fees, about $3,500," she said.

Despite Governor Doug Ducey's extension of the moratorium on eviction enforcement actions due to COVID-19 hardship, the legal process of evicting Arizonans continues.

According to Maricopa County Justice Courts, 1,768 eviction actions were filed in Maricopa County for the month of July. The highest amount since April, the first full month the moratorium was put in place, which was 1,805.

Governor Ducey's order does not stop evictions, it only delays them by giving the constable discretion not to forcibly remove people like Uzeta before October 31. Those at risk must also show the landlord they applied for rental assistance and attempt to set up a payment plan.

Uzeta says she did both, but has still not gotten a response. So she spent Tuesday packing, and hoping that her new part-time job and the promise of unemployment back pay will be enough to convince her landlord to let her stay.

"If I lose my house, I'm gonna end up probably losing my job and then, where do I go from there? You know?"