Eviction crisis looming in Arizona once moratorium on evictions ends 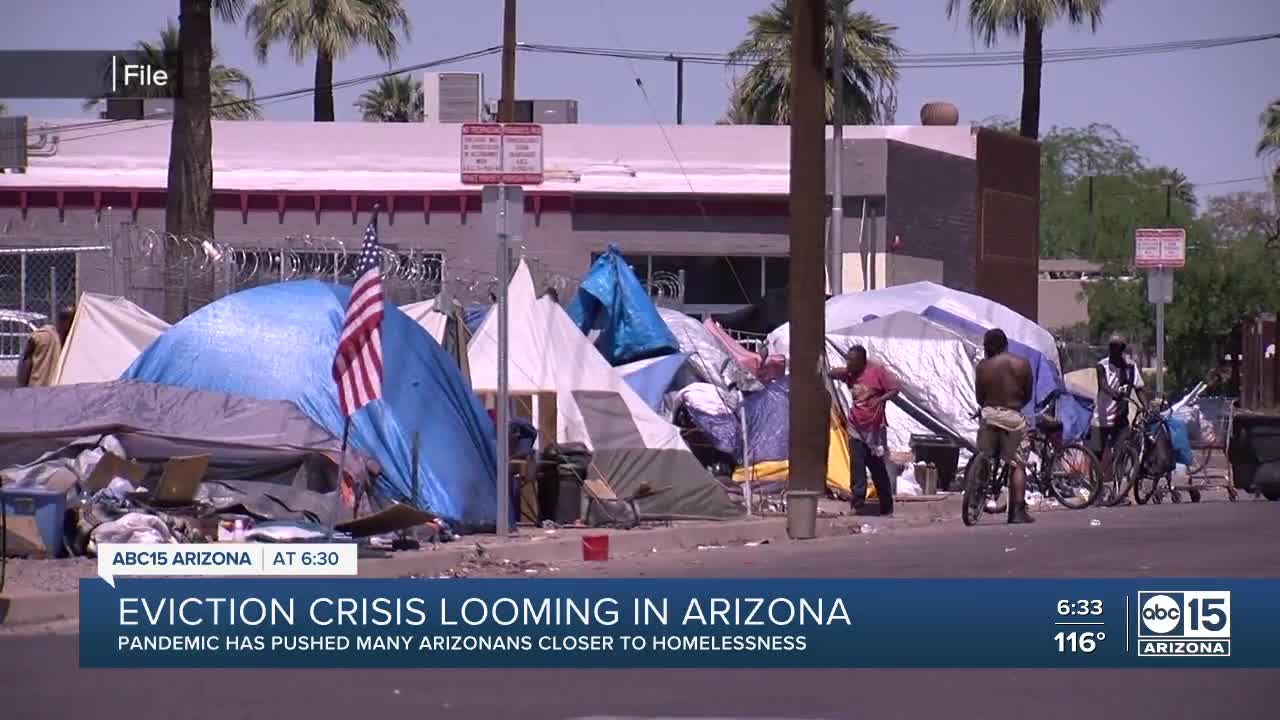 Another Arizona university has released a report about the potential for an eviction crisis once the moratorium on evictions ends.

Another Arizona university has released a report about the potential for an eviction crisis once the moratorium on evictions ends.

Even before the pandemic, many low-income Arizonans were having trouble staying afloat.

Now in the middle of the closures and slow-moving assistance researchers conclude that even more people--including those above the poverty line-are one crisis away from homelessness, according to a report released by the Morrison Institute for Public Policy at Arizona State University.

The report cites a poll from the Institute & Arizona Republic that showed households making less than $25,000 per year were hit hardest by job losses and furloughs.

In that same poll, 40 percent of Arizonans said they were struggling financially.

The report goes on to says issues were compounded by eroding savings, loss of health insurance, delays in rental assistance and delays in unemployment insurance. That benefit drops to a maximum of $240 per week now that the $600 federal CARES Act benefit has expired.

Governor Ducey would not answer when pressed about whether or not Arizonans could survive on $240 per week.

And he seemed reluctant to use state funds to increase that amount, even temporarily when asked about it at his Thursday press conference. Instead, he said he is waiting on Congress to extend the benefit.

"We've worked very hard to make sure that Arizonans have the resources that are necessary. And that people are not losing of the place where they live, or their home in this setting," Ducey said. "We're going to - as we transition through this, it will require further cooperation with Congress, I don't have anything else to add right now."