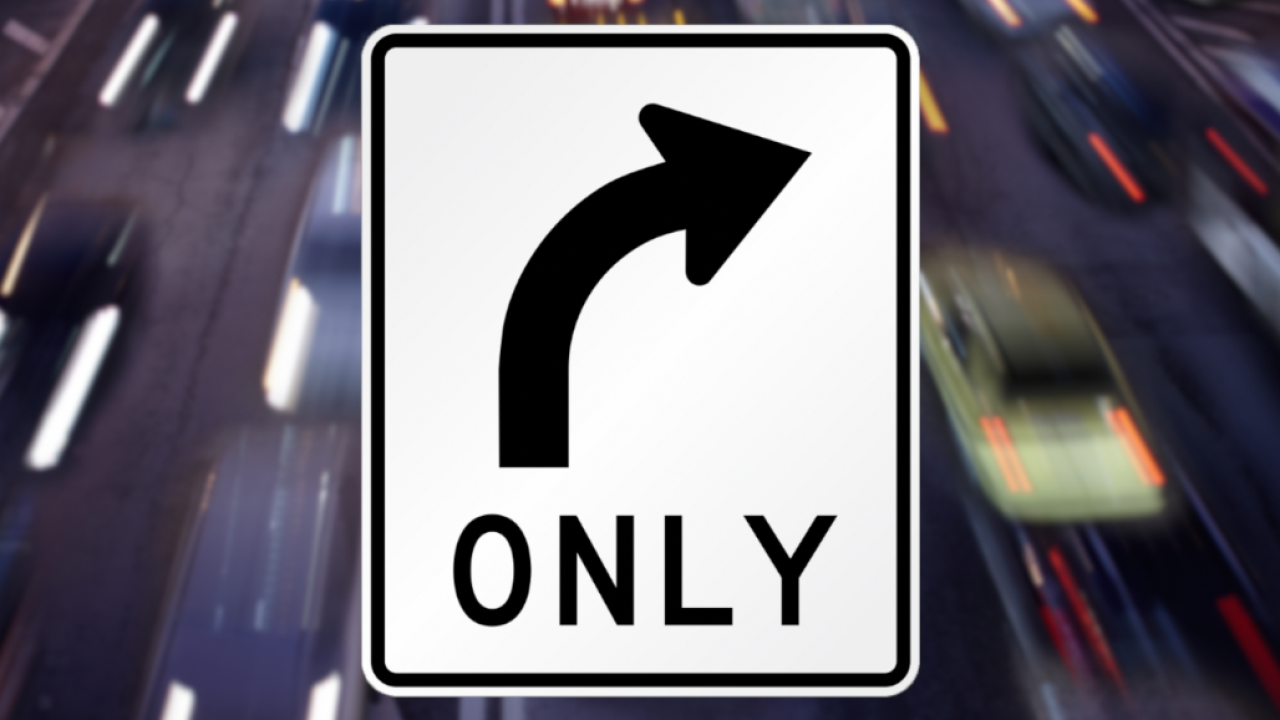 It is an inconvenience, but could it be a life-saver for drivers? How would you feel if making a left-turn was illegal in crash-prone areas in the Valley?

More than half of all accidents in the nation involve a left turn and Florida is giving this unique concept a try.

So, should Phoenix take it for a ride, too?

"We just want to be as safe as possible," said Florida resident Greg Winters. "Even though it's a little less convenient."

Making a right is the right way toward safety. At least, that is what the Florida Department of Transportation believes.

Other residents are not so sure about the plan and are concerned it could drive them into more dangerous situations.

"If I got to try and speed-up, get in front of them, get over to the left-hand lane, and make a u-turn... nothing but a big problem," said driver Donald Hansen.

The Sunshine State has picked more than 50 intersections that do not have a traffic signal to eliminate left turns at. It is because left turns are prone to crashes.

Our own state's crash statistics from the Arizona Department of Transportation show that in 2018, left turns were the second most common way multi-vehicle accidents were happening with nearly 18,000 crashes and more than 70 deaths.

ABC15 reached out to Scottsdale, Tempe, and Phoenix to ask if they have looked into doing something similar.

Here are their responses:

Scottsdale: "In general, we are not considering eliminating left-turns at unsignalized intersections. However, sometimes with major street improvement projects, we construct raised and landscaped medians, per our Transportation Master Plan, that eliminate left-turns in and out of minor streets and driveways. This is determined on a specific location basis."

Tempe: "Most of Tempe’s left-turn crashes are at signalized intersections, so that is where we are focusing our attention. On larger streetscape projects, we do install median islands which are a great tool for restricting turns."

Phoenix: "We would consider that option when the right conditions exist but often times, a traffic study would be done to find a solution, and it would recommend we install a traffic signal. We have installed medians along major streets to prevent left turns into businesses between major intersections, but in those cases, we do put in left turns and openings to provide access at key locations."

Do you have a road issue, solution, or question you would like Operation Safe Roads to look into? You can call 1-833-AZROADS or email roads@abc15.com.