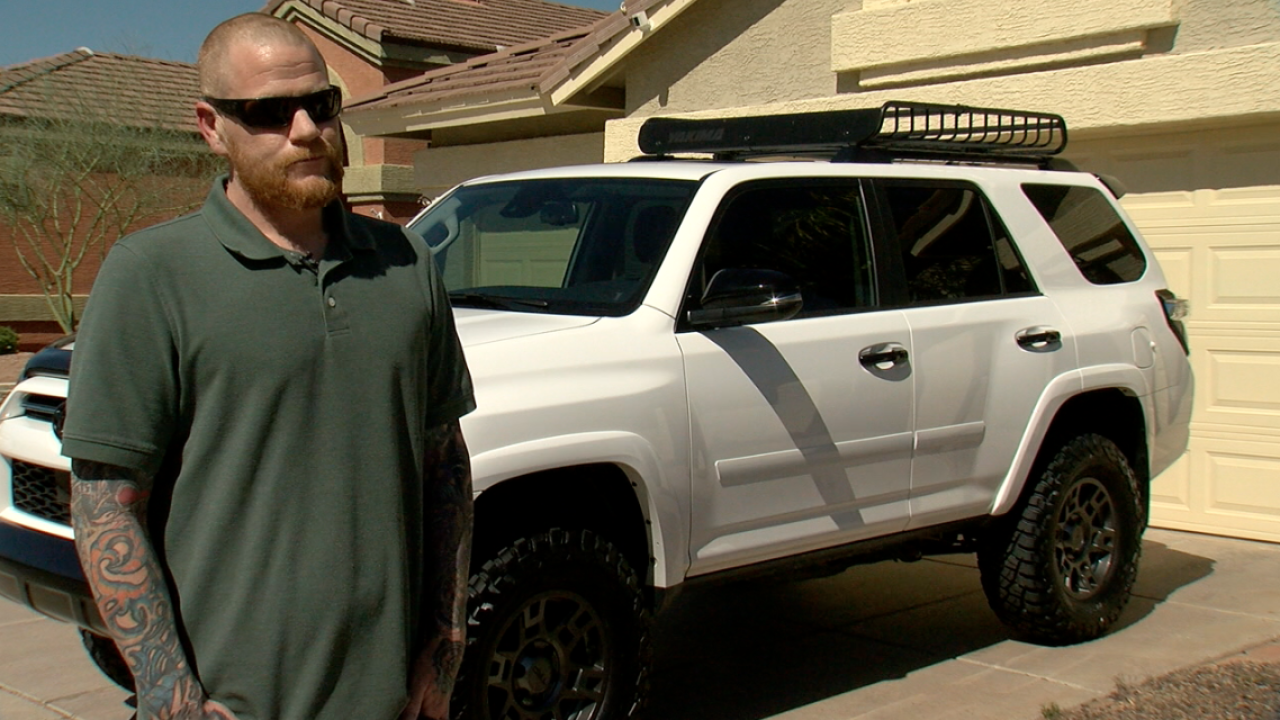 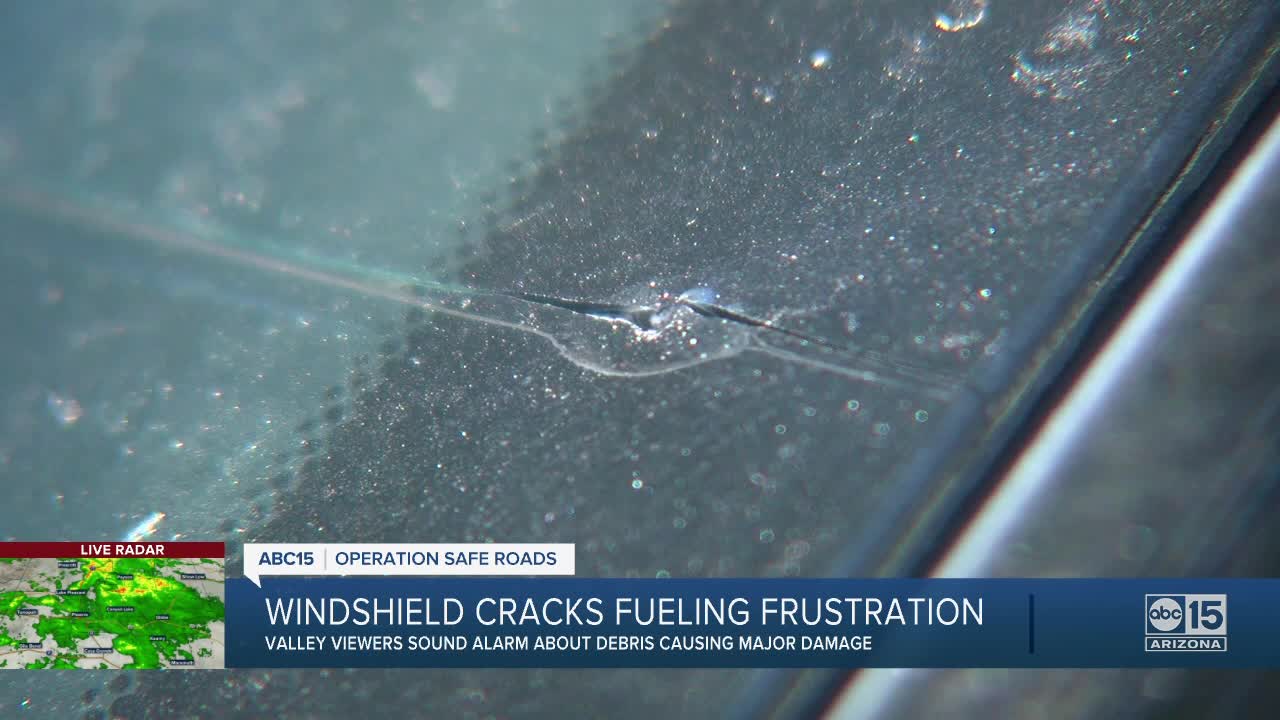 It has become a normal routine for Phoenix resident Adam Schroeder.

"The first time was in November... beginning of November," Schroeder recalled.

The Valley man says he is stuck in a rut of constant windshield chip repairs that seem to pop up with each new month in the calendar.

"Then, it was probably about... December 3rd was the second windshield," Schroeder said. "And then, the third windshield was January 3rd."

It does not help that these chips are not cheap.

"'Oh no! Do I have glass coverage?!' That was my first instinct and I found out I did not," Schroeder said.

It cost $400 for that replacement.

Yet his windshield now still looks like it needs some work after Operation Safe Roads went to visit Schroeder at his home near the Loop 101 and Cave Creek Road.

"It looks like there's actually bug splats all over the windshield, but these are actual chips all over and I just had my car washed," Schroeder said.

Schroeder's fourth windshield is in need of repairs, with his commute to work only taking him nine miles on the Loop 101. It seems that it is just enough time to do the damage.

"It's daily that there's a glass company in my work or around my work," Schroeder explained. "You see vans. They're doing good... the glass companies are doing great and insurance is doing good, but we are not doing good."

Schroeder is definitely not the only person with this problem.

Operation Safe Roads has seen your emails to roads@abc15.com and heard your calls coming into the hotline at 833-AZROADS over the last few weeks.

ABC15 Arizona reached out to the Arizona Department of Transportation to ask if there were any regular clean-ups scheduled.

In an email, a spokesperson wrote, "There is no feasible way to keep a freeway clear of pebbles and other small items that can come from trucks and other vehicles. In the case of a large spill of rocks on the freeway, ADOT will sweep off the roadway. In coordination with MAG [Maricopa Association of Governments], ADOT has sweepers out at night to clear the shoulders."

ADOT went on to say that rocks and small debris can come from a "variety of sources." However, if drivers believe they have claims against the state for vehicle damage - they can submit a claim to the Arizona Department of Administration or call 602-542-1500.

You can also report debris by submitting information through this ADOT form.