Window tinting: How dark is too dark? 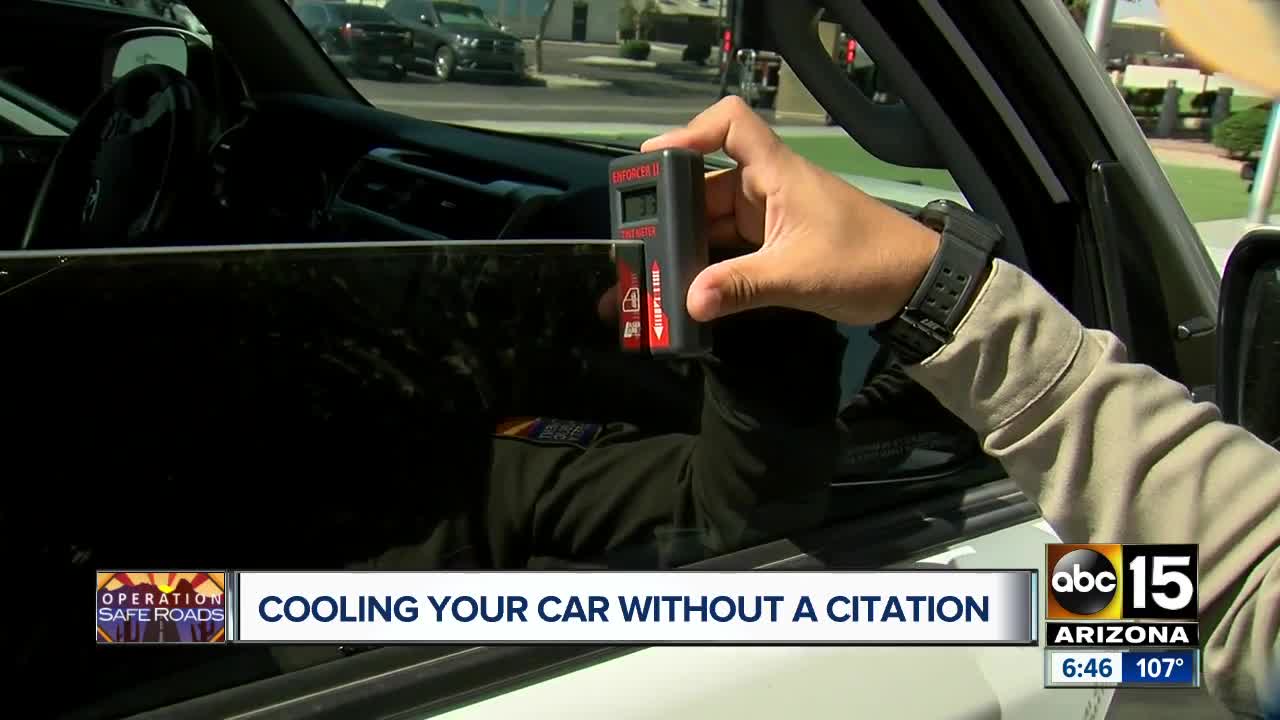 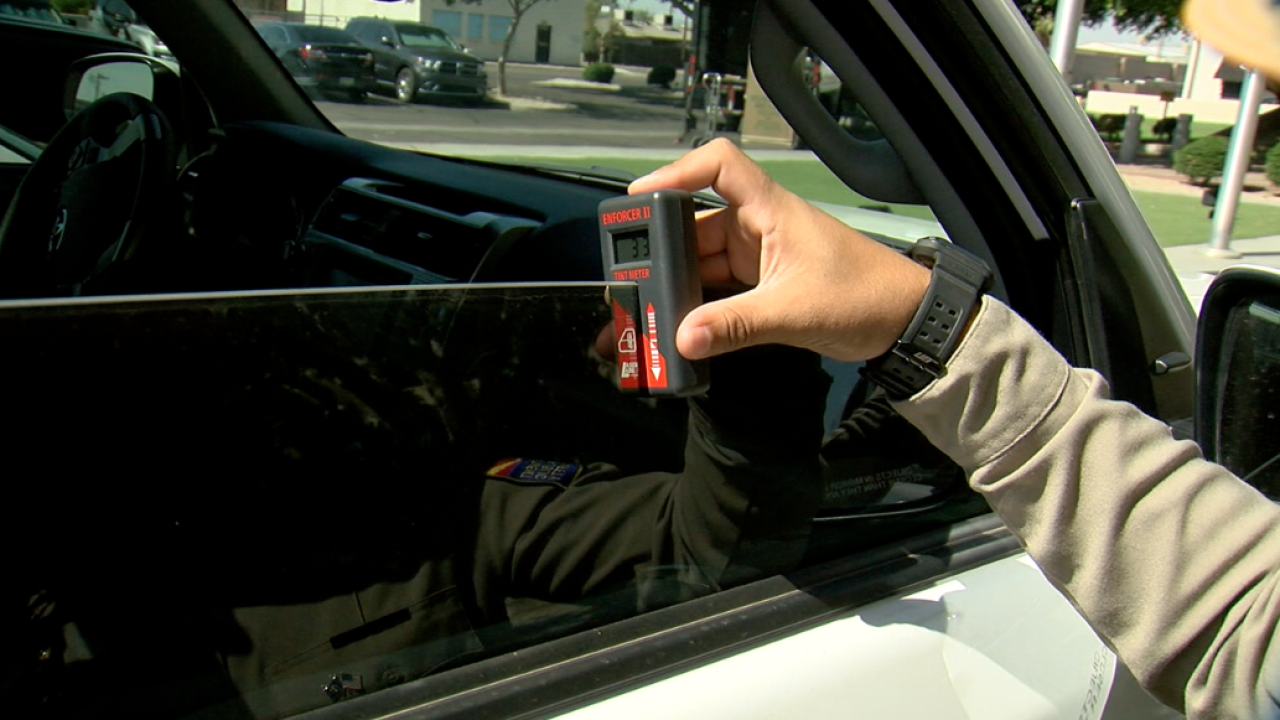 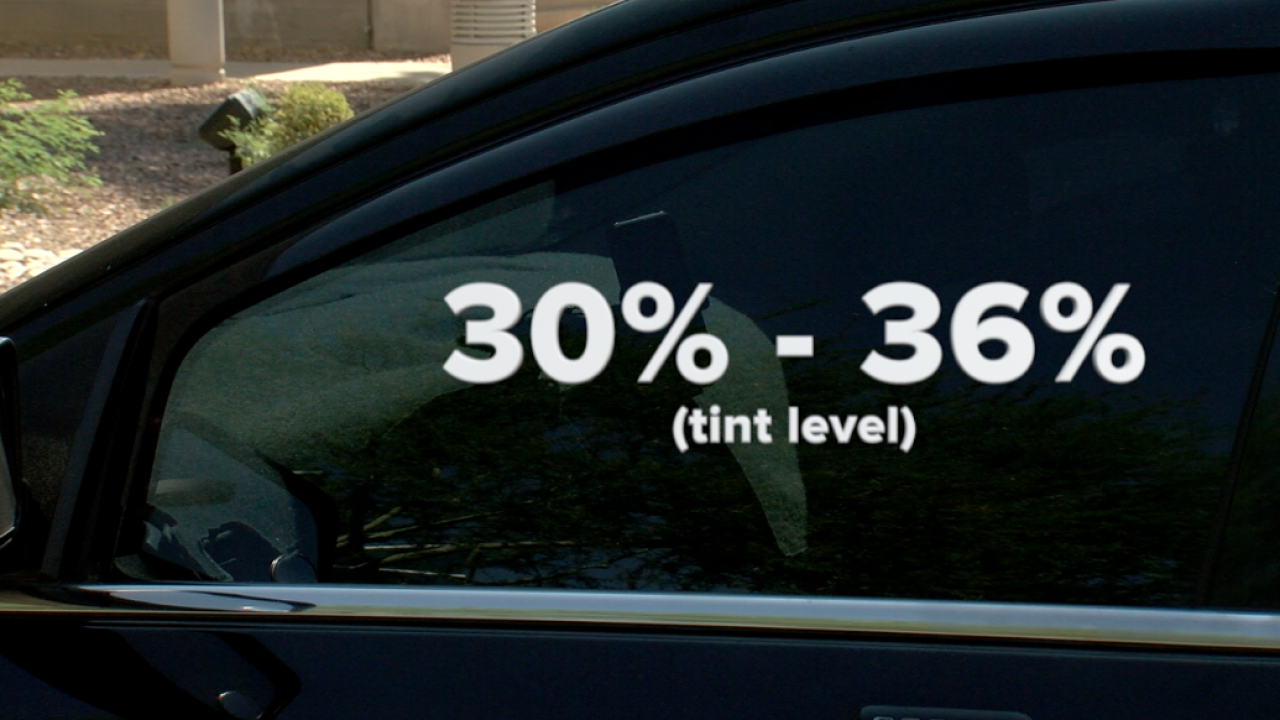 PHOENIX — During our Arizona summers, getting in your vehicle sometimes feels like you are stepping right into an oven.

That is why many of us rely on window tinting to get through it.

But, one Valley man wants to warn other drivers that if you tint too far - you could see flashing lights in your rearview mirror.

Jeremy Barfield has had his car with darker tint for more than a decade.

"I said, 'I don't want to melt in my vehicle anymore,' and it's been on since then," Barfield said.

He explained to ABC15 that he went to a shop and just asked for a cooler ride.

But, while making the drive back from California on the I-10 this past June, Barfield said he got pulled over by Department of Public Safety trooper for his window tint.

So, we decided to check in with the DPS to see how dark is too dark.

Trooper Jonathan Montes showed ABC15 the tool their department uses to check a window to see if it is over the legal percentage.

He explains that your front windshield cannot have any tint on it, except for the eyebrow tint.

"The back windows as well as your rear window, you can have... the five percent limo tint," Trooper Montes said. "You can have those as dark as you want."

He explained that it is up to the customer to know what the law is when going to a shop to put that tint on.

"What we recommend, is that whenever you do go to a tint shop, yes you can say - 'Make it as dark as you can - legally,'" Trooper Montes said.

He said it is a safety issue for the driver when a tint is too dark. They want to make sure you can see out your window while driving at night or in storms.

Plus, it is important for the safety of law enforcement in case a traffic stop goes wrong.

Drivers can ask for an exemption for medical issues.

To read the window tint law in its entirety, click here.