Why MCDOT does not want speed bumps installed in Sun City 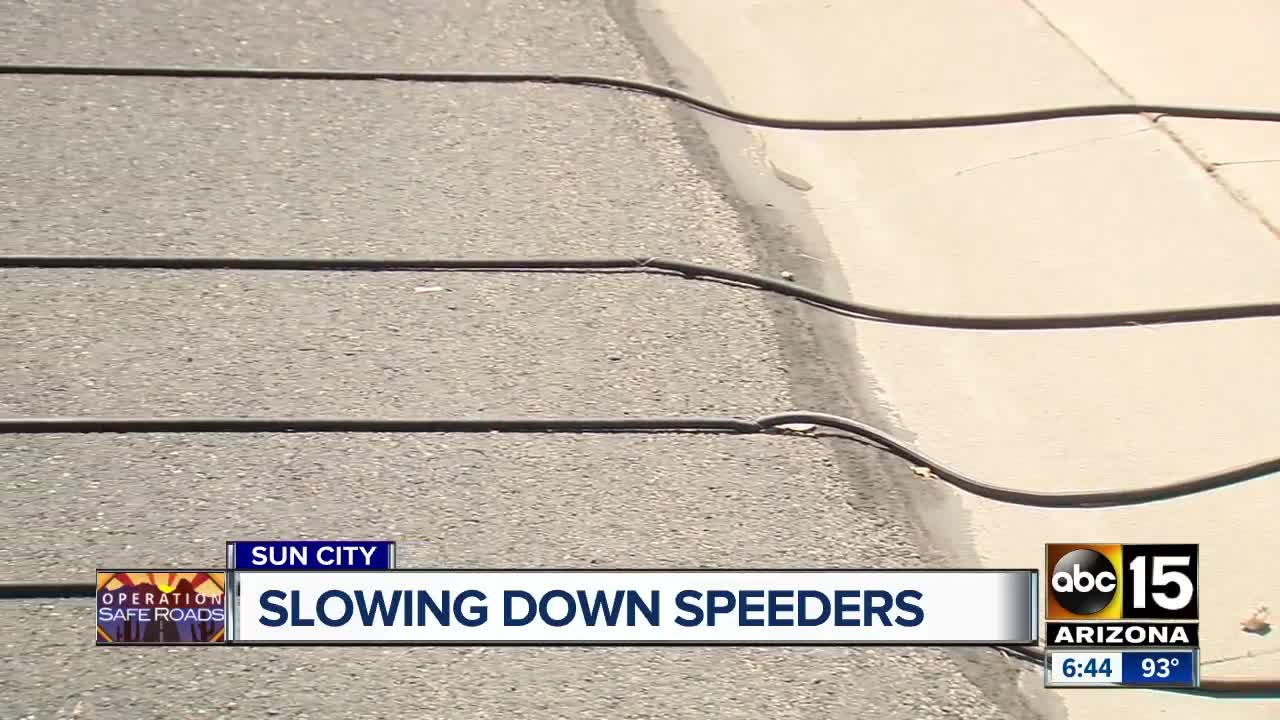 After an ABC15 Operation Safe Roads report, the county DOT and sheriff's office say they are looking at ways they can make drivers more aware of posted speed limits and increase enforcement. 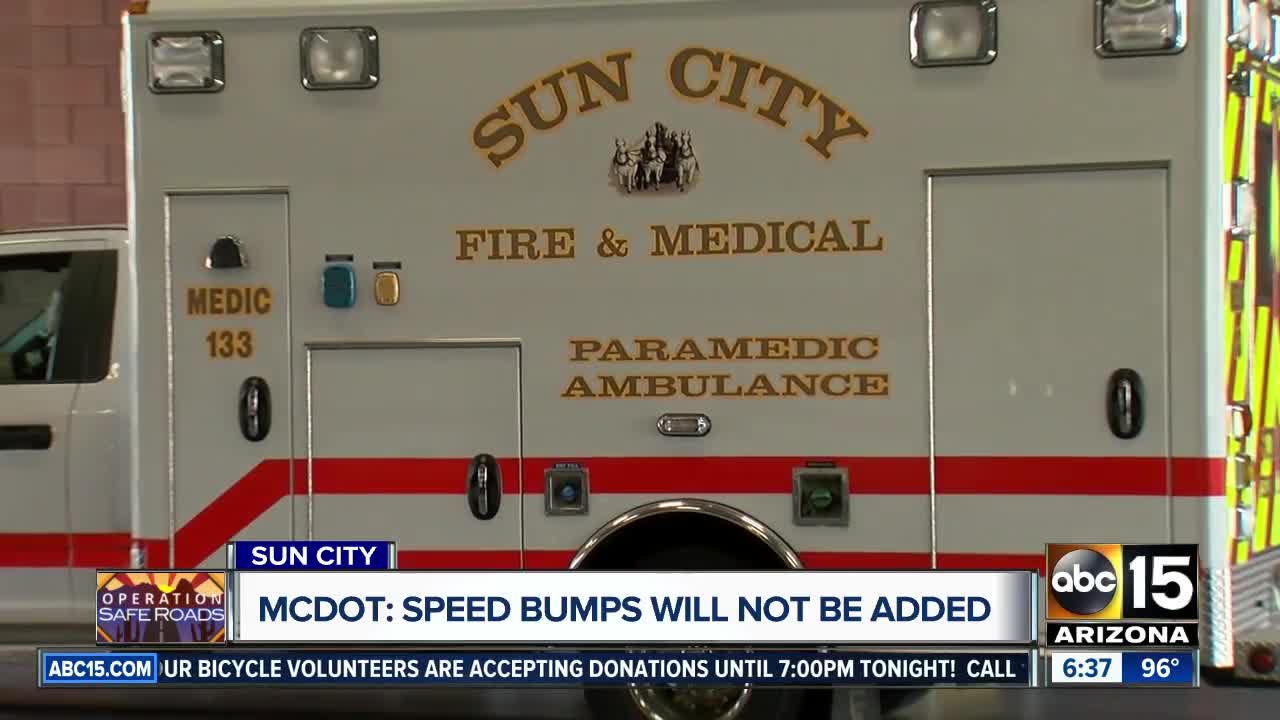 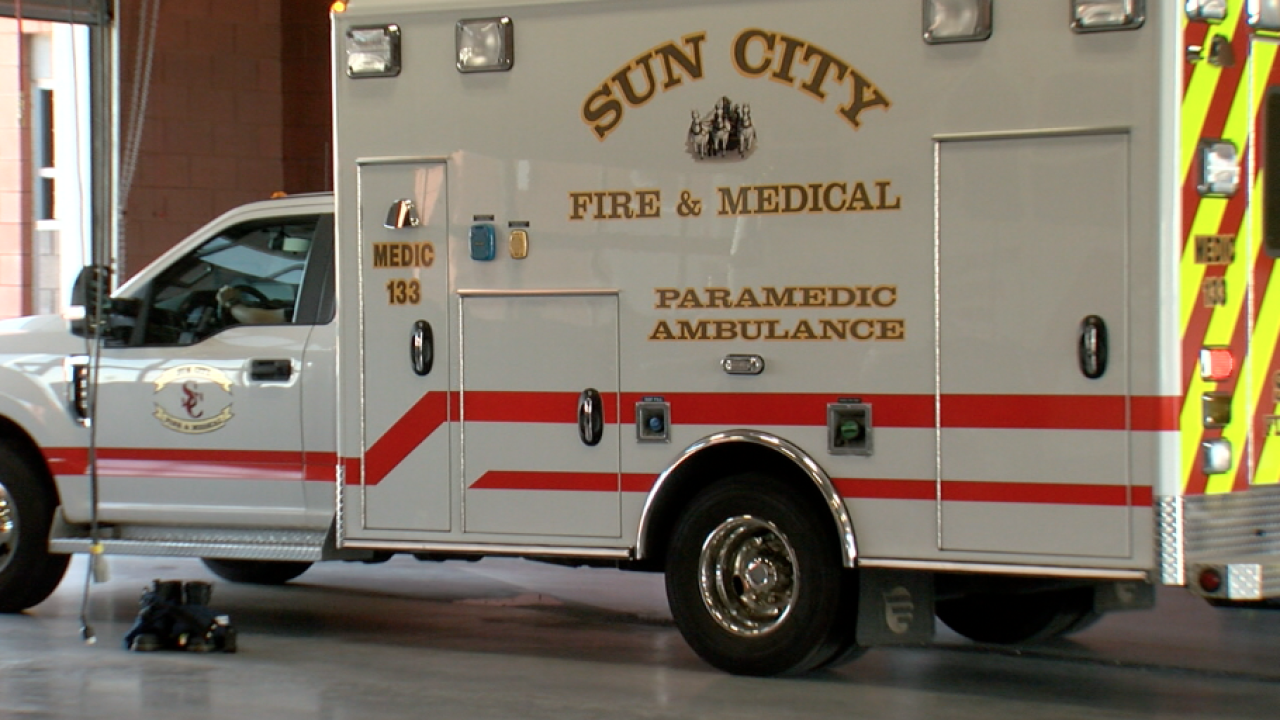 SUN CITY, AZ — An ABC15 viewer said a roadway in his retirement community is being treated like a racetrack and he reached out to Operation Safe Roads to see what he could do to mitigate the problem.

He asked to remain anonymous, but he wrote in an email: "I was wondering if your site also includes speeding problems in a residential area?"

After researching what he could do, ABC15 came across this on the Maricopa County website, which stated: MCDOT [Maricopa County Department of Transportation] will not consider the installation of speed humps in the Sun City or Sun City West communities because they may increase emergency response times in situations where every minute counts."

"We are adamantly against them because they slow down their response," said Chief Ron Deadman with the Sun City Fire and Medical Department.

"Every speed bump adds somewhere between 7 to 12 to 15 seconds per speed bump, slowing people down," he said.

"The medical needs that our community has, being a senior community, 55 and over, are unique," Chief Deadman explained.

But, what are your options then if speed could also be a danger to the community?

After Operation Safe Roads reached out to MCDOT, they stated that they would take action with a way they could. They added devices in the neighborhood our ABC15 viewer was concerned about. They monitored speed there with sensors for two days:

In the area of 99th Drive North of Willowcreek Circle:

In the area of 99th Drive South of Willowcreek Circle:

The results will be shared with MCSO and it will be up to their deputies, not speed bumps, to slow people down.

The anonymous viewer said he also reached out to MCSO and got a response.

In an email, a deputy with the department wrote: "We have some steps that we can start implementing in an effort to get drivers more aware of the posted speed limit as well as their own speeds... I myself will begin to do more traffic enforcement in the area."

Do you have a road issue in your neighborhood that you would like Operation Safe Roads to look into?