Why do intersections have different left turn rules? 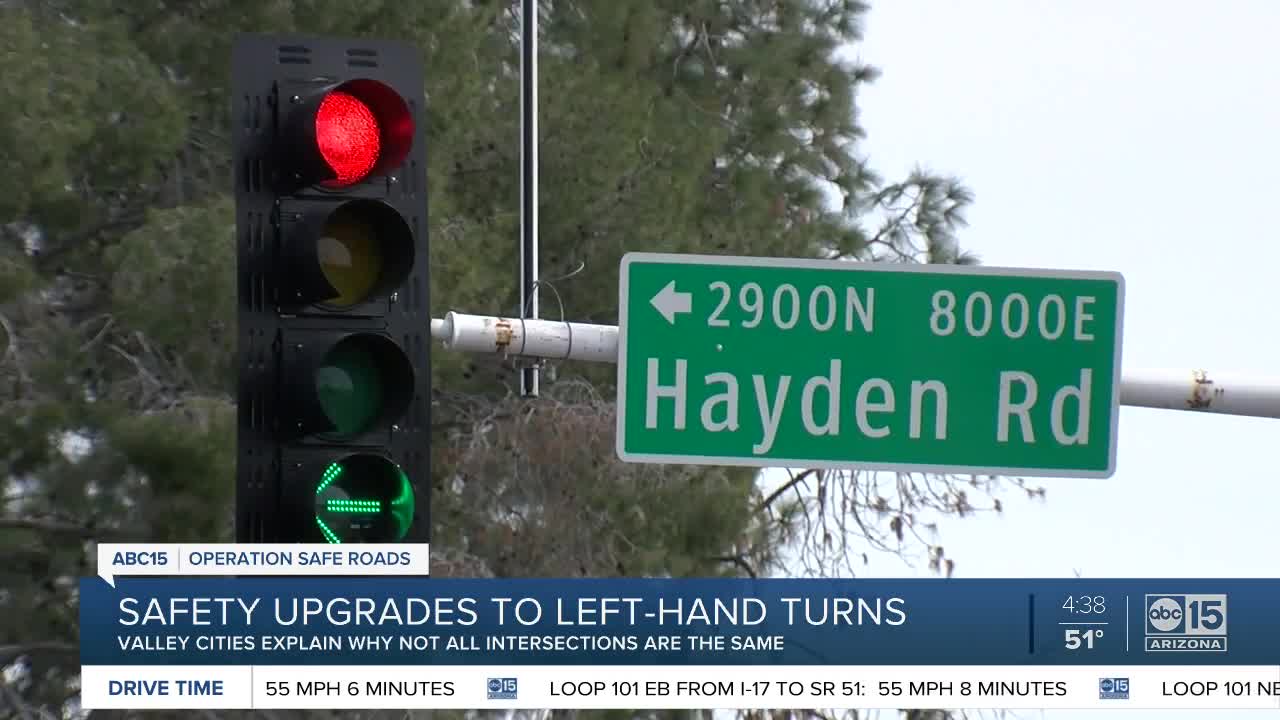 Lagging left, flashing left, protected left, and permissive left. Those are some of the left-turn possibilities you could run into out in the Valley on your commute. 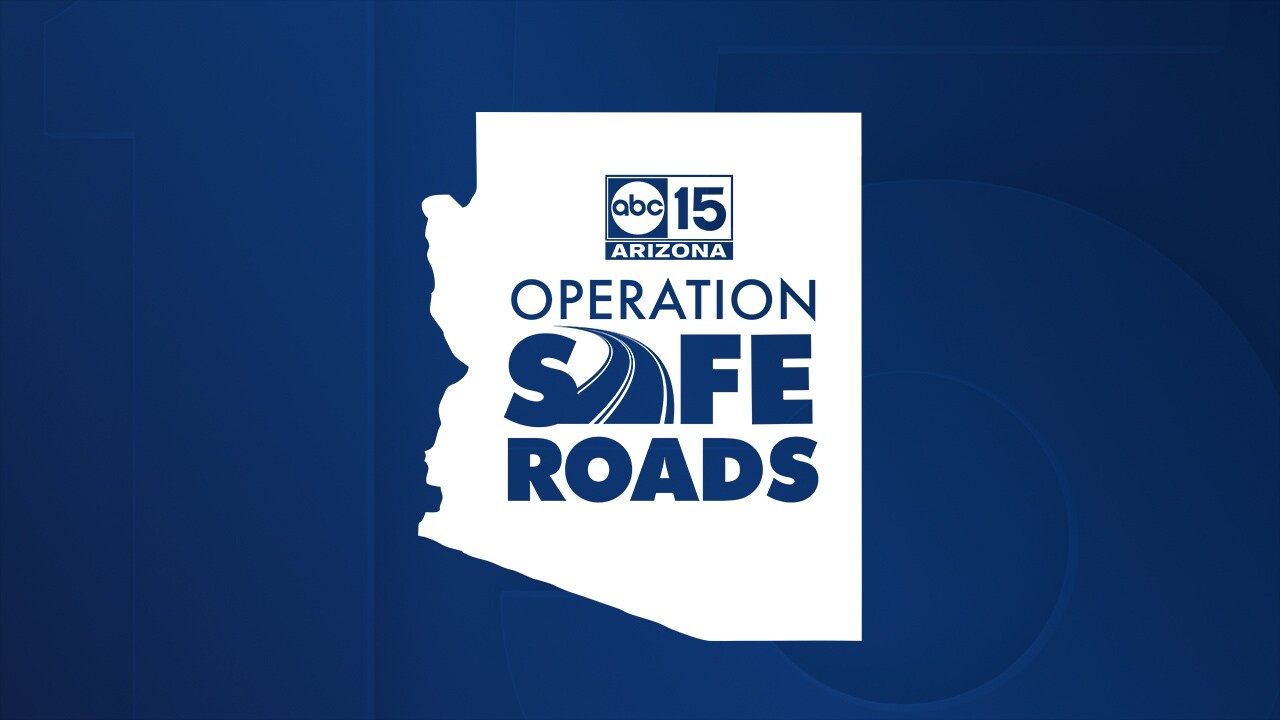 SCOTTSDALE, AZ — Lagging left, flashing left, protected left, and permissive left. Those are some of the left-turn possibilities you could run into out in the Valley on your commute.

Some viewers reached out to Operation Safe Roads saying it was all a little confusing.

Glenn in Phoenix asked, "Why does Scottsdale have a different set of rules for left turn arrows?"

"Back in the 1980's, the city of Tucson first implemented lagging left turns and Scottsdale decided to try that out," said Traffic Engineering Supervisor Phillip Kercher.

Officials then looked to bring a taste of Tucson's transportation ideas to the once smaller-scaled Scottsdale.

"Part of that was based on the way that our city was laid out," Kercher explained. "We're a long and narrow city. At the time, you know - three main north, south corridors and no 101 freeway.
So, lagging worked very well for our physical conditions and our traffic patterns."

But, it only works in certain parts of the city now.

So, traffic officials look at statistics from the hundreds of intersections and check the crash data. From there, they can see what left-turn option would be the safest for drivers.

"With a permitted left-turn - if you have...more collisions than you would expect, we've implemented flashing yellow arrows at those intersections," Kercher explained.

"It gives the driver the ability to slow down, look what's happening around them and make a safe decision on when to make the left-turn movement," echoed Phoenix Traffic Engineer Paul NjiRaini.

The city of Phoenix is also looking more in the direction of those flashing lefts.

Operation Safe Roads was out on the scene last week as crews worked to upgrade a traffic signal near the I-10 and Guadalupe Road.

The city says they found a 20% decrease in the number of left-turn crashes whenever they have added those flashing yellow left-turns. Because of that, all new intersections will automatically be built with this technology. They also work to upgrade any current signals by the handful each year.

During peak hours, they can make that flashing yellow turn to solid red or green to protect a left turn.

But, they can also change it when traffic volumes go back down.

"A permissive phase would be a flashing yellow, which would allow motorists to come - approach the intersection... and if there are no pedestrians crossing or opposing traffic they can safely navigate and make a left without having to wait for an entire phase of the signal," NjiRaini explained.

So, while every intersection may be different, it has a purpose.

Traffic engineers hope it is a reminder to always stay alert on our roadways.

Have a question for Operation Safe Roads? You can call 833-AZROADS or email roads@abc15.com.