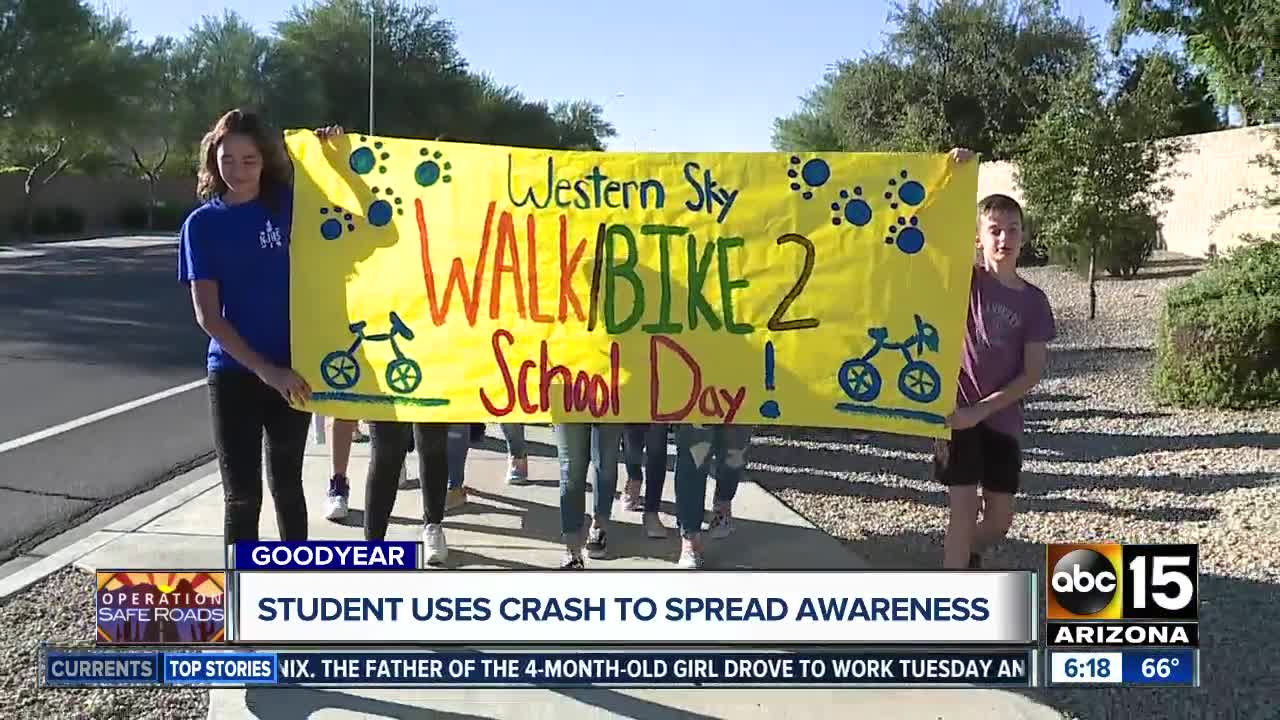 Wednesday marks International Walk to School Day and schools around the Valley are getting involved. 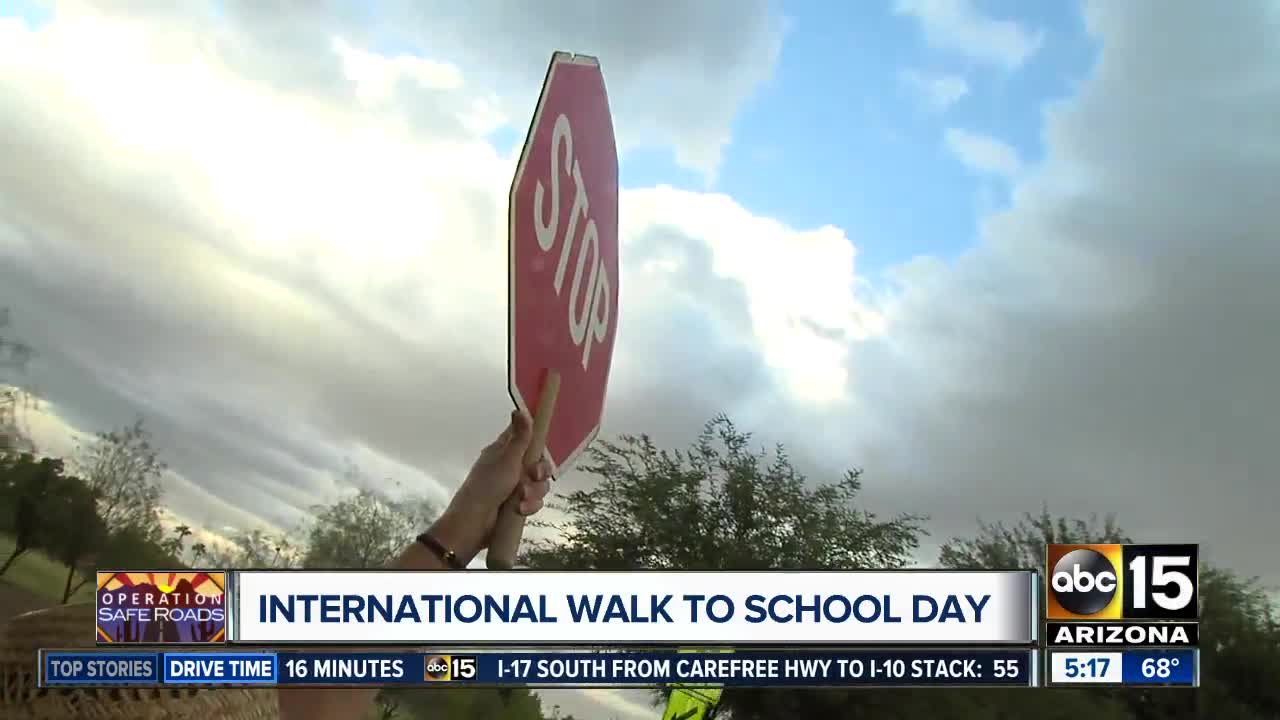 Wednesday marks International Walk to School Day and schools around the Valley are getting involved.

The mission behind the event is to raise awareness about safety for students when biking and walking to get to and from their classrooms every day.

One West Valley teen knows first-hand what it is like to not make it home.

Instead, Jenna Cordova was taken away in an ambulance back in January after being struck on her bike.

Fortunately, she is healthy now and has been working with Phoenix Children's and school officials at Western Sky Middle School in Goodyear to send a message to her fellow classmates.

"These things happen all the time so it is important for us to spread awareness," Cordova said.

Cordova is an 8th grader and she says she can still remember the impact she felt the day of the crash. "I was riding my bike and then right when I turned - like, it all went so fast," Cordova described.

She said she blacked out after hitting the pavement. She woke up in an ambulance and heard her mother's voice.

"It took about two weeks to fully recover from the hospital," her mother, Jamie said. "And then it took a few more months to just get her back into like a routine to get back to school."

But, while she was at the hospital - the family met with an Injury Prevention Specialist at Phoenix Children's who has a very specific goal in mind.

"When children come into the hospital, it's my job to go visit them and their parents," explained John Boyd. "And find out: #1 - why they're in there and #2: what can we do to prevent it for them not to come back."

It is Boyd's job to work with street engineers and city officials to find out what the problem is with getting kids to school safely and how to fix it.

In this specific case, Boyd said the street itself was fine. But, the bike lane needed some work.

"When you have a bike lane, you need to have it painted so you can see it and have a designated spot for people to ride their bikes and now it looks great," Boyd said.

Jenna is now riding again herself and is thankful for this opportunity to give her classmates some perspective to make sure they are serious about safety.

"I tell them to wear their helmets and look both ways. I don't want anything to happen to them," Cordova said.

Do you have a school safety or road issue you would like Operation Safe Roads to look into? You can call 833-AZROADS or email roads@abc15.com.