Tempe looks to change speed limits, asks for your feedback 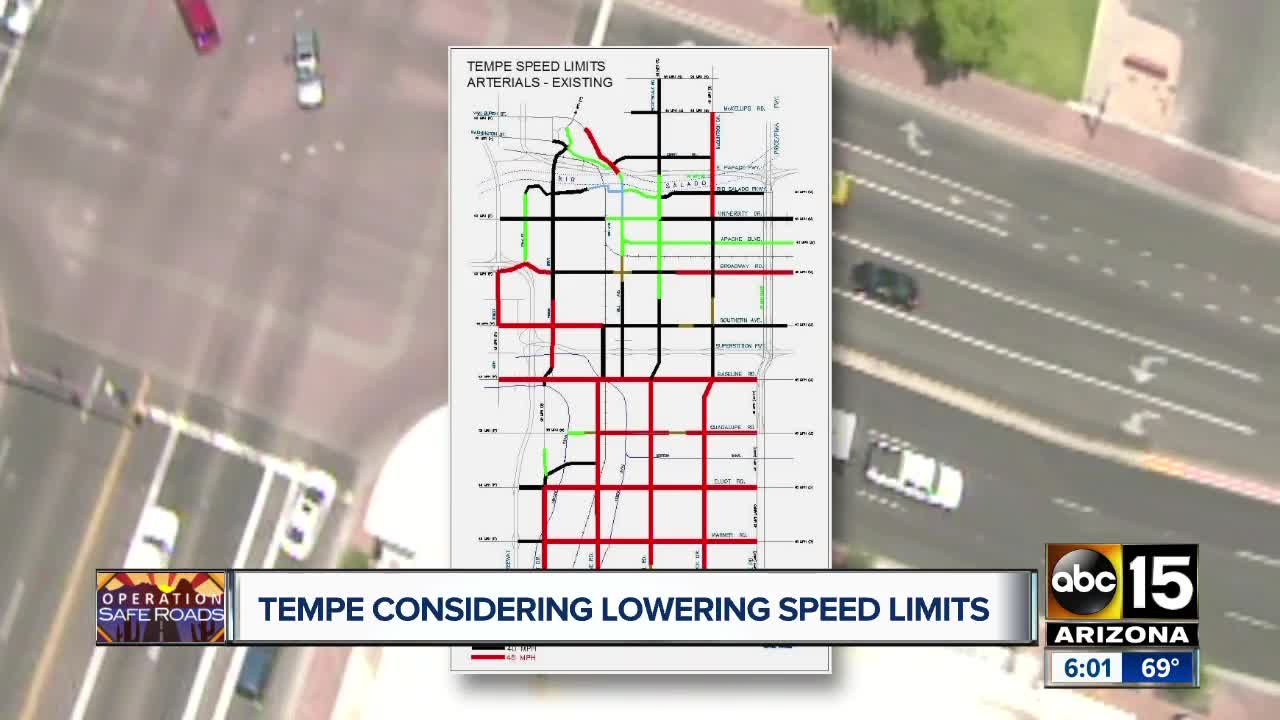 City considering dropping speeds in portions of Tempe by 45 miles per hour. 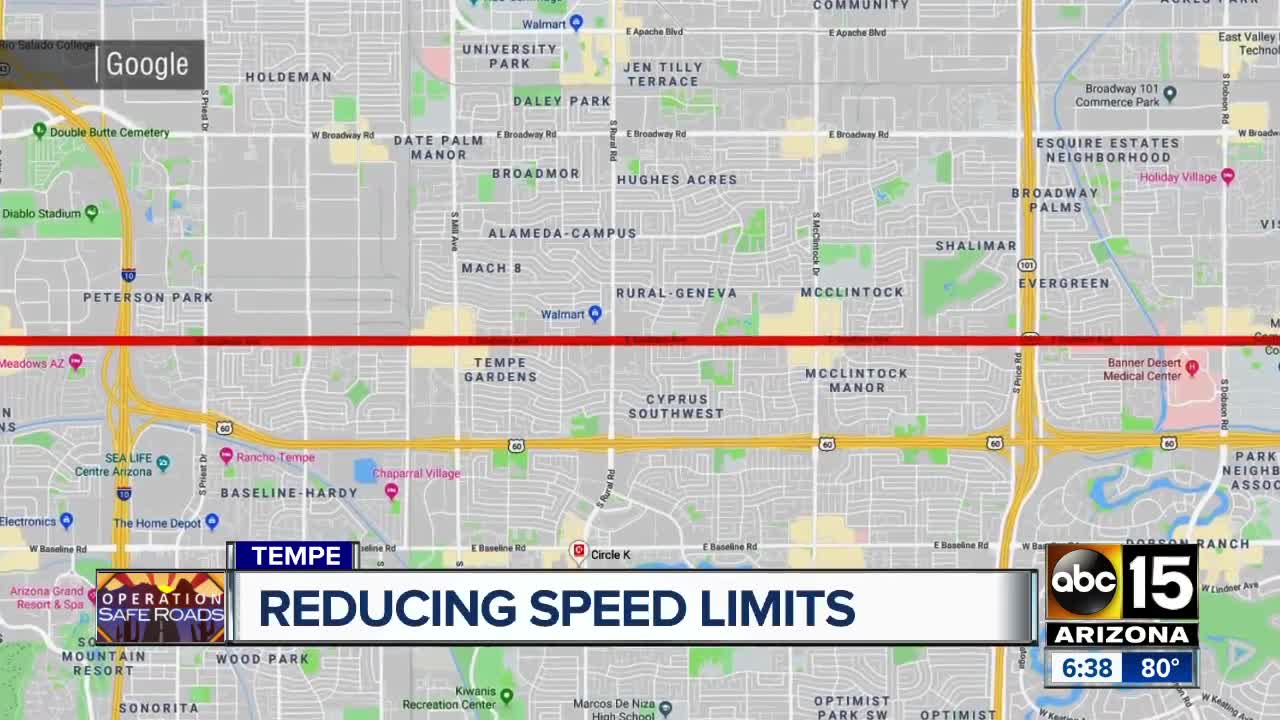 TEMPE, AZ — The city of Tempe is looking for your feedback on possible speed limit changes within the community.

On Saturday, December 11, residents showed up to the fourth and last community meeting to give their input on the idea.

Some were for the idea, and others against it.

"I think the reduction of speed alone is not a viable solution," said one resident. "It makes me angry, we need… there's a lack of education," said another.

City officials told ABC15 they are looking to utilize a safe systems approach when deciding which speed limits will change and where. They know accidents are bound to happen and that drivers make mistakes. This approach is about limiting the chance that the mistake will result in a traffic fatality.

"We're not the same city that we were 10 years ago," said city engineer Julian Dresang, which is why he believes it is time to discuss pumping the brakes in certain areas.

"We're not saying do a blanket reduction city-wide to 25 miles per hour, or something like that," Dresang said. "That's not reasonable."

But, they are looking at dropping speeds 5 to 10 miles per hour. They have been looking at crash data and taking into account how many cars, bikes, and pedestrians are out there. They are using that to decide how low speeds will go in the name of safety.

If you live or commute south of Southern Avenue in the city, expect the speed limit to be changed to 40 miles per hour on arterial streets.

If you are north of Southern Avenue, it is expected to be 35 miles per hour.

On Mill Avenue, they are looking to drop the speed from 30 miles per hour to 25 miles per hour from University Drive to Rio Salado Parkway. Dresang said the city will utilize those four informational meetings to engage and educate the public, as well as bust some "myths."

"In reality, congestion is primarily a factor of delay," Dresang explained. "And where do we see delay primarily...at intersections."

Dresang explained that their traffic lights are timed with the speed limit.

So, if a driver is following the speed limit, traffic should keep moving through.

"A lot of times what happens... is when you're late and you're trying to get somewhere more quickly, you say, 'Why do I keep hitting all these red lights," Dresang asked. "And it's because you're exceeding that progression speed. So, what you're kind of doing is racing to the next red light."

For more information on the upcoming public meetings, click here.