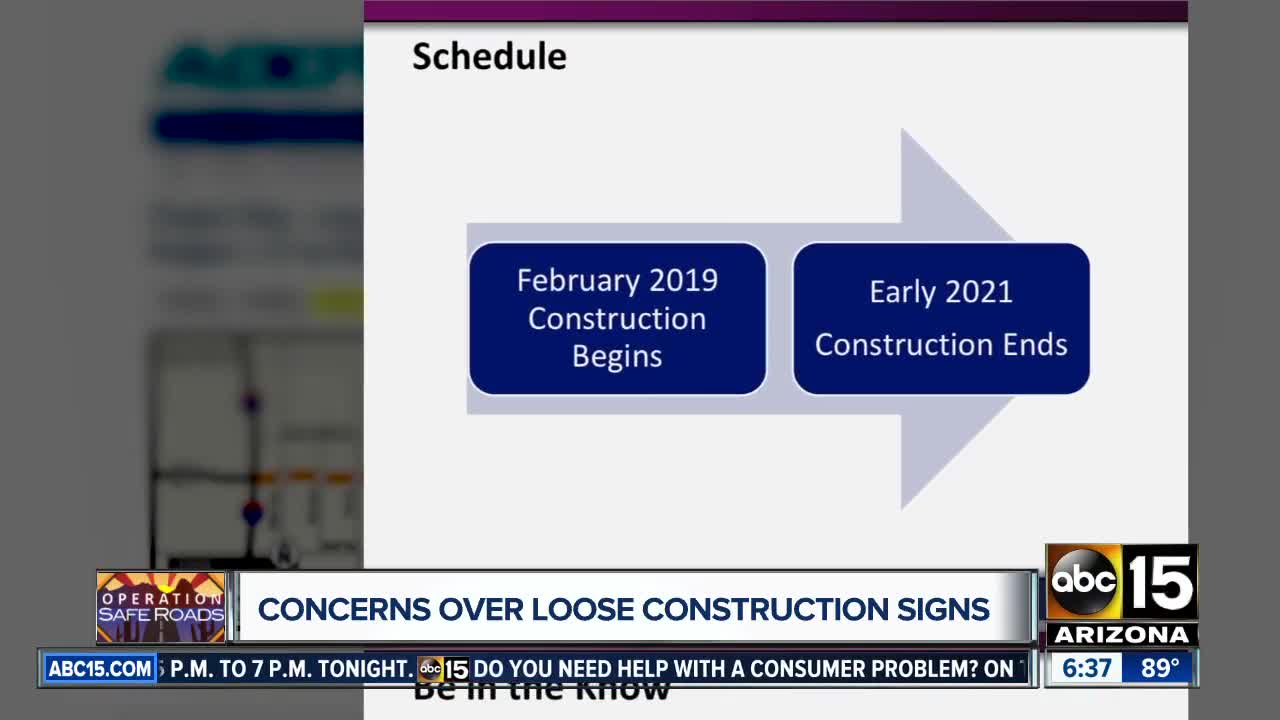 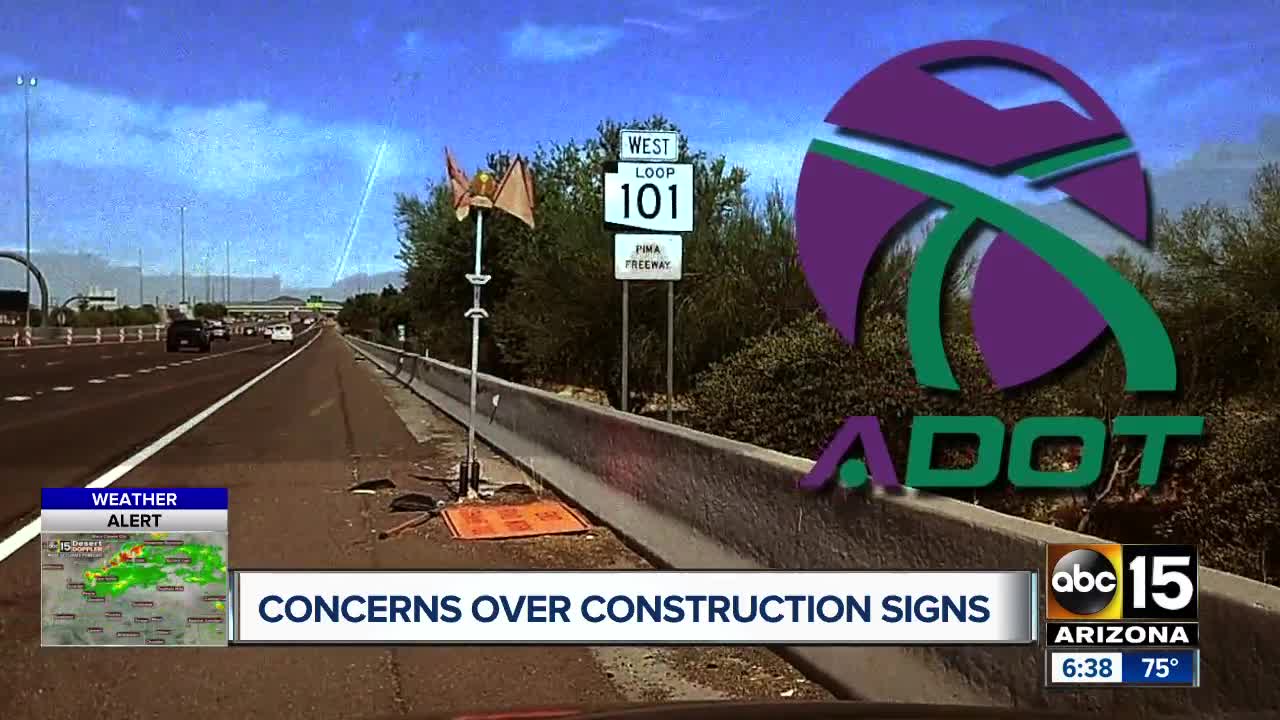 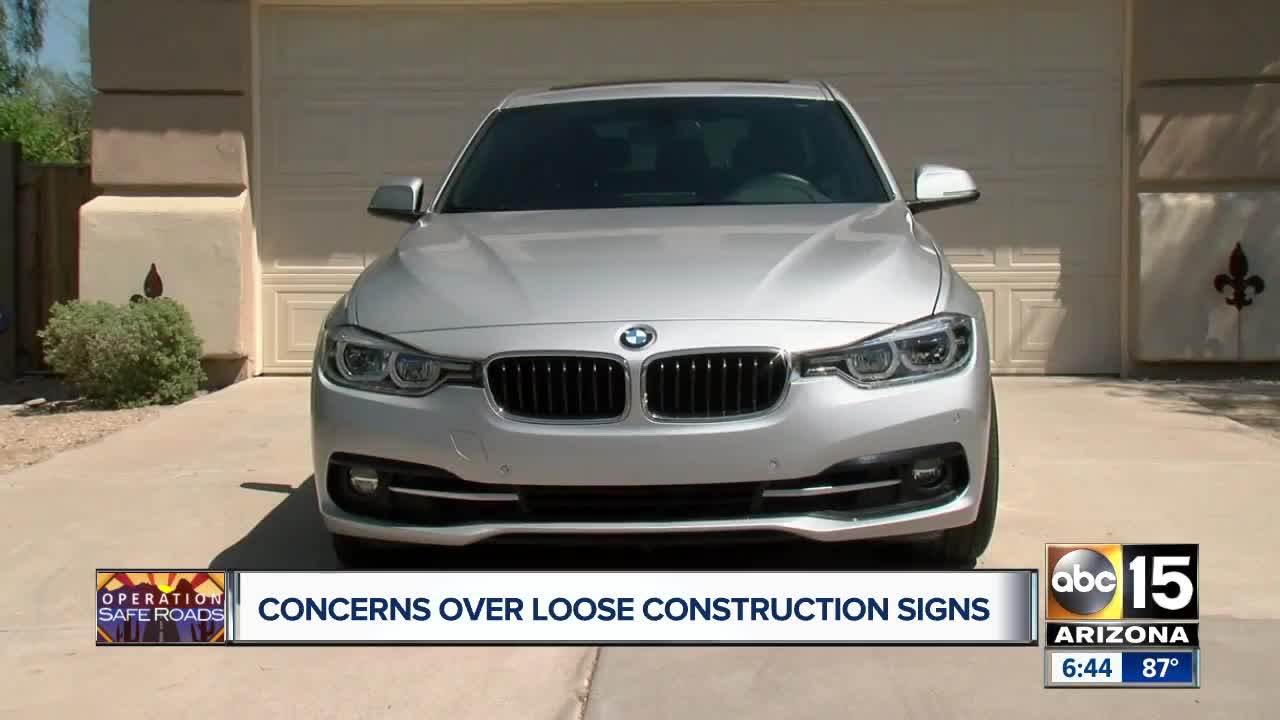 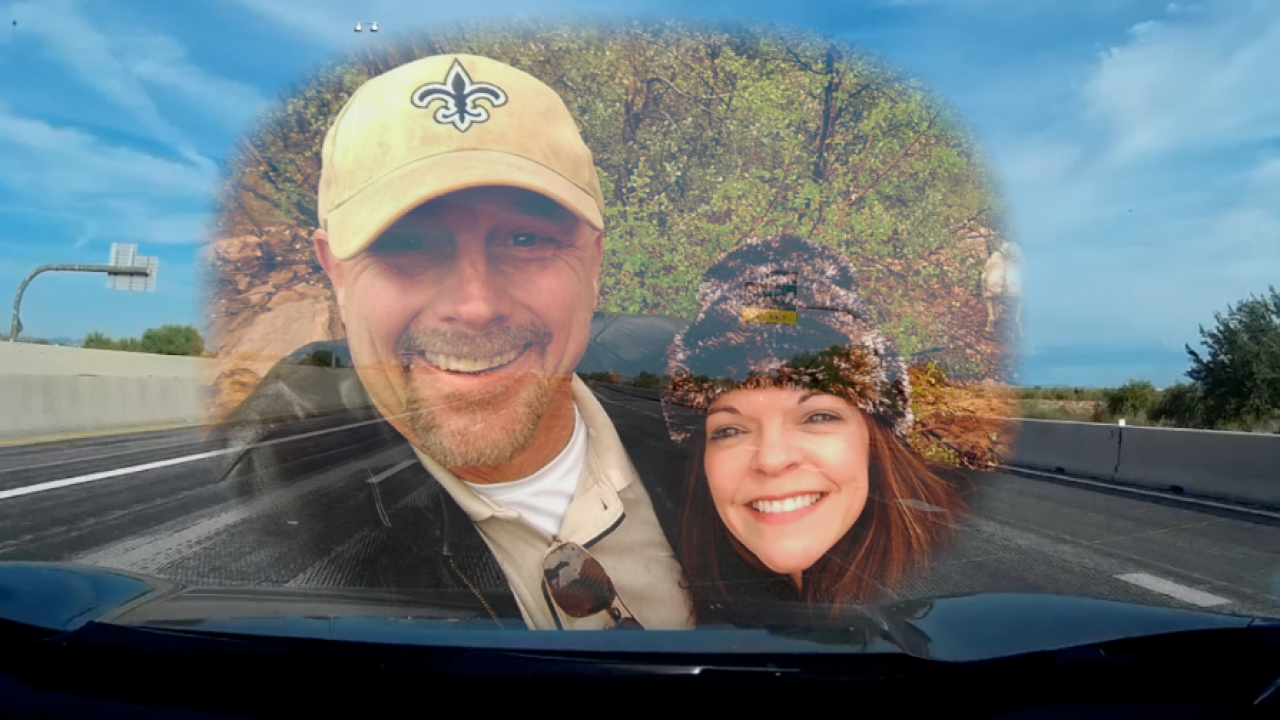 SCOTTSDALE, AZ — UPDATE: Since ABC15 Arizona's reporting on this, the contractor has now agreed to reimburse Savage the nearly $8,000 in damages to his vehicle. Please contact Operation Safe Roads by phone at 833-AZROADS or email roads@abc15.com if something similar to this has happened to you on Valley roadways.

It was a special trip with a special car for a very special woman in Jerry Savage's life.

"My wife has always driven practical cars," said Scottsdale resident Jerry Savage. "And we thought it was time that she got something that she deserved and she deserved the best."

It was a silver BMW that the pair got in April on their anniversary road trip from Scottsdale to Utah.

But, it was on their way back home to the Valley where Savage thought his life could have taken a dangerous turn.

Savage said he was behind a large limo bus.

That construction sign then slammed right into their vehicle, and it was coming next for them.

"It was slicing across the hood," Savage said. "And then it kind of lifted up and it was coming right at us."

Amazingly, Savage said the sign got the pillar of the windshield instead and flipped over the car.

They were okay, but the damage to the BMW was significant.

Savage said to get his wife's special ride fixed cost more than $7,000.

So, he contacted the insurance company and found out what contractor was working with the Arizona Department of Transportation on the Loop 101 (Pima Freeway) Improvement Project. He asked them to pay for some of those damages.

"They sent a denial letter saying they didn't have any part of it," Savage said.

The contractor said they were not working in the area at the time.

ABC15 also reached out to ADOT to ask for their response and to ask who is to blame here.

After multiple requests and more than a week of waiting, the department sent us this statement without answering our questions.

"There are occasions when temporary signs used in work zones come loose. ADOT's No. 1 priority is safety, and our staff and contractors will correct any problems that are reported or discovered. People whose vehicles are involved can contact State Risk Management for follow-up."

"I can understand that things happen," Savage said. "... Accidents happen, and I mean, by accidents - things fail, signs become detached. But, the fact that there are so many examples of them out there makes me believe that that may not be as critical a priority as it should be for ADOT."

Savage is now making it his priority to bring attention to this safety risk.

"Since this happened, we decided to go and invest in a dashcam," Savage said.

He has now been driving the freeway, capturing dozens of signs that are not being properly maintained on Arizona freeways. Savage is wondering when what happened to him will happen to another driver.

"I think they would have paid more attention if that guillotine had come through my windshield and had caused an injury... caused injuries rather than just damage to my car," Savage said. "And it's a shame that that might be what it's going to take if this story doesn't do it, it might take a serious injury before somebody pays attention to the level of priority that they give to safety."

ABC15 reached out to the contractor listed in ADOT's Improvement Project plan via phone, email, and through their insurance company that denied Savage's claim. None of them have responded to ABC15's request for comment.

We also asked ADOT and the Department of Public Safety if they keep track of incidents involving construction signs on Arizona freeways. Both agencies said they do not.

If your vehicle has been struck or damaged by a construction sign, please contact the Operation Safe Roads team. You can call 833-AZROADS, or you can email roads@abc15.com.