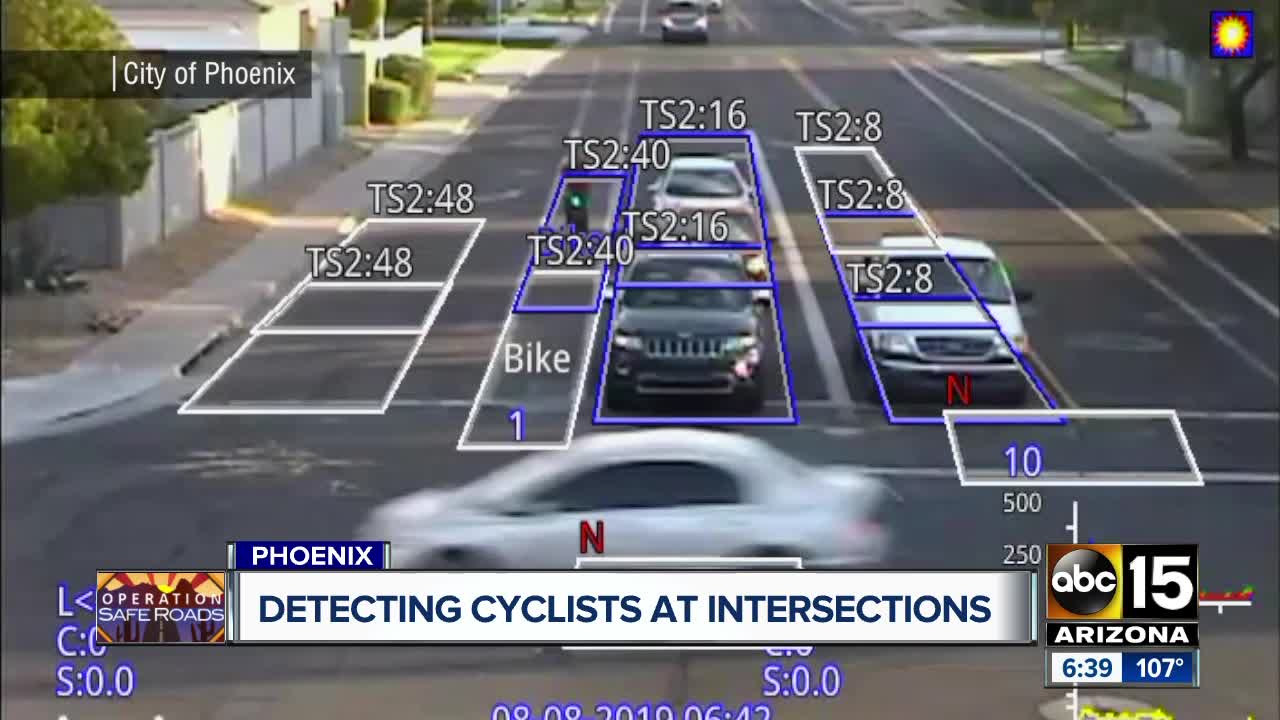 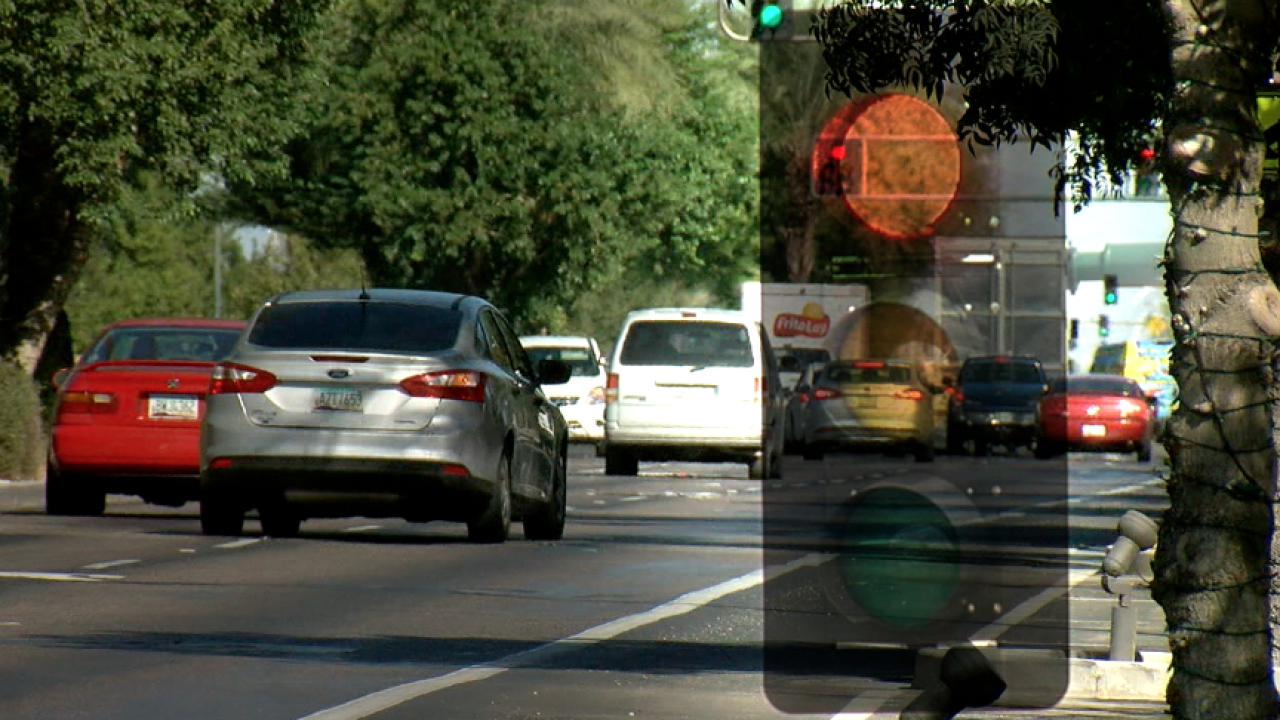 PHOENIX — At some intersections here in the Valley, it is the weight and metal from your car that triggers a traffic light to change when you roll up.

But, sharing the road are also cyclists and they do not have a large metal object to make that happen for them.

That is why the City of Phoenix is researching how they can get bicyclists noticed too.

"In real time, we can respond to traffic congestion and make traffic signal timing changes on the fly," explained Simon Ramos.

Ramos is a Traffic Management and Operations Engineer and it is inside his office at City Hall where he watches more than 1,200 signals.

While a majority of lights change on a timer, roughly 30 percent utilize technology instead.

"This is our thermal technology camera," Ramos said as he pointed to one of their large screens. "And it's basically picking up the heat signature of a vehicle or bicyclist... even a pedestrian."

Thermal is one option. But, they also use regular video cameras with detector zones, and inductive loop.

"The currents run through the wire," Ramos described. "A very small current and, of course, when a vehicle or bicyclist goes over this loop, it acts as a core and slows down that current and then that reduction in current is picked up a loop detector in the cabinet and then places a call into the controller."

These three ways are how Ramos and his team are working to make cyclists more a part of the roadway.

Ramos said this will also help with safety.

"Studies show that, with bike detection and proper signal timing, that it would deter the bicyclist to run the red light and go off on their own or kind of deter from dangerous behavior," Ramos said.

This technology is part of a master agreement between the three state universities who are researching ways to address bike safety, along with pedestrian safety and overall traffic congestion.

Right now, there are a few dozen intersections that have the technology.

However, every new intersection will have some kind of detection system for cyclists.

Have a road issue or question you want Operation Safe Roads to look into? You can give us a call at 833-AZROADS or email us at roads@abc15.com.