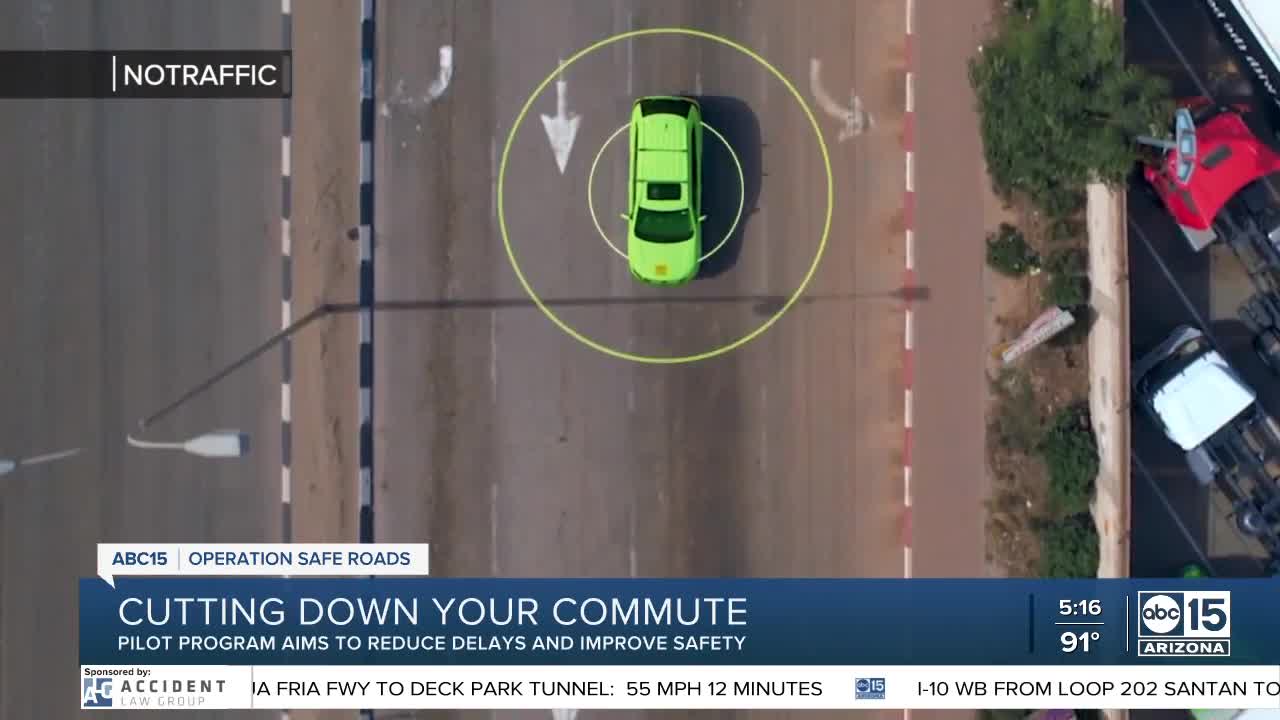 A pilot program aims to reduce delays and improve safety on the roads.

PHOENIX — A year-long pilot program along a busy traffic corridor in Phoenix is utilizing cameras and artificial intelligence with the goal of shortening travel times, reducing delays and improving safety.

“Since we’re able to use multiple sensors, and multiple sensor technologies, we really have a total awareness of the intersection,” company spokesman Kris Milster told ABC15. Milster said the system can detect and distinguish between cars, trucks, bicycles and pedestrians and dynamically adjust traffic signals to accommodate them. It can also detect a potential crash, alert first responders, and — given its wireless technology — notify drivers in cars equipped with wireless receivers of a potential hazard ahead, such as an accident or red-light runner. Milster said the system can conduct “thousands of simulations per half-second to determine the optimal scenario” for traffic signals.

The project was funded by sales tax revenue through the Maricopa Association of Governments emerging technology program. The pilot is a partnership between NoTraffic, the City of Phoenix, MAG, Greater Phoenix Economic Council and the state’s three public universities, whose researchers will analyze the results of the pilot and system’s effectiveness. According to NoTraffic, the system reduced traffic delay time in another U.S. city by as much as 40%.

Simon Ramos, traffic management and operations engineer for Phoenix, said the city corridor was specifically chosen due to its traffic history.

“It is notoriously congested,” Ramos said. “Of course, this is in pre-COVID-19 times, every day it’s congested — saturated — particularly in the AM and PM plans,” he said.

According to Ramos, the adaptive technology will not be engaged for several weeks, allowing the system to learn current traffic patterns. Once it is, he and Milster expect drivers will be seeing more green lights more often.