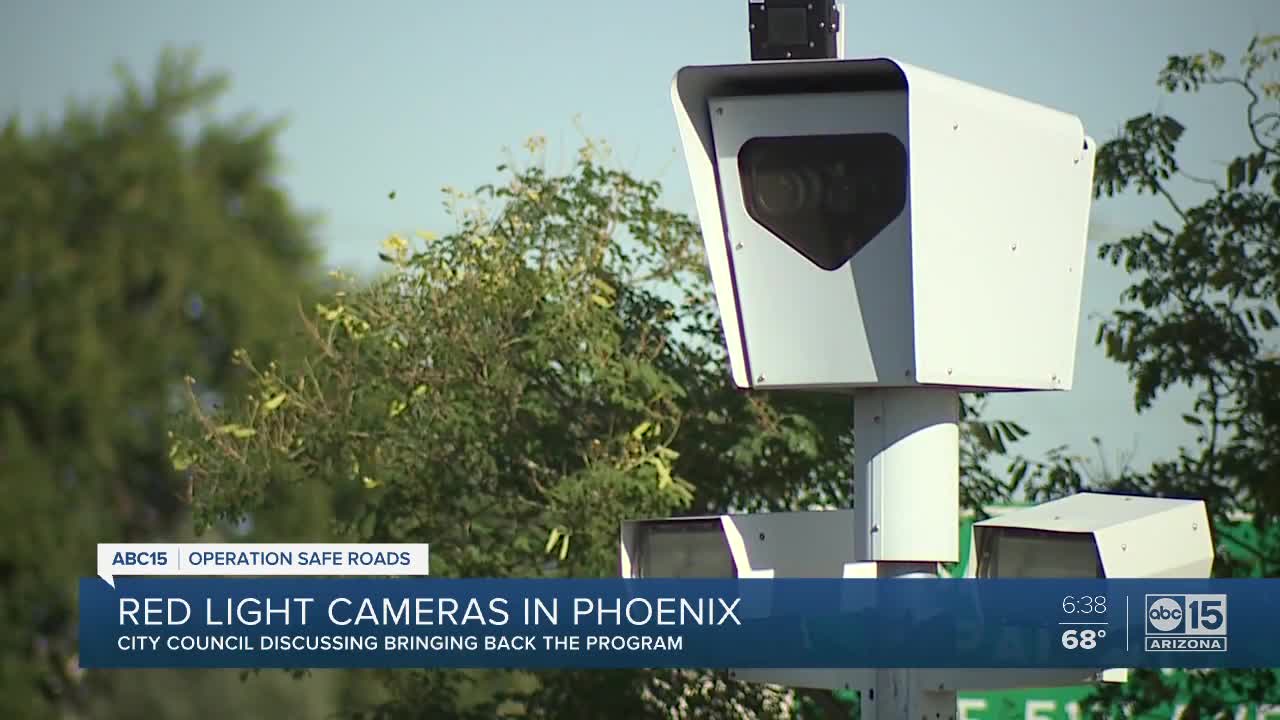 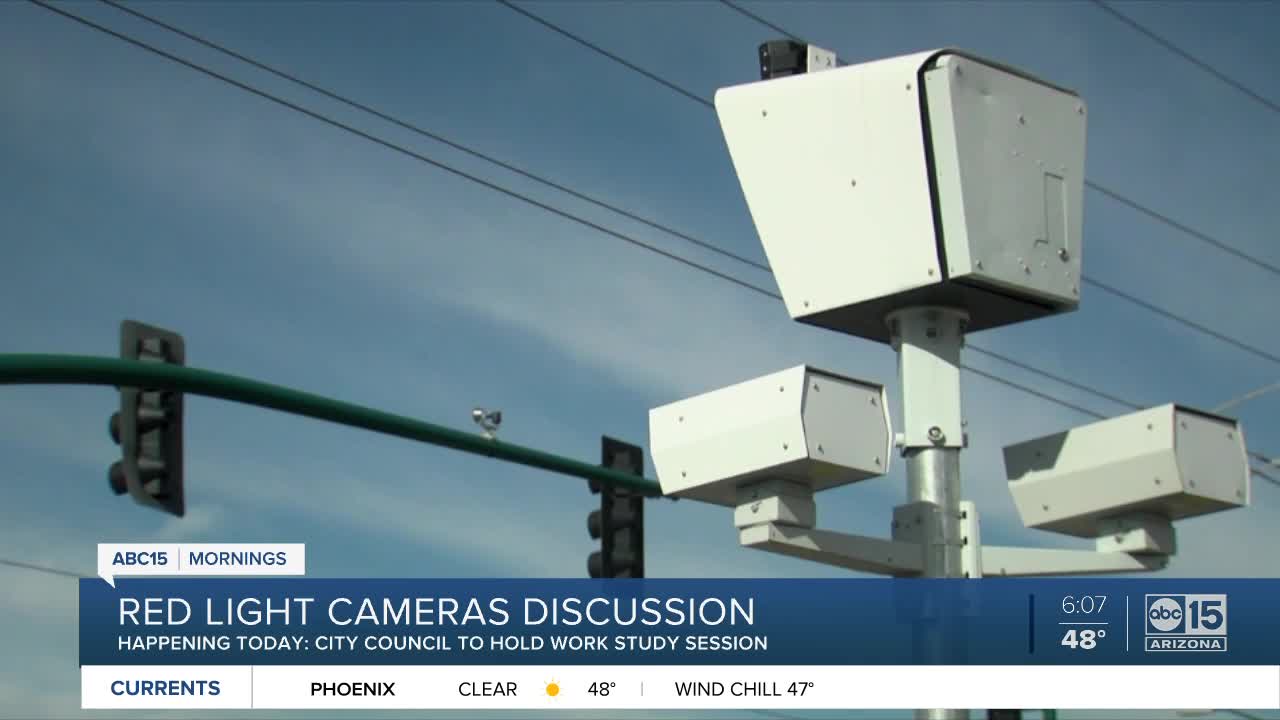 Will the flash of the red light cameras in Phoenix be activated again?

On Tuesday, Mayor Kate Gallego called a Work Study Session to discuss "a proposed methodology to evaluate, identify, and select locations for red light cameras, and the current procurement of a new contract."

According to city officials, there are 1,150 signalized intersections in Phoenix. Each year, these intersections saw an average of 1,520 red light running crashes. Those crashes took the lives of nearly 90 people per year on average.

The Phoenix City Council voted 5 - 4 back in November to allow the contract with Redflex, who owns and operates red light cameras at 12 intersections, to expire. The measure would have also added $800,000 to the more-than-$4 million current contract. It would have also extended the program until the end of this year.

The opposition came from council members who claimed it was a money grab. Some said, they didn't have enough information to vote properly.

Here were the locations of the 12 photo radar cameras:

So, Tuesday's session is meant to start a new conversation among council members using data.

The Street Transportation Department is proposing that the city looks at the last three years of traffic crash statistics, specifically linked to red light running.

The department also asked the council to "factor in crashes with serious and fatal injuries due to red light running violations and crashes involving pedestrians at the signalized intersections were the driver was found to be at fault."

City officials compiled those three years of data, but they are looking to utilize a "composite scoring methodology," that would include values for each factor. From those factors, an intersection would be given a score. The score would help determine if it could be a good location for a red light camera.

Here are the results of the 600 intersections that scored the highest with that point system:

City officials are proposing a five-year contract and 24 fixed cameras, along with 16 photo radar vans for school zones. That would double the amount Phoenix once had.

The following list depicts where each camera could be implemented, when considering the statistical rankings:

Since this is a Work Study Session and not a formal city council meeting, no action will be taken on Tuesday at 2:30 p.m. in City Council Chambers. No public comment will be heard either.

Operation Safe Roads will be monitoring this meeting and will bring you any developments.