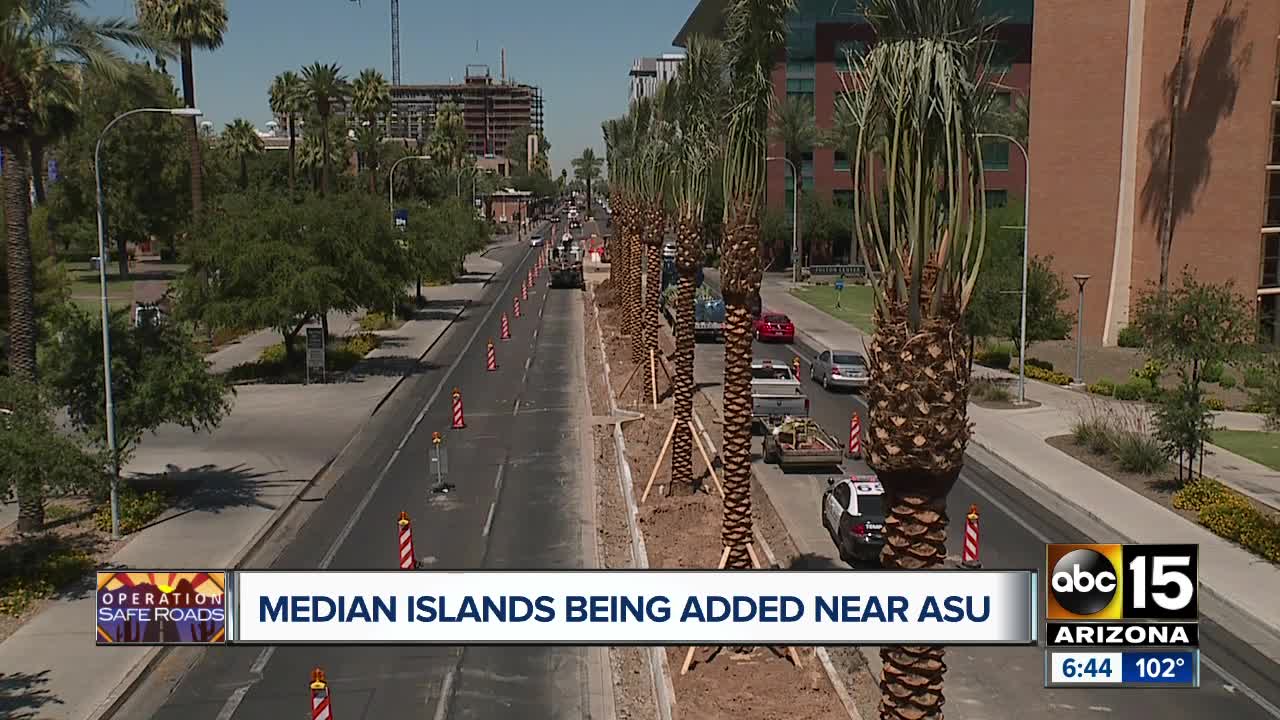 Tempe is first city in Arizona to adopt the national campaign with a goal being zero traffic fatalities within Tempe. 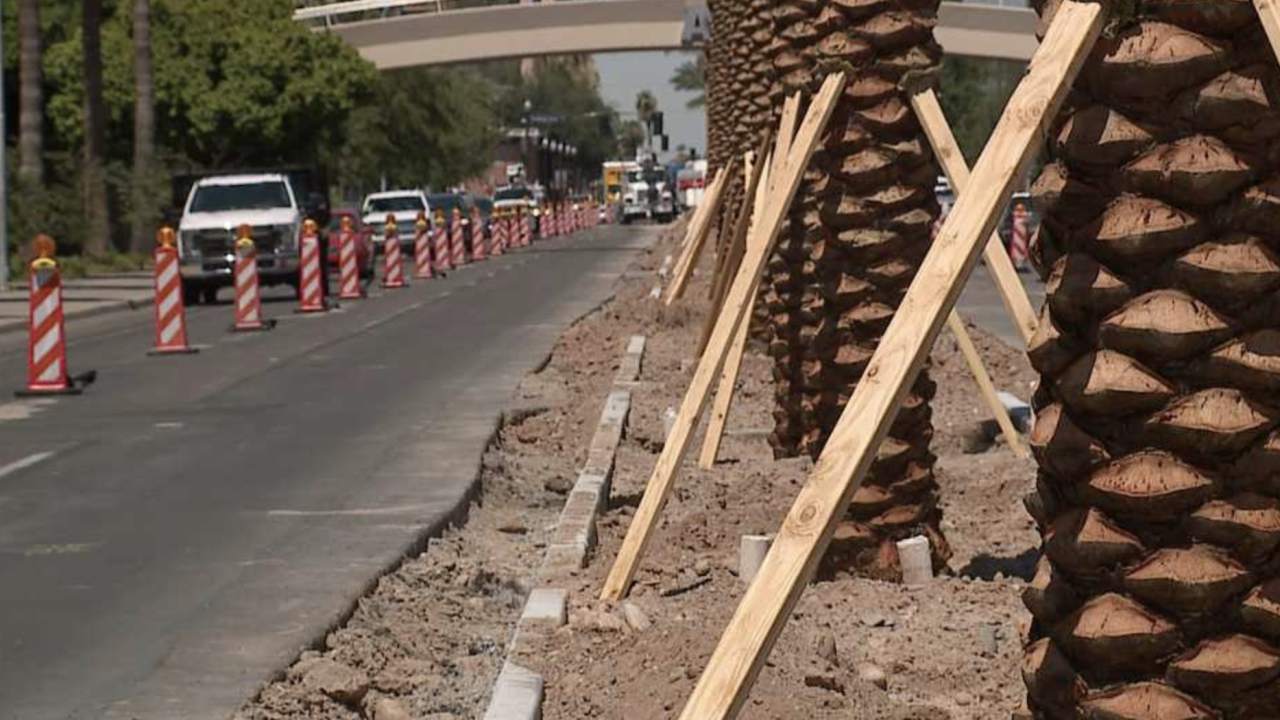 They are trying to stop an accident before it happens. That is what city officials in Tempe said is their reasoning behind adding in median islands near Arizona State University's campus along University Drive between College Avenue and Veterans Way.

"A median island is a raised area usually in the center of the street," City Traffic Engineer Julian Dresang explained. "And often times has landscaping and it really is a vertical element that prevents vehicles from turning and using that area."

Garcia drives to his summer classes and said even in the slower summer semester, it can still take time getting through and getting to class.

But, come fall - "heavy" will be an understatement. Before students head back to class in August, construction crews plan on having those median islands done.

The new project is a part of the Vision Zero initiative within the city. Tempe is the first city in Arizona to adopt the national campaign with a goal being zero traffic fatalities within Tempe.

These median islands will cost approximately $750,000 dollars and is a partnership project between ASU and the city of Tempe.

Dresang said there are three goals for adding these: safety, sustainability, and improving the look of the street.

"We know that because of the environment around here in the downtown ASU area... because of the high volume of bicyclists and pedestrians, the potential is there," Dresang said.

He is referring to the potential for deadly accidents. So Dresang believes that by adding a barrier, they are preventing drivers from making left turns or U-turns near all of those students.

Something Garcia said is a real problem he sees from behind the steering wheel. "When you're driving over here and it's like packed, so drivers just like make random U-turns and then it's super dangerous for the people going the other way because you don't know what to expect," Garcia explained.

Dresang said no travel lanes are being eliminated with this project, but a slow-down is expected in an already crowded area. He anticipates roughly 5 miles per hour in reduced speed.

However, for ASU students like Elli Michael, that small change will make a difference. "Everybody walks on this campus. Nobody really drives around campus," Michael said. "So, I think it's more important that pedestrians are safer than drivers being able to get around easy."

As for drivers, Garcia said he is not worried about it making his commute even slower. He knows what he is in for when he makes his way to campus. "It's going to be packed either way," Garcia said.

Have a road issue or question you would like Operation Safe Roads to look into? Call (833)-AZROADS or email: roads@abc15.com.