Operation Safe Roads: How far do cars have to stay away from cyclists? 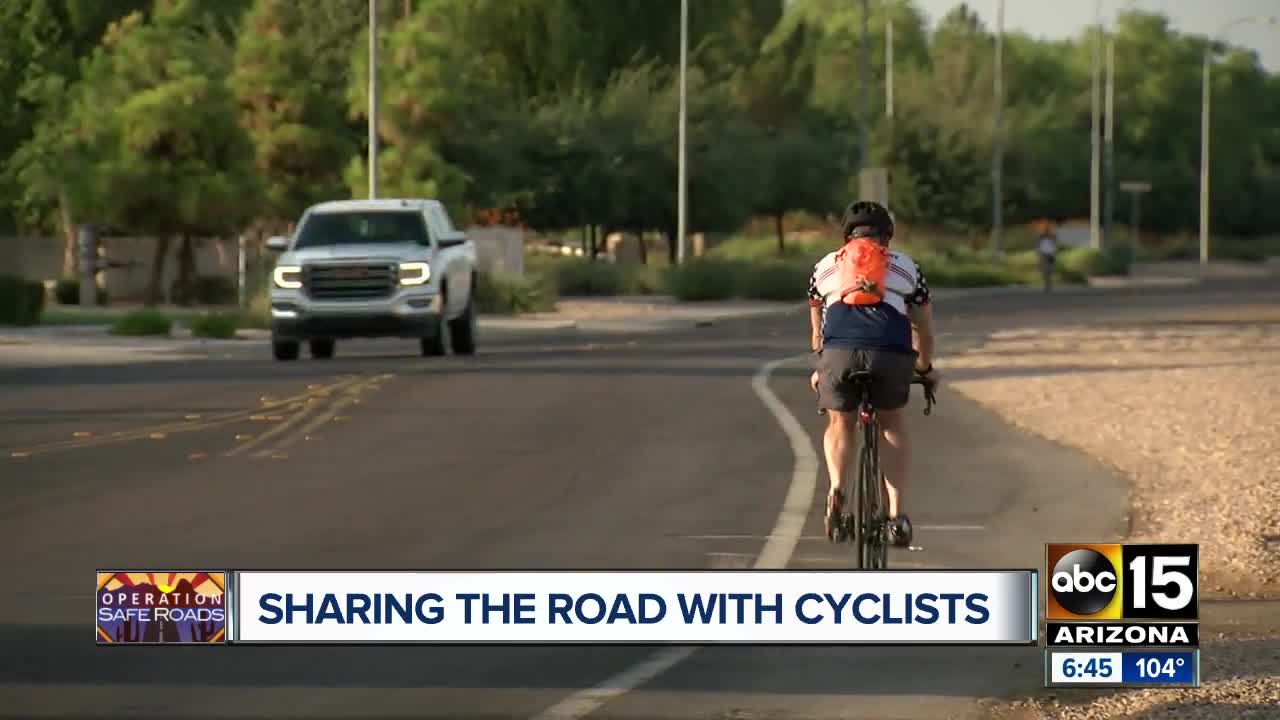 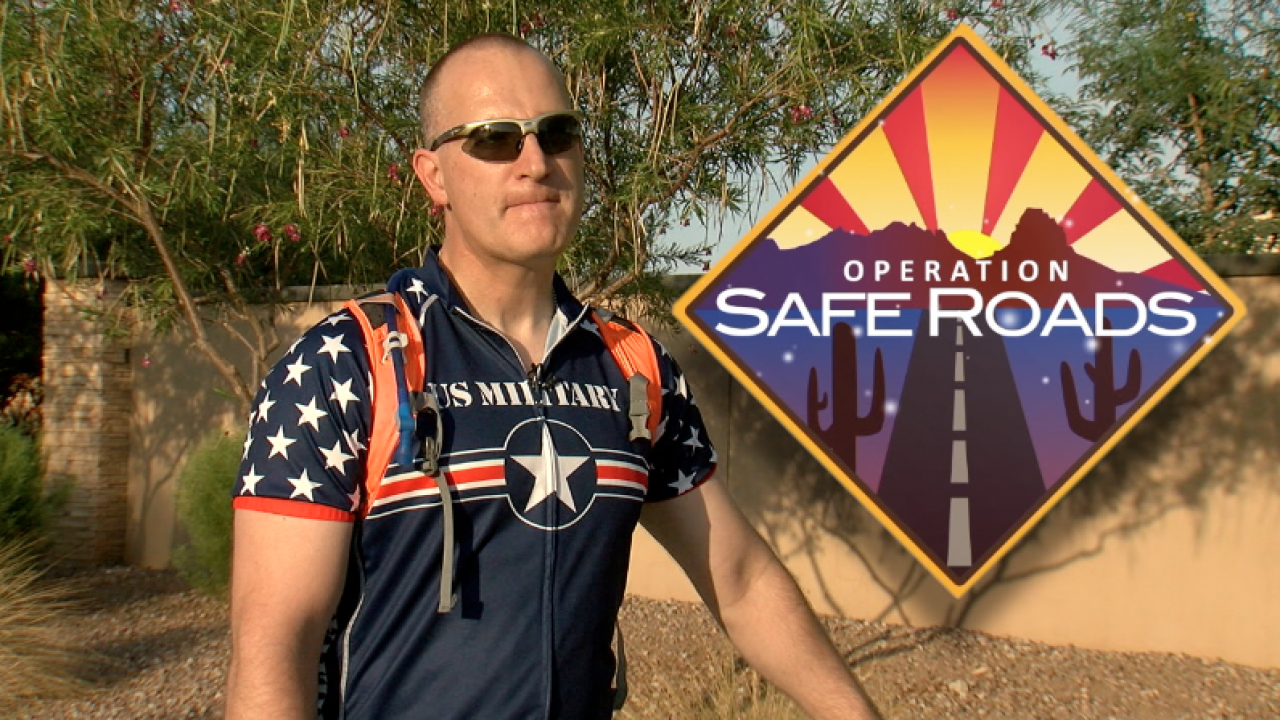 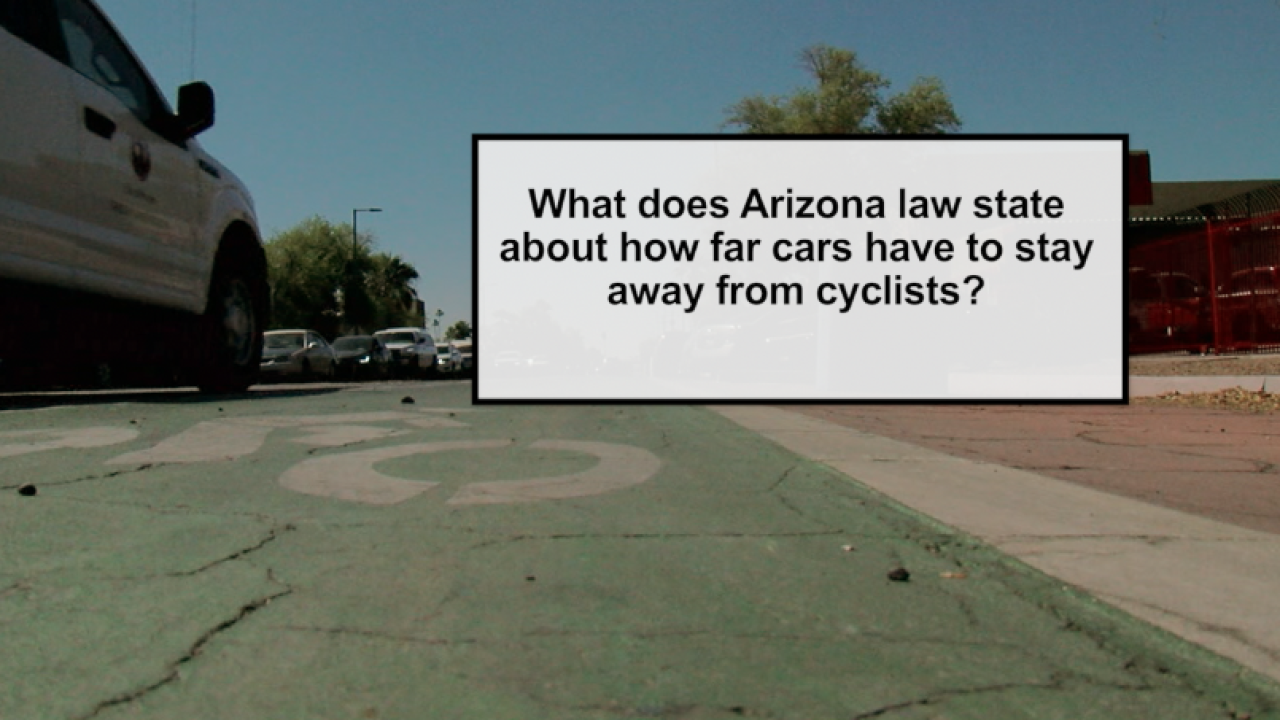 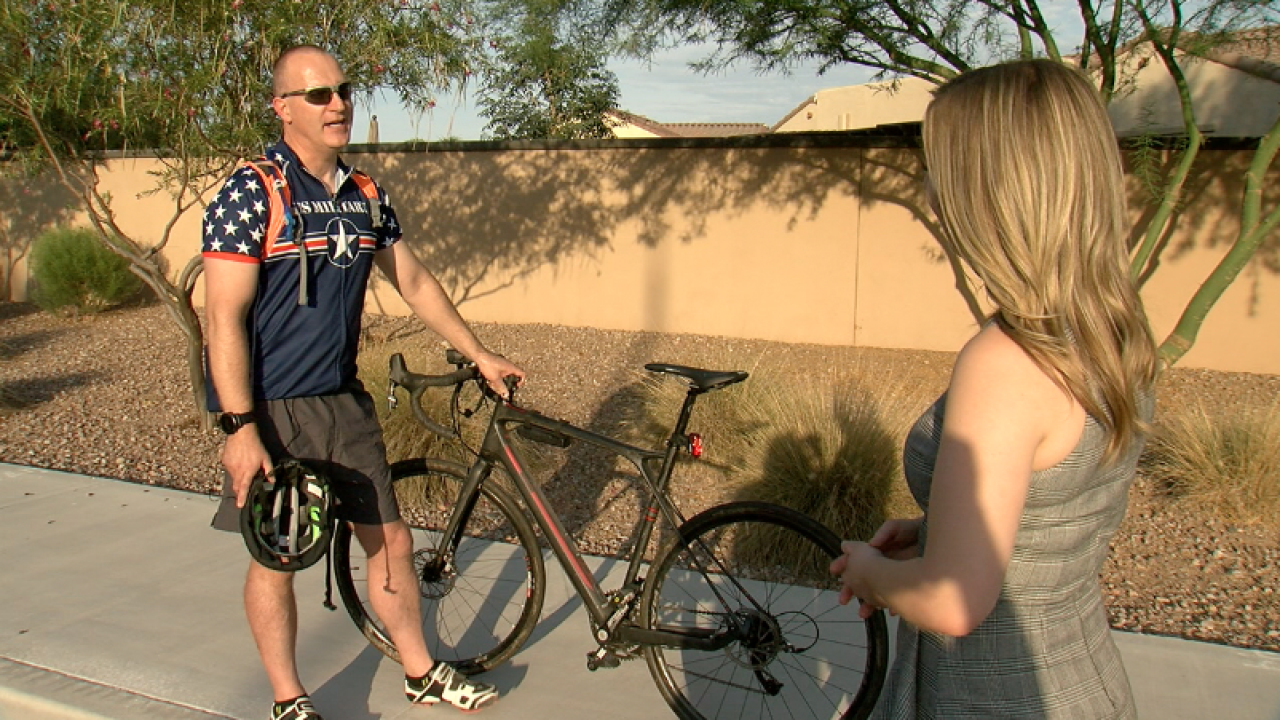 CHANDLER, AZ — Cyclist and cars are supposed to share the road. But, we know four wheels versus two wheels can have deadly consequences.

ABC15 recently covered a study that listed Phoenix as one of the most deadly places to ride a bicycle.

After many close calls of his own, one Valley man reached out to Operation Safe Roads asking about the laws that are in place to protect his ride.

He has been hopping on his bike for more than 30 years.

"It's just fun," Heldwein said. "It's fun being outside in the morning before the heat starts and it's a good exercise."

But, while pedaling is one of his favorite pastimes, it is not always smooth sailing for him.

"Every time, I'm on my first half-mile and there is a close call," Heldwein said.

Heldwein reached out to Operation Safe Roads after seeing our other reports.

"I thought, it's a great opportunity to just get a hold of you and see what you know," Heldwein said.

He emailed us asking, 'What does Arizona law state about how cars have to stay away from cyclists?'

"And then, also, as a cyclist, what happens sometimes is that you come on a driveway or a neighborhood road that comes out onto the main road and people cut out right in front of you," Heldwein described. "Are there any rules or regulations where they have to obey us just like cars where some people may not know?"

According to the Department of Public Safety, cars should make sure there is at least three feet between the vehicle and a cyclist when passing.

Other law enforcement agencies state that drivers do need to yield to cyclists, like a driver would another vehicle.

"It's a really unfair advantage that the car has," Heldwein said. "It takes one hit and you're down and you're probably in the hospital."

Heldwein said, he would appreciate if police gave out more warnings and educate drivers about what it is like to be on those two wheels. Heldwein also said cyclists need to make sure they take responsibility too and follow traffic laws.

"I ride, I drive cars, so I'm also conscious around cyclists," Heldwein said. "But, the majority of people that drive cars don't ride, so they just don't know what it's like to have that close call."

Heldwein also asked if he could take action if there is no contact with a vehicle, but he felt threatened.

According to ADOT's Bicycle and Pedestrian Program, the answer is yes. They suggest getting a license plate number and a vehicle description.

Then, a cyclist can use that information to contact local police or the Motor Vehicle Division.

Have a road issue you want Operation Safe Roads to look into? You can call 833-AZROADS or email roads@abc15.com.