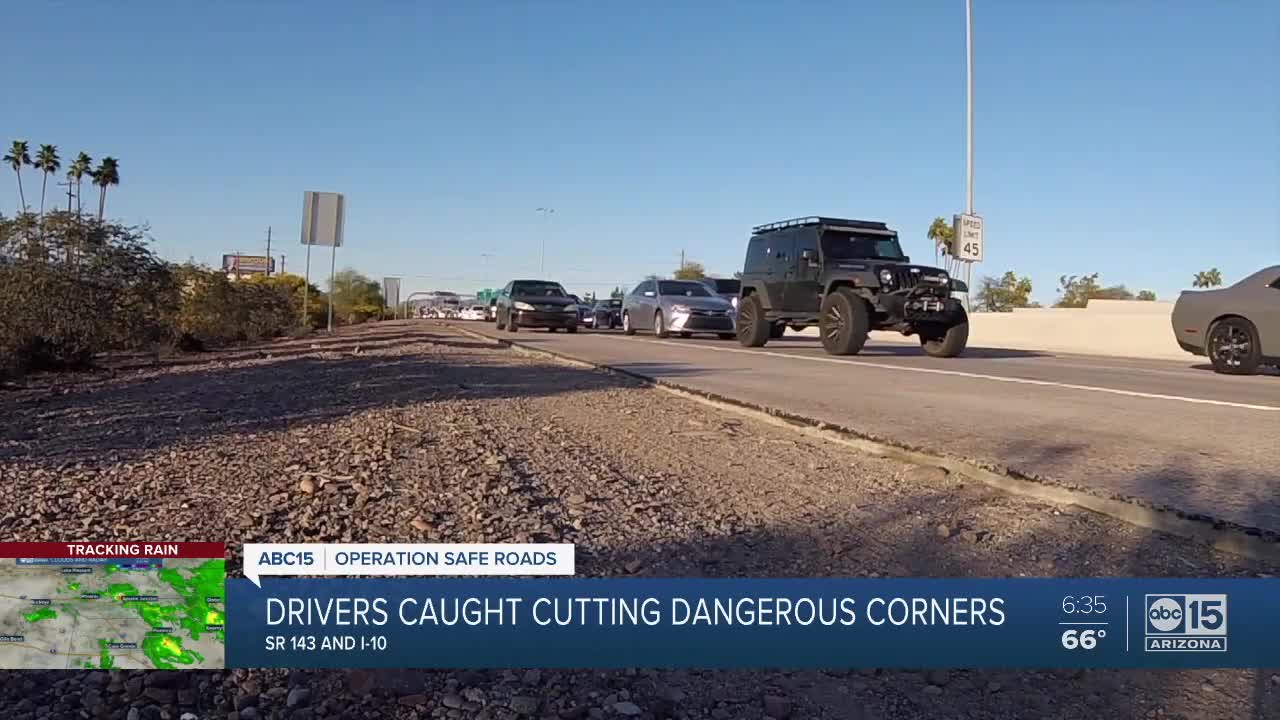 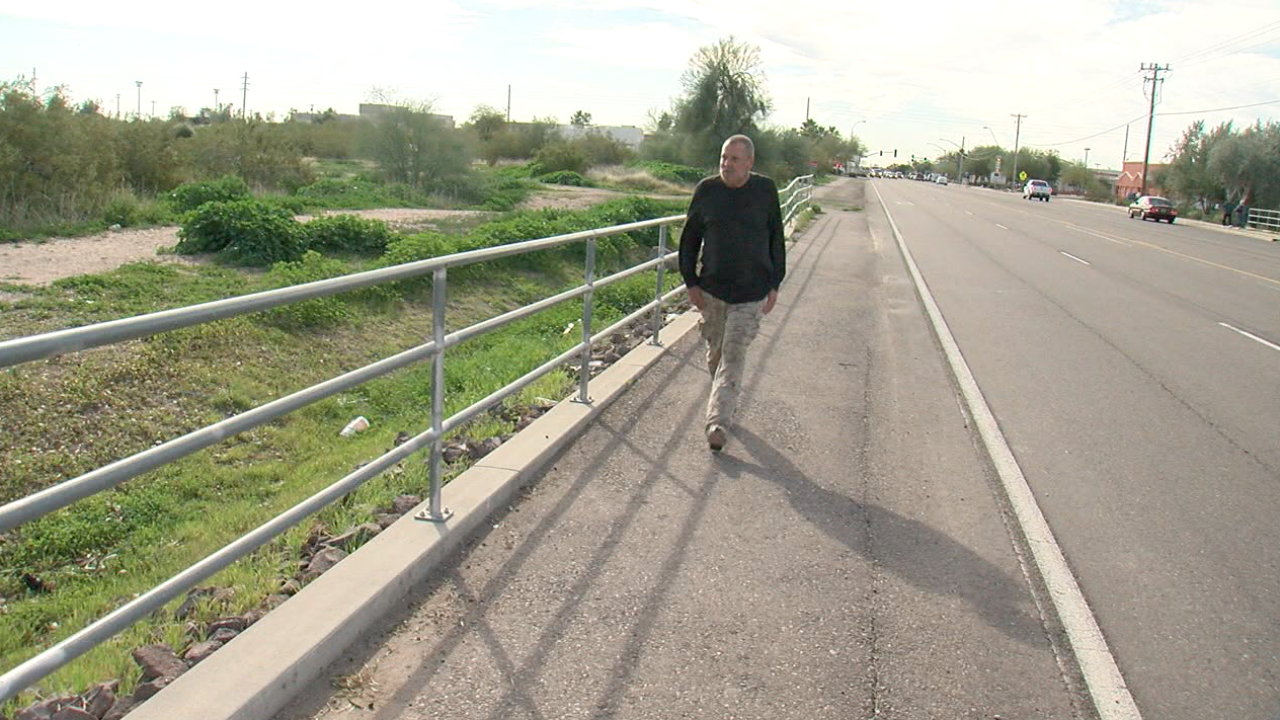 APACHE JUNCTION, AZ — He walks mostly everywhere because he has to.

An Apache Junction man called the Operation Safe Roads hotline because he is legally blind and his route each day includes a stretch without a proper sidewalk.

Mike Deweeger is not just concerned with his own safety, but the safety of students who attend the schools in the area.

I went out to walk the area with Deweeger near Ironwood Road and Southern Avenue.

Deweeger explained how his routine is confined to the rise and fall of the sun. He cannot go out during the early morning or late night.

"I've got zero central vision," Deweeger said. "I've got peripheral vision to some degree. It's a retinal disease."

The disease makes it nearly impossible to differentiate between the black-top path in place for pedestrians and the road for cars.

"I've used my cane a few times and I can feel where the asphalt is with my feet... but, so far I haven't wandered too far up that way," Deweeger said about how close he's come to the actual roadway.

His biggest concern is a pathway that puts pedestrians directly next to vehicles with no curb, just a painted white line.

"And I called the city and they said, 'Well...we can't really do it,'" Deweeger said. "That's why I called you guys."

Deweeger said the Apache Junction Public Works Department told him they could not fit it in the budget.

But, as Operation Safe Roads began looking into the issue, we found a notice for a recent public meeting for sidewalk improvements just up the road on Southern Avenue. But, it does not include the area Deweeger is concerned about.

"There are some things we could look at," said Director of Development Services Larry Kirch.

Kirch met ABC15 at the area of concern and acknowledged the area could use some upgrades.

He also said that whoever Deweeger talked to within the city should have put him in contact with their ADA coordinator.

"In this particular case, I think that's where we probably missed a step," Kirch said.

Deweeger said he did receive a call from that ADA coordinator to discuss his concerns on Tuesday.

But, now, Kirch explained how they are looking at both long-term and short-term solutions.

"We may be able to just put in some curb along the length of the most hazardous parts," Kirch said. "That I think we can do fairly quickly."

The harder part is working with the owner of the property to see about moving the pathway, so pedestrians will have a safer amount of space.

But, when that would happen is still unclear. The city said they're looking to their budget now.

"The city is really wanting to move forward, just like other Valley cities and making our communities more... walk and bike friendly," Kirch said.

Operation Safe Roads will keep you updated on the progress of a project in the Mike's area.

If residents in Apache Junction have road issues in their area, Kirch asks that they visit their Report a Concern page or call (480) 982-1055.

Do you have a story that you would like Operation Safe Roads to look into for? You can contact us via our hotline at 833-AZROADS or email roads@abc15.com..