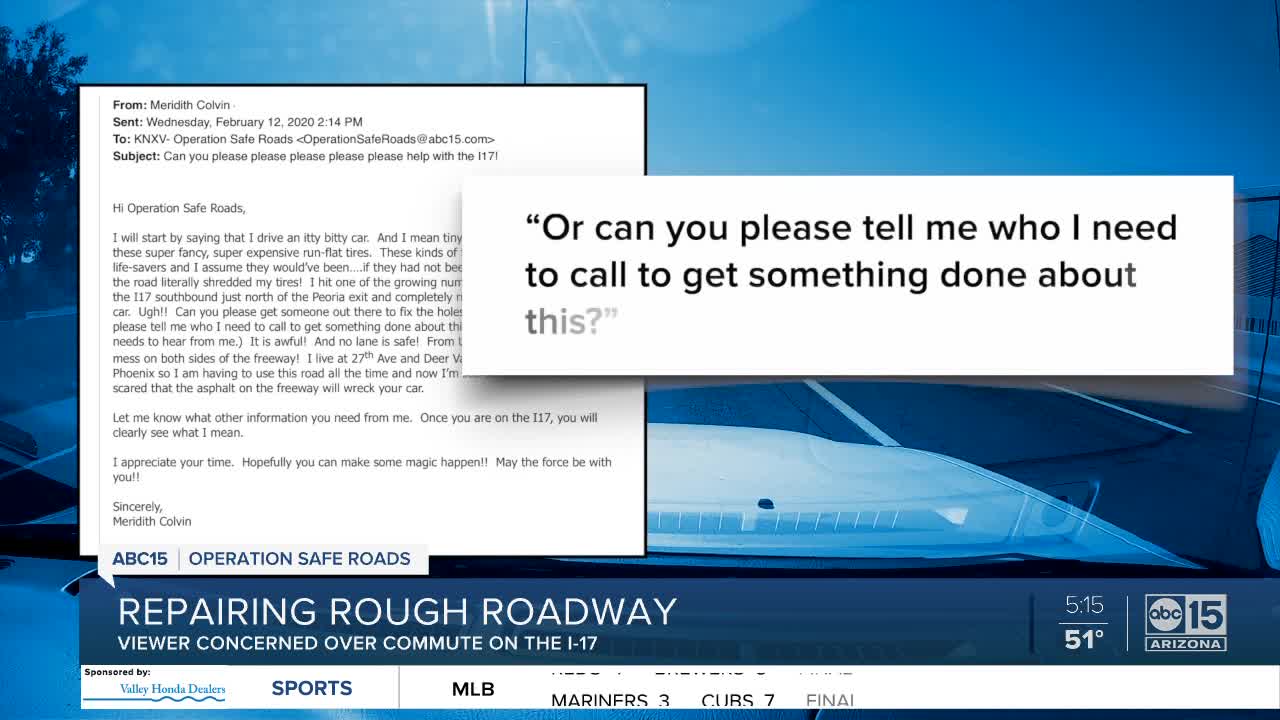 ABC15 went to ADOT and asked about the process for picking projects. 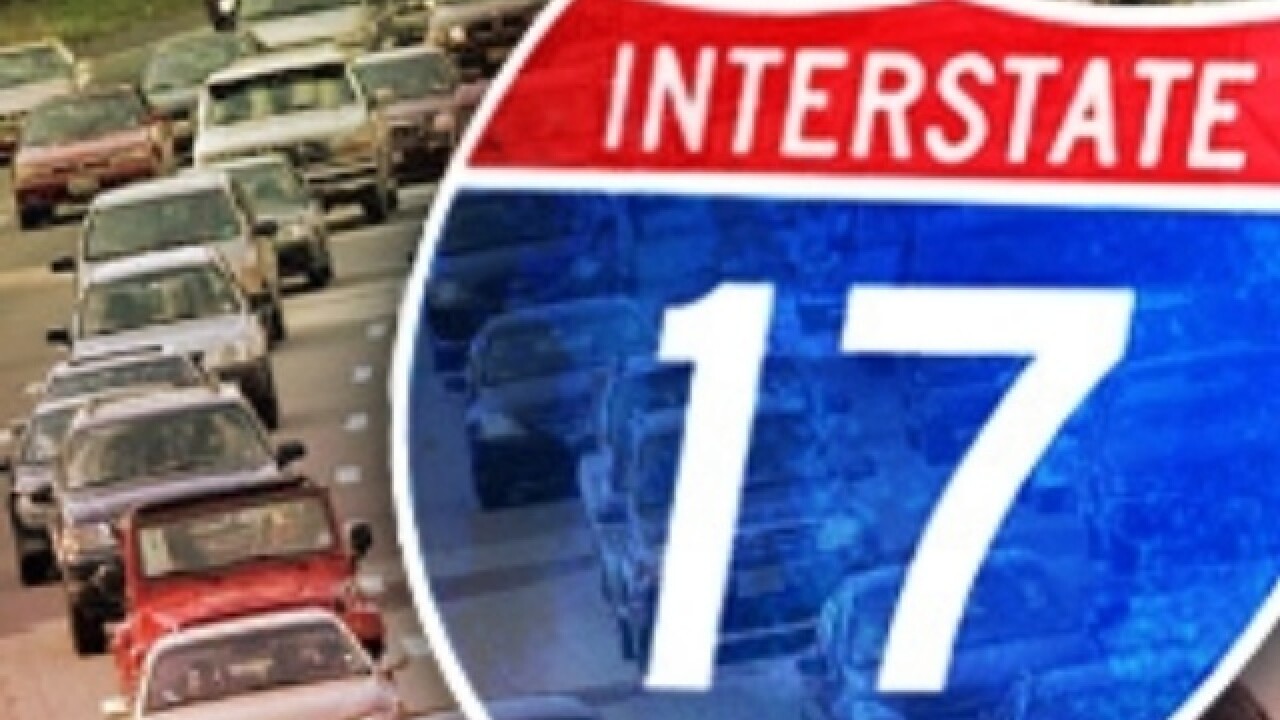 PHOENIX — She is a native Arizonan who has adapted to the growth of the community.

"Back in the day in the East Valley there was one -- the 60...that was it," recalled Meridith Colvin. "And now, we have all the Loops and all the 51s and all that stuff."

However, Colvin's 2016 Mini Cooper has not adapted as well to the new environment.

"It's on the 17 between like Bell and Northern," Colvin explained. "It's just the road is really icky and it just chews at tires. It's killed the tires on my little bitty car and I love my little bitty car, so I can't have it dead."

Colvin says there are holes in the pavement and giant potholes on the freeway. She believes they have cost her tires to shred twice in the last few months. The cost to repair them has been close to $1,000.

She also has concerns about the safety of herself and other drivers on this rough roadway.

"The traffic is definitely jacked up because people are like stopping and... and there's really nowhere you can go," Colvin described.

After seeing our Operation Safe Roads reports on ABC15, she decided to reach out to us writing in an email to roads@abc15.com: "Can you please get someone out there to fix the holes in the road? Or can you please tell me who I need to call to get something done about this?"

"I couldn't believe that somebody was actually maybe going to help me, like maybe get this fixed like in a timely fashion."

Thompson showed Colvin how to submit her feedback to ADOT and asked Colvin to let her know when she received a response from the department.

"Well, I said - 'Please ADOT, you got to help me... it's killing my car. What are the plans,'" Colvin said. "And they sent me back a chipper little email right away, which was pretty good. But, they said they're weren't going to do anything seriously about it until 2023."

It was a quick response. But, Colvin could not wrap her mind around the answer.

So, ABC15 went to ADOT and asked about the process for picking projects.

ADOT explained, they do not consider this portion of the I-17 to be unsafe. If it was, they said it would be moved up on the priority list. But, they do understand it is a nuisance.

Boschen explained the department does try to fast fixes whenever they are alerted to a problem.

"In terms of the quick repairs, if we have a pothole and we find out about... we're out there as soon as we can," Boschen said.

But, the longer term repairs come with budget restrictions.

"So, we take what we have for funding and we prioritize it the best we can and this is what we have to live with," Boschen said. "You know... we do have a checkbook and we try to manage our checkbook just like you do at home."

ADOT says with thousands of miles of roadway statewide to maintain, they look for drivers to reach out to them, just like Colvin did.

Click here to submit feedback about a problem area on your commute.

If you have an issue you would like Operation Safe Roads to look into, you can contact the team by calling 833-AZROADS or emailing roads@abc15.com.