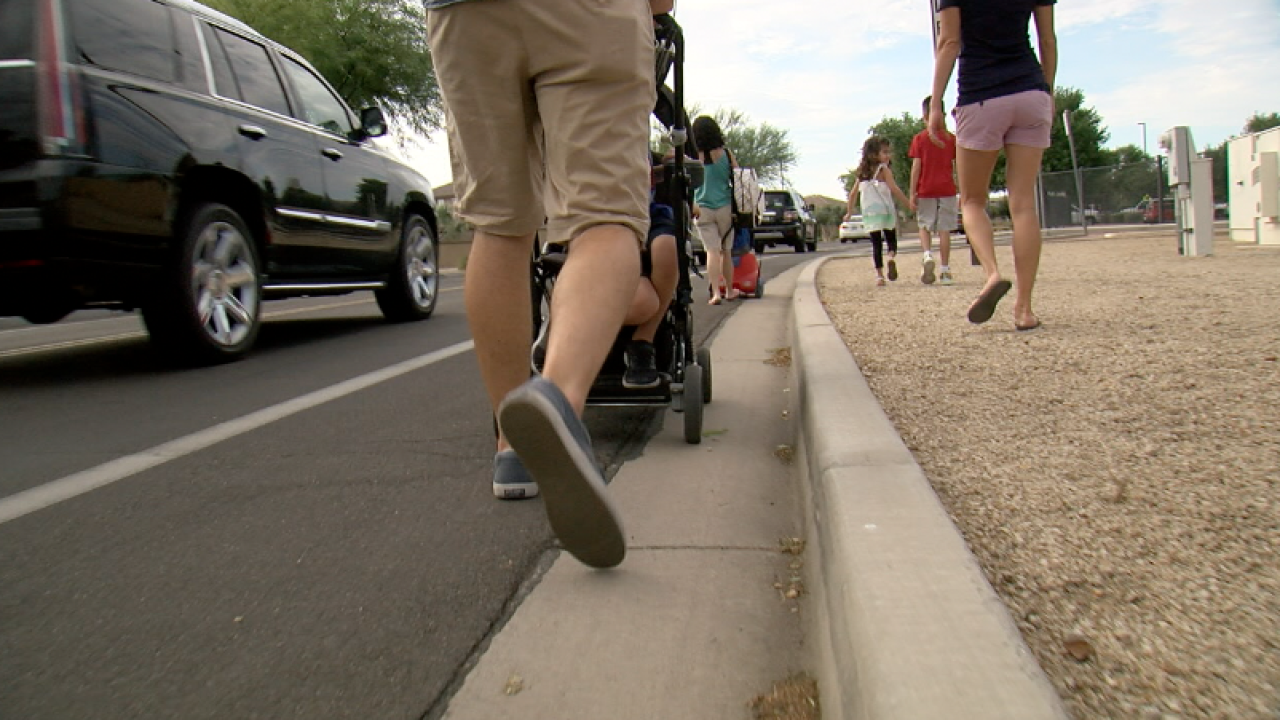 GILBERT, AZ — Back at the start of the school year, we introduced you to an East Valley family who believed their walk to school was more dangerous than it needed to be.

There was no sidewalk on one side of the street that many in the community near Riggs Road and Higley Road in Gilbert used to get to Riggs Elementary School.

The Gorshe family reached out to Operation Safe Roads to help after the town of Gilbert ignored their email request.

"So, in the beginning - before we contacted ABC15 - it was very frustrating," Curtis Gorshe said. "We hadn't heard anything."

When Operation Safe Roads took action, we got results in less than 24 hours. Now, our team went back to walk that new sidewalk for the first time with the thankful family.

"We've got a new sidewalk put in. It's amazing," exclaimed Curtis. He and his wife Adrienne are the parents of two young boys.

"It's huge for us and so many other people," Adrienne said.

It took our pushing, but the town, the HOA, and the school all worked together quickly since August. They did agree after an assessment by an engineer that a sidewalk would be a good idea.

"After reaching out to you guys, the city was very overly communicating with us and the emails and letting us know what the progress was and showing us the plans," Curtis explained. "So, that was very encouraging."

The planning phase was about two months, but the actual construction project to install the sidewalk only took a matter of days. They planned it to time with Fall Break and it was ready to walk on by the re-start of school.

"If things aren't working out, you know, reaching out to the cities or whoever to go to the local support like ABC15," Curtis said.

Do you have a road issue in your neighborhood or in your community? You can let Operation Safe Roads know by calling our hotline at 833-AZROADS or email roads@abc15.com.

*Editor's note: In a previous version of this story, ABC15 reported that the Seville HOA ignored an email request from the Gorshe's regarding this issue. The HOA provided ABC15 an email showing it had responded to the Gorshe's request and informed them the issue had to be addressed by the town of Gilbert, as the town owns the streets and public sidewalks inside the HOA.*