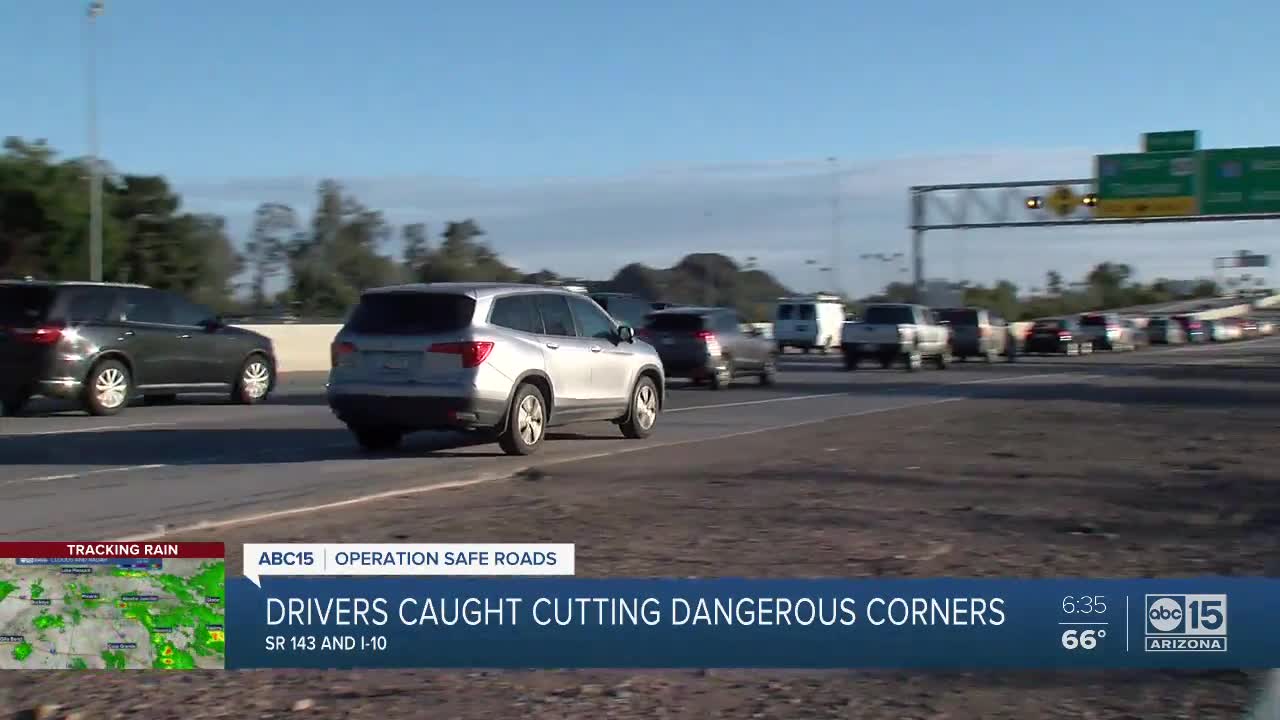 Cars caught driving onto the shoulder to avoid backup on SR 143. 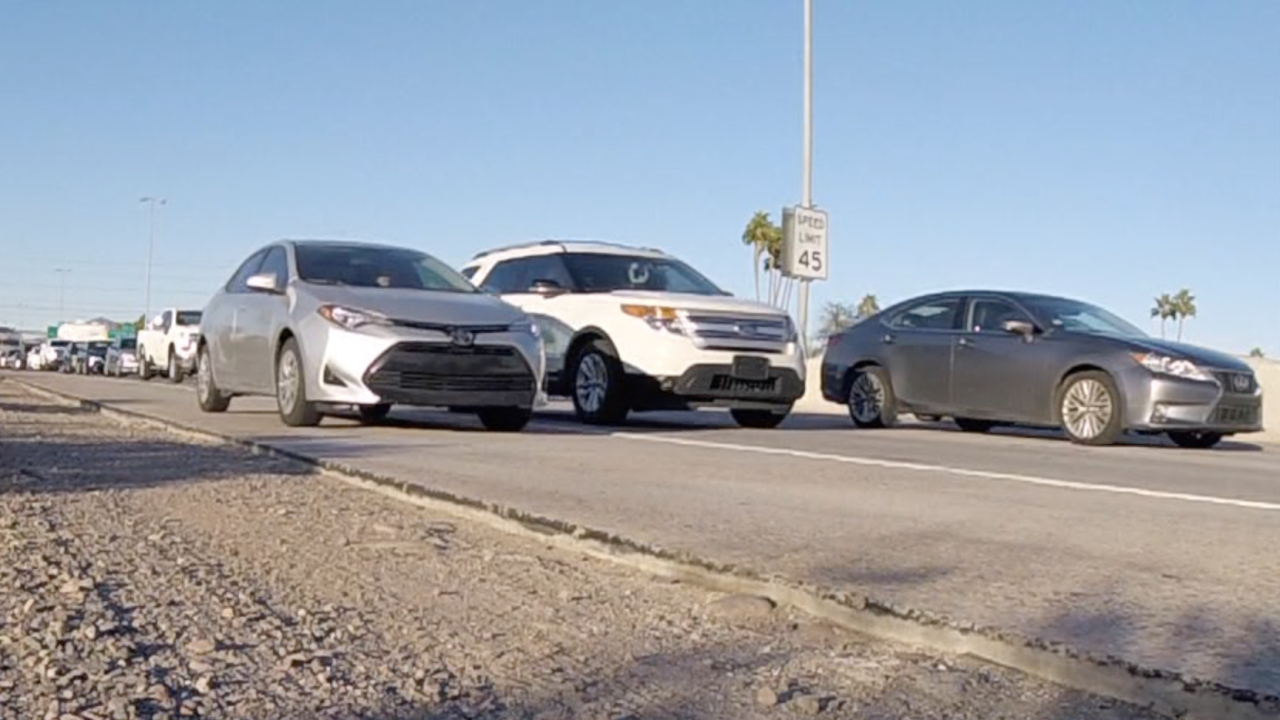 ABC15 sat just off to the side of State Route 143 during rush hour where there is not a lot of rushing going on.

That is for the people following the rules.

In just two days of surveillance, we counted well over 60 cars who cut through the shoulder.

There is a law against this exact behavior with Arizona State Statute 28-721 which says you cannot drive on the shoulder in "overtaking and passing another vehicle proceeding in the same direction."

The Department of Public Safety also calls this type of driving "aggressive."

Have you seen this while on your commute? What do you want to see done about it? You can give your thoughts on the topic by contacting Operation Safe Roads.