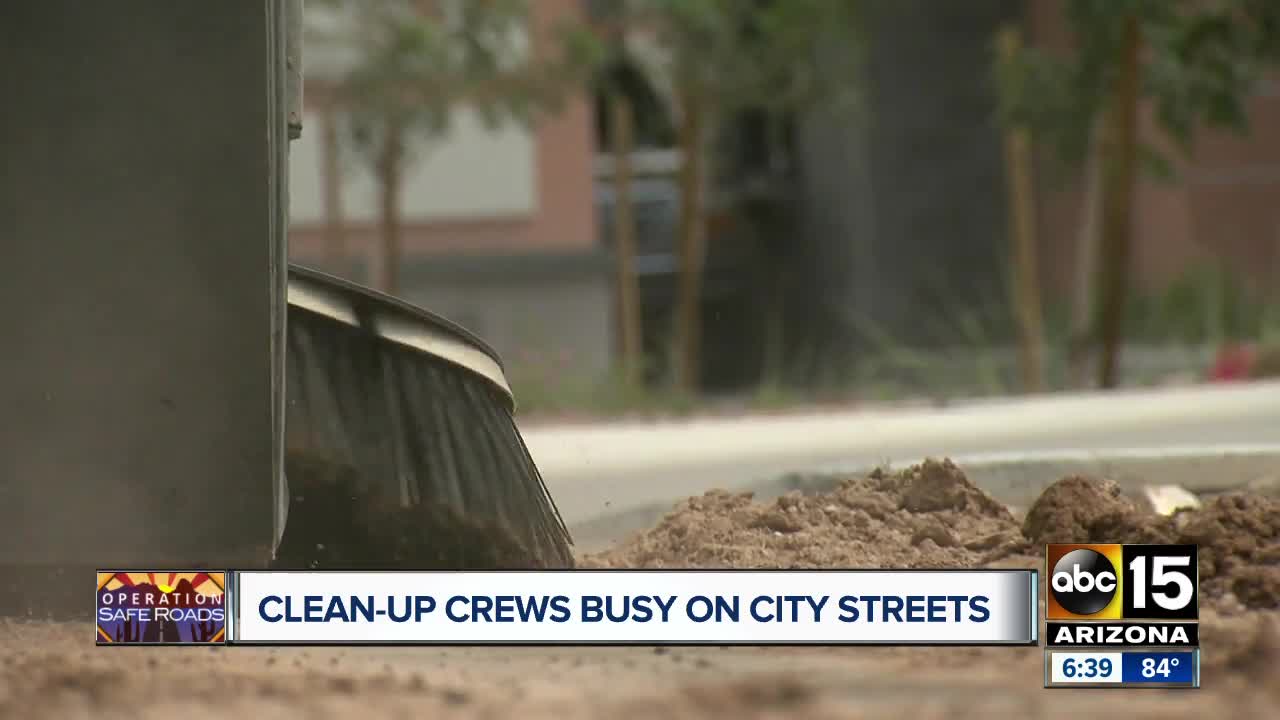 After some parts of the Valley received as much as three inches of rainfall, streets crews got to work clearing debris and dirt before more rain is expected to fall later this week. 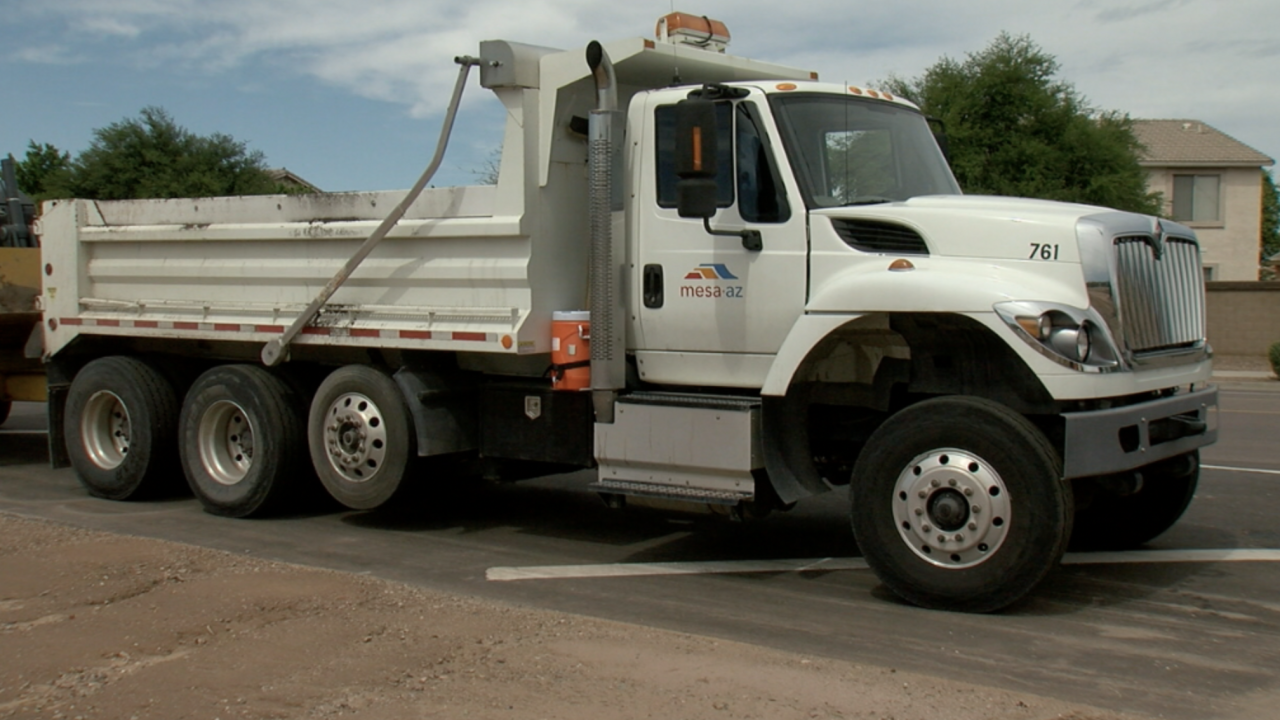 MESA, AZ — City clean-up crews in the East Valley have been busy since Monday morning as they try to keep the streets clean for Valley drivers.

"We got a lot of silt that got into the street which we're scraping and sweeping up now to make it safe for the motorists," said Bill McLeod.

McLeod is a Transportation Field Operation Supervisor with the City of Mesa. While the roadway was mostly dried out by Tuesday afternoon, McLeod and his team are focused on what is leftover.

"We don't want them driving in the mud," McLeod explained. "It's slick... people have accidents. We're trying to help prevent as much of that as we can."

McLeod said when the storms were coming down, it was controlled, organized chaos back at their service center in East Mesa as they tried to close-off intersections that were too dangerous to drive through.

These three intersections were closed in Mesa on Monday:

"Now, we're opening things back up," McLeod said. "We've been able to get in and clean it up and pump everything out and we're starting to get ahead of the game a little bit."

While they are working to clear the streets ahead of any more storms, city officials are asking people to be proactive now.

They were flooded themselves with residents who came to get sandbags during the height of the downpour.

"It was all we could do to keep up with the demand we had from last night," McLeod said. "We're starting to get a handle on that today, but we still have a lot to go."

To help them, get those sandbags early.