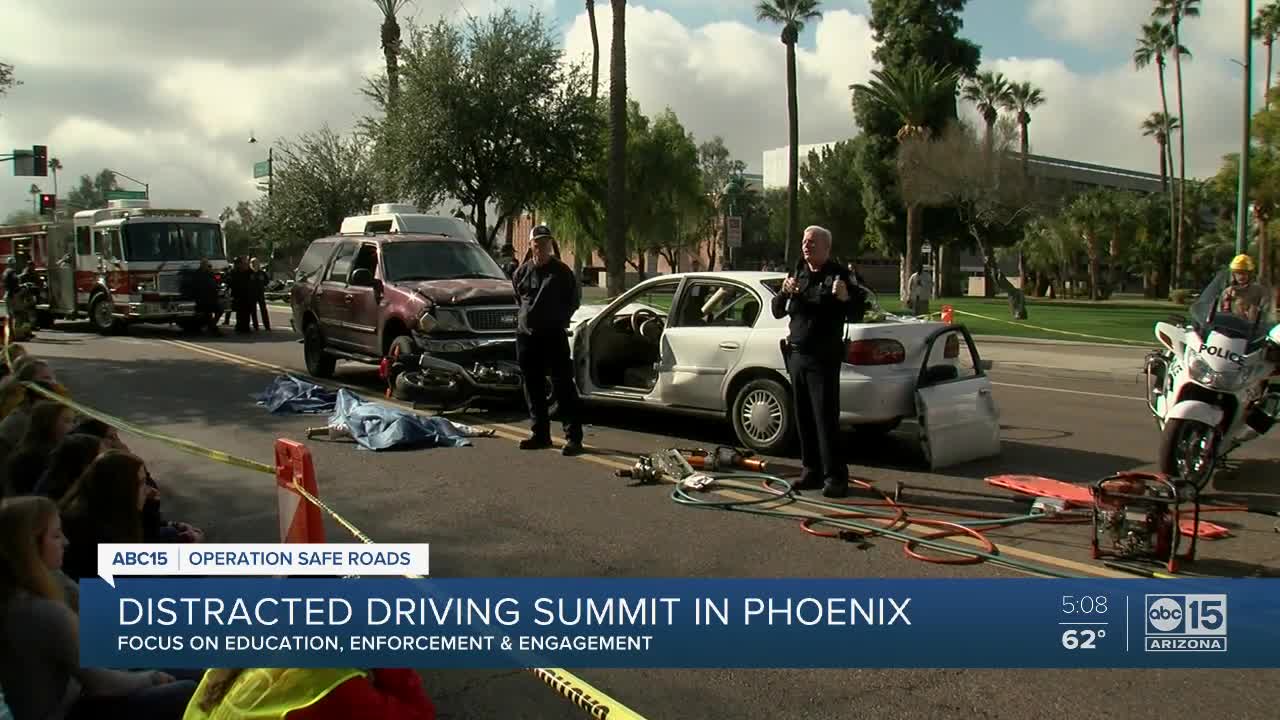 Last year, a bill to stop drivers from texting and driving was introduced into the legislature. 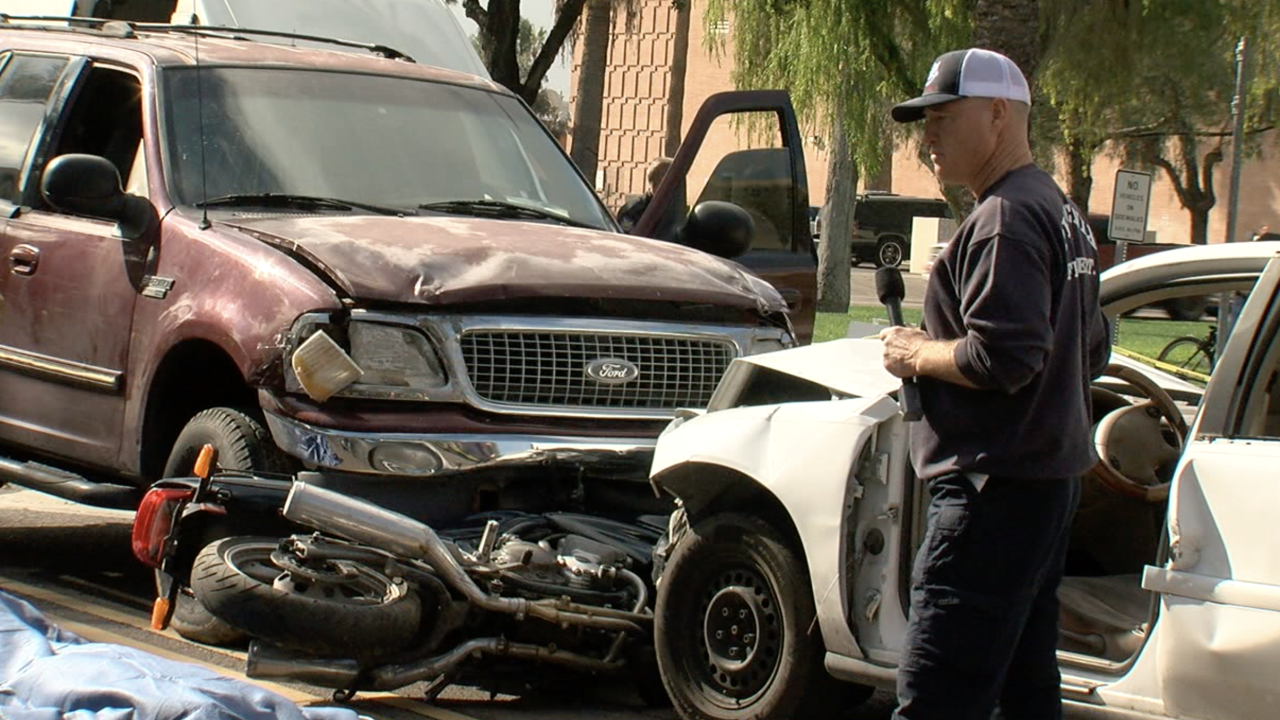 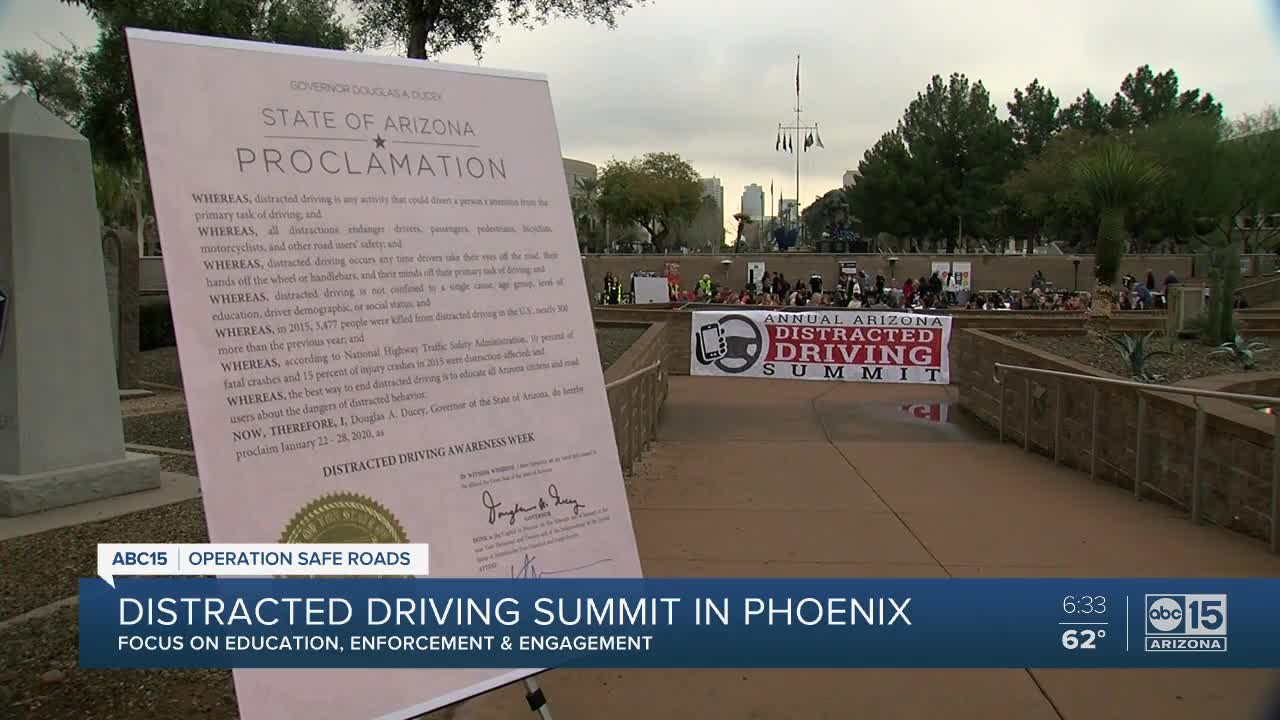 PHOENIX — Last year, a bill to stop drivers from texting and driving was introduced into the legislature.

This year, those involved in the Annual Distracted Driving Summit are focused on making sure the message makes it to the public.

In a press release, Barbara Hoffman with the Red Means Stop Traffic Safety Alliance wrote, "The focus of the summit is to talk about ways to EDUCATE, ENGAGE, and ENFORCE to stop the epidemic of distracted driving."

On Wednesday, the summit took place at Wesley Bolin Plaza near the State Capitol. It was free and open to the public.

Besides for policy makers, lawmakers, and state safety officials - victim's families also showed up in support of community education, including the mother of fallen Salt River Police Officer Clayton Townsend.

"Within a second, everything changed and there was no time to say goodbye," said Toni Townsend.

It was his death back in January of 2019 that was the catalyst to change in Arizona.

The husband and father was conducting a traffic stop in the Valley when he was hit and killed by a driver who told first responders he was on his cell phone.

"He traveled over several lanes and mowed Clayton down and... with flashing lights," Townsend exclaimed. "So, I really think it's an epidemic and if we don't do something about it, you know, we're going to continue to see these tragedies happening."

Townsend came to the Distracted Driving Summit last year. But, it had only been a few days since Clayton had passed. This time around, she said she is excited to see how far the state has come in one year. But, she is also looking now for what can be done next for her son's memory.