ADOT to increase speed limits on parts of Grand Avenue 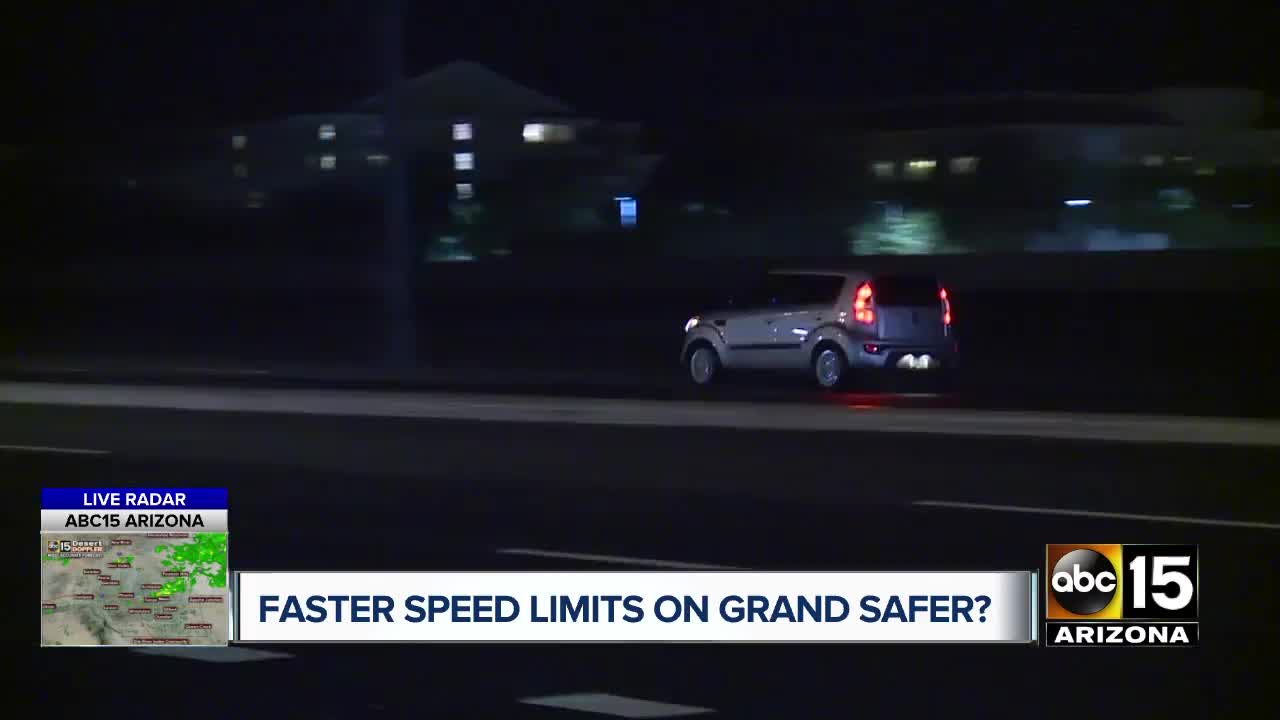 Change meant to reduce variation in vehicle speeds along stretch of Grand Avenue.

PHOENIX — Drivers on Grand Avenue will soon be able to push speed to new limits.

The Arizona Department of Transportation confirmed to ABC15 that they are raising the speed from 45 to 50 miles per hour between Thunderbird Road and Reems Road. ADOT said that change will also extend a half-mile for westbound travelers west of Reems Road, as well.

Another increase will be added between Reems Road and R.H. Johnson Boulevard where the speed limit will go up 10 miles per hour, from 45 to 55.

The changes will go into effect before the end of November.

ADOT said the adjustment came after a "speed spot study after recent construction projects, including intersection improvements between Thunderbird Road and Greenway road, were completed."

In an email, the department said: "The speed limit changes are designed to mitigate, or reduce, variations in vehicle speeds along these stretches of Grand Avenue. Conditions are safest when most traffic is traveling at nearly the same speed."