Adding speed bumps in your neighborhood could be costly for residents 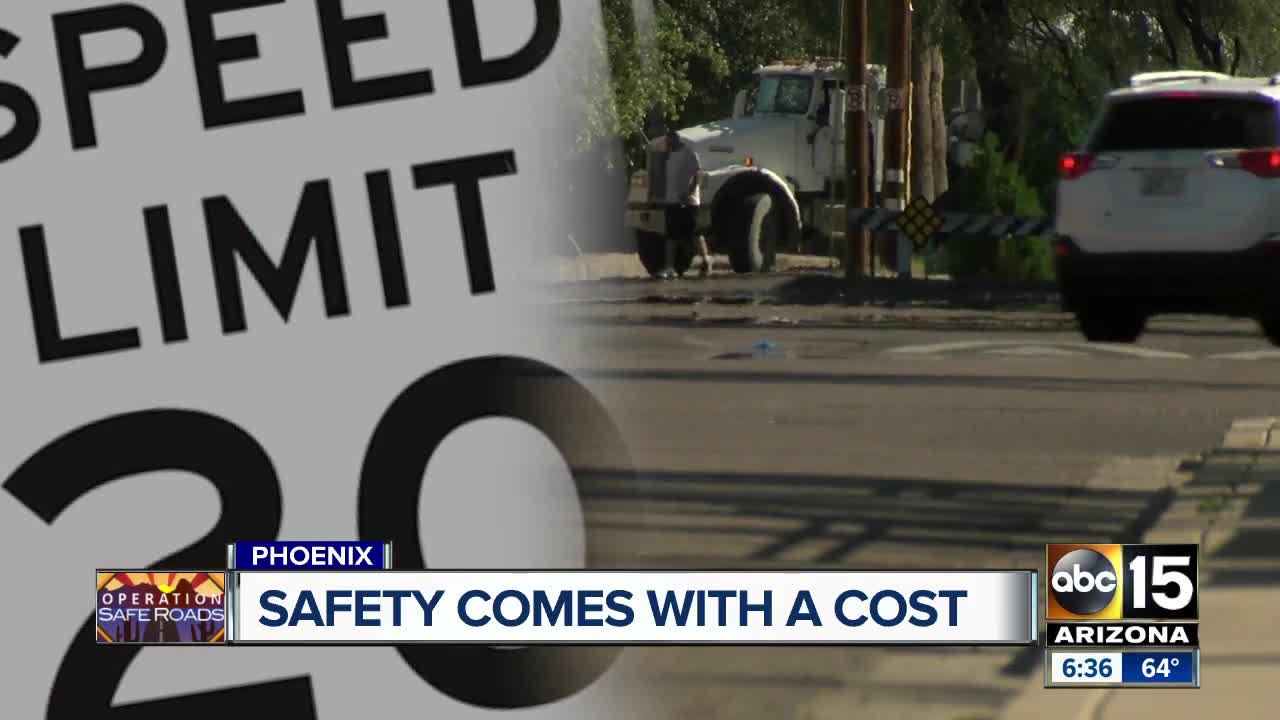 Calling the desert home comes with unwelcome guests outside every day: speeders. 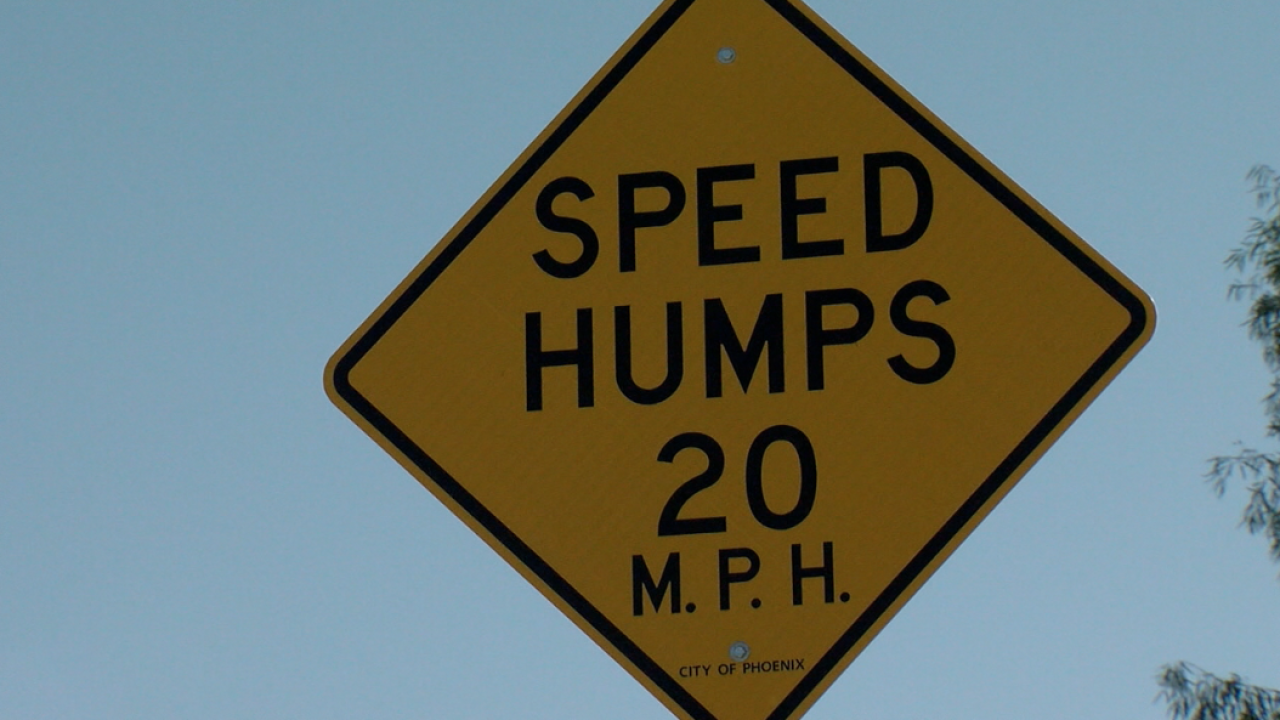 She wrote, "We have a problem... with drivers constantly speeding to get to freeway, morning & night. There is a school east of us. Kids are crossing our streets day & night. Had a petition done, still cannot get speed bumps. It costs $500 a speed bump, we need someone to do it for us."

ABC15 visited Brest at her home near the I-17 and Butler Drive in Phoenix where she has lived for roughly three decades.

But, calling the desert home comes with unwelcome guests outside every day: speeders.

"The fact is, it needs to be addressed," Brest said. "And it should be taken care of for the neighbors."

As she wrote to us, she did try taking action. She got neighbors on board, but was shocked by the cost the community would have to come up with.

It would be that $500 price tag for each speed hump along her street. Brest said she thought four was necessary in order to be effective.

Phoenix is not the only city that requires residents to pay for a portion of a speed hump, bump, or cushion.

Mesa and Gilbert charge residents, while Peoria, Scottsdale, and Tempe do not. Scottsdale, however, does not consider speed humps or cushions to be "safety measures." In an email, Traffic Engineering Manager Phillip Kercher wrote, "They are allowed to improve quality of life in neighborhoods that are impacted by traffic speeds and volumes. If there is a safety issue on our streets we will address that without following a traffic calming process and neighborhood petitions."

ABC15 went to the Phoenix Street Transportation Department and Traffic Engineering Supervisor of Operations Carl Langford to learn more about their program and to address Brest's concerns.

"So, what happens is somebody calls the city or reaches out and says 'Hey, there's a lot of speeding going on here. I'd like to put in speed humps on my road," Langford described. "What we do is we hand them a 10 signature request form, so that we can get 10 people in the area to basically say, 'Yeah - I'm concerned with this, as well.' With that, we then go and do a traffic study. Based on that information is ultimately the cost to the neighbors."

The city provided us with a cost breakdown: Speed Humps (on residential streets where the speed limit is 25 MPH) – Cost $3,500 each to the City

* Speed thresholds can be lowered by 2 MPH when within 250 ft. from a school or park.

Speed Cushions (on minor collector streets with speed limit below 30 MPH) – Cost $5,500 each to the City

* Speed thresholds can be lowered by 1 MPH when within 250 ft. from a school or park.

"We look at, if it's 5 miles an hour or more over the speed limit is the average, that's where you get the biggest subsidy," Langford said.

The city said, there are grant programs in place to help.

To look into applying for a grant, click here.

Brest said she would like the city to change their policy. She believes, that if the speed warrants a concern, it should be covered for the residents.

"I think all safety is important in any neighborhood whether you have money or not," Brest said.

ABC15 also reached out to Brest's Phoenix City Council Representative in District 5, Vice Mayor Betty Guardado. Her office said she was unable to do an interview over several weeks due to her busy schedule.

However, they did provide this statement:

“Traffic safety for all communities, regardless of wealth is a top priority for my office. I am working with residents in my district on funding options, including community grants to help resolve this issue. I am also committed to working with the Streets Transportation Department to improve the speed hump process.”


Operation Safe Roads want to hear your thoughts. Do you think residents should have to contribute to adding speed humps in their community? Should the city take on the cost?

You can call our hotline at 833-AZROADS or email roads@abc15.com with your opinion.