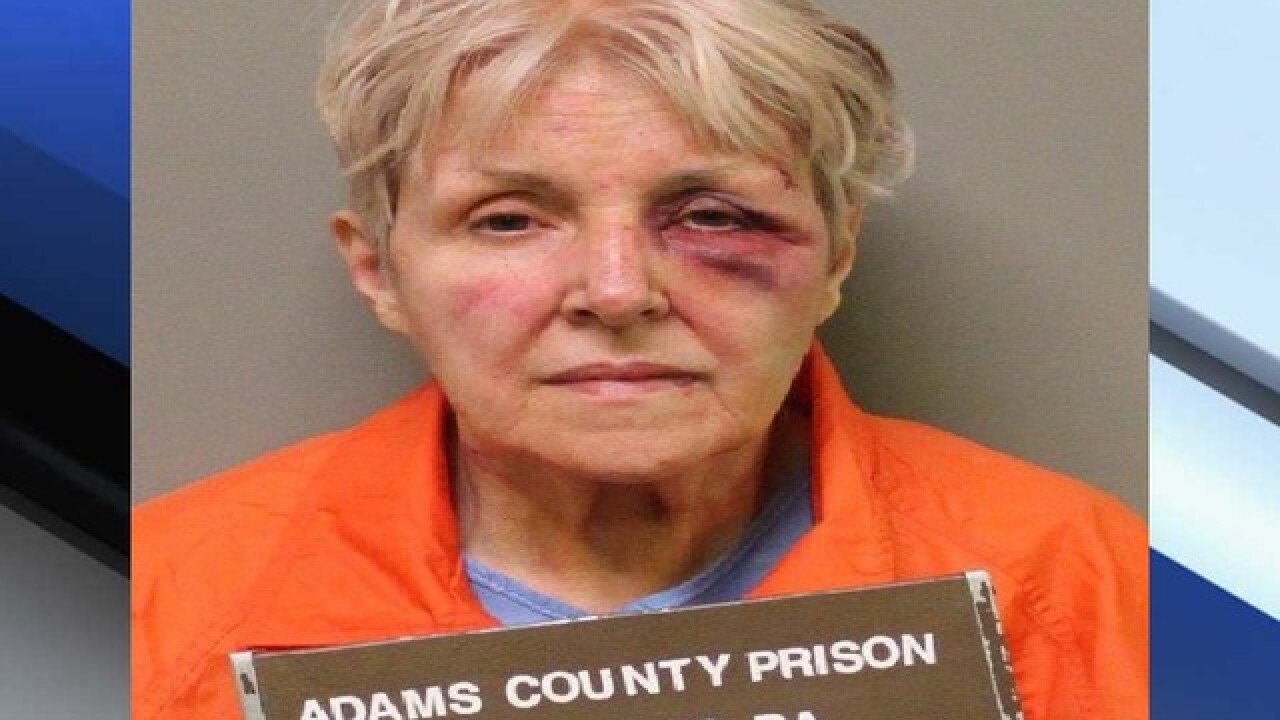 A Littlestown woman is facing attempted murder charges after stabbing her husband multiple times because she wanted to prevent her husband from using medical marijuana.

Palma Conrad, 70, is facing attempted murder, attempted homicide, and two counts of aggravated assault for her role in the incident.

On October 29 around 7:20 a.m., Conrad called 911 and reported that she had just stabbed her husband at their home along the 300 block of Lexington Way in Littlestown Borough.

Upon arrival, police found Conrad covered in blood and with a black eye. She told officers she had stabbed her husband, and he was lying on the floor inside the residence.

Conrad was placed into custody.

The victim was found to be spitting up blood, and said that his wife had stabbed him in the chest, face, neck, and mouth. He was flown by helicopter to York Hospital, and there is listed in stable condition.

Police found a significant amount of blood in the living room of the home and found three knives covered in blood.

Conrad told police she lost control of the knife, and she and her husband then fought. She said he punched her in the face, and she scratched and grabbed at his face.

While interviewing Conrad, she told police that she had become angry with the victim because he wants to use medical marijuana.

She told police that the two argued about it when she “got a knife and stabbed him.” Conrad said that the victim was sitting in his chair in the living room when she stabbed him and said that she didn’t know if he was asleep or not.

After she proceeded to stab him, Conrad said the victim told her he was dying and she called 911.

Conrad was interviewed a second time, where she again explained that she was upset and “sick of it” when discussing the victim getting medical marijuana.

She admitted to police that she had had thoughts about killing her husband for the past month or so, and the idea “rattled around” in her mind, according to the criminal complaint.

Conrad admitted that she was disappointed he was still alive.

Now, she is facing charges.