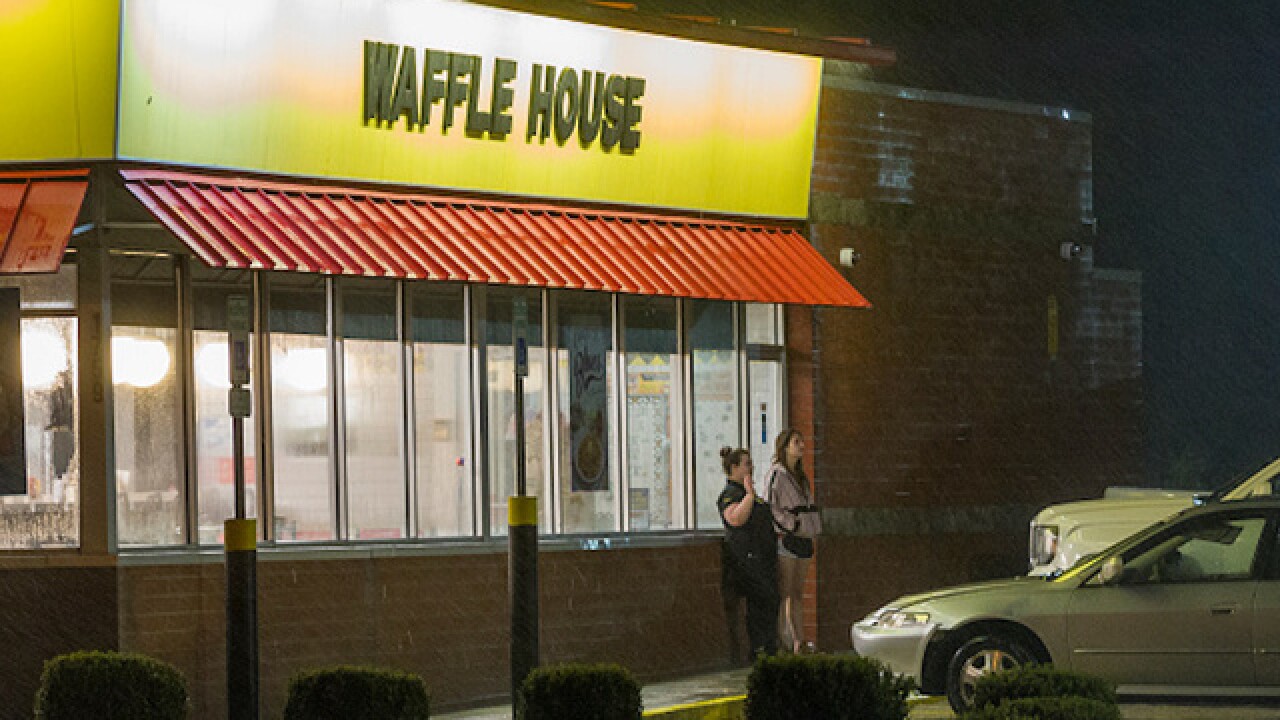 Copyright 2017 Scripps Media, Inc. All rights reserved. This material may not be published, broadcast, rewritten, or redistributed.
Mark Wallheiser
<p>BILOXI,MS-OCTOBER 7, 2017: Waffle House employees take a smoke break at their restaurant which sits 75 feet from the beach as the eye of Hurricane Nate pushes ashore in Biloxi, Mississippi October 7, 2017.Hurricane Nate is expected to make landfall on the Mississippi Gulf coast near midnight local time. (Photo by Mark Wallheiser/Getty Images)</p>

Any good southerner will tell you the best part about Waffle House is that you can grab breakfast at any hour of the day or night. But according to one South Carolina man, you might have to do some of the cooking yourself.

After a night of drinking earlier this week, Alex Bowen of Columbia, South Carolina was hungry and couldn't sleep, so he decided to swing by a local Waffle House for a bite to eat. But when he walked into the open restaurant, he found it completely empty — that is, except for one sleeping employee.

After waiting for 10 minutes to be helped, Bowen decided to take his late-night snack into his own hands. He went to work cooking his own Texas Bacon Cheesesteak Melt with extra pickles, documenting his work in a Facebook post. He also told WIS-TV he cleaned the grill before he left.

Bowen says he later returned to pay $5 for his sandwich. but Waffle House employees weren't happy.

"[I] guess old Waffle House just gonna have to take the L on that one,” he told WIS-TV.

Waffle House says the employee who was sleeping during the shift has been suspended for a week.

"In a related note, obviously Alex has some cooking skills, and we’d like to talk to him about a job since we may have something for him," a Waffle House spokesperson told WIS-TV.