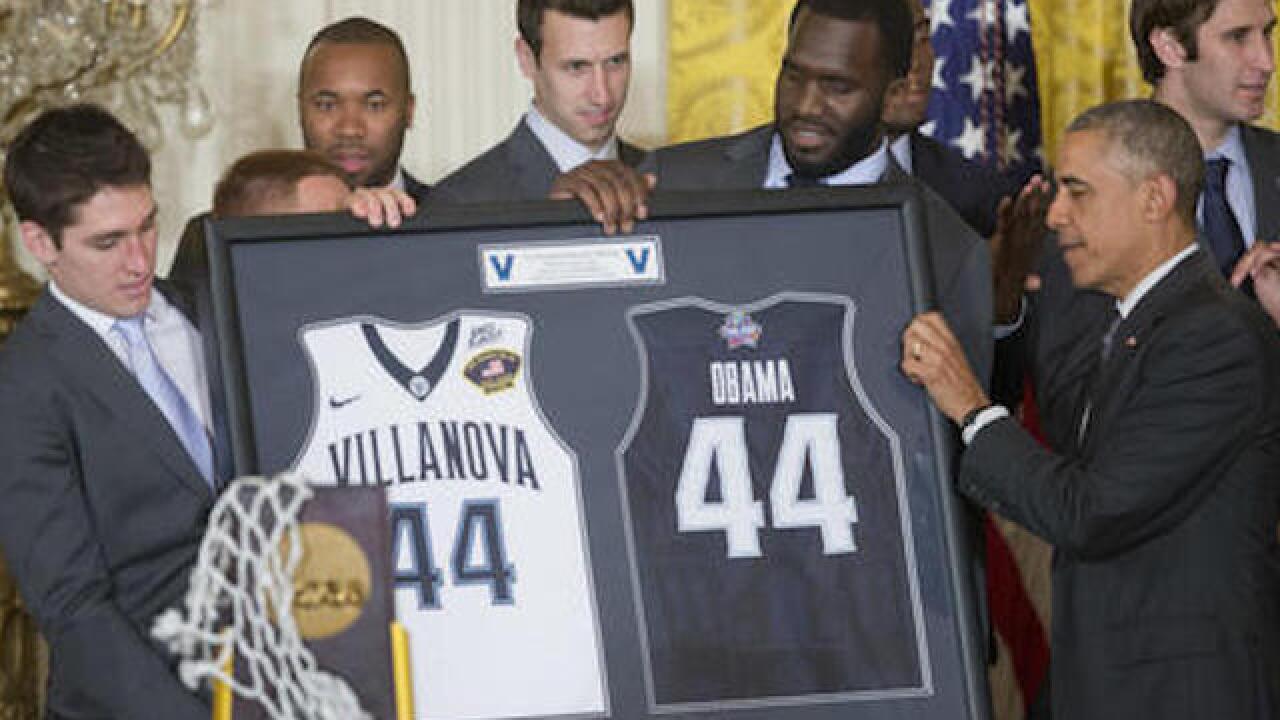 WASHINGTON (AP) — President Barack Obama congratulated the men's basketball team at Villanova University Tuesday for winning what he described as "maybe the best title game of all time" in this year's NCAA tournament.

Forward Kris Jenkins provided the winning shot with a 3-point field goal as time expired. Jenkins did so just a few seconds after North Carolina had managed to tie the game with a remarkable shot as well.

Obama, a basketball enthusiast, welcomed the Wildcats to the White House East Room. He singled out several Wildcats for praise and their coach, Jay Wright.

Villanova was a No. 2 seed entering the tournament but had underachieved in recent NCAA tournaments, leaving many doubting its prospects. ESPN said Villanova was picked to win it all in only 2.56 percent of its brackets.

Obama said the team possessed "attitude." He said that's how the team bounced back from the recent tournament troubles and rolled to the title game.

Obama singled out guard Josh Hart for special mention. The 6-foot-5 junior from Silver Spring, Maryland, led the Wildcats in scoring. The 21-year-old is also a graduate of the private Sidwell Friends School in the District of Columbia, where the president's daughter, Malia, is a senior.

"My daughter will be graduating from there next week, which makes me cry when I talk about it so I'm not going to talk about it," Obama said. "It was good to see a Sidwell kid do well."

Obama also cited the accomplishments of seniors Ryan Arcidiacono and Daniel Ochefu. On Jenkins, Obama said he learned to shoot from his mom: "Moms know what they're talking about," Obama said.

Obama said the team also demonstrated excellence in the classroom and noted that they're active in the Philadelphia community, providing meals for those in need and helping with the Special Olympics.

Obama said the most important Villanova grad at the White House, Jill Biden, couldn't make the White House reception because she was teaching. But he said that Vice President Joe Biden wanted him to remind the team that the vice president had predicted Villanova's championship.

"Unfortunately, I didn't follow his counsel, so my bracket was busted," Obama said.