University of Phoenix agrees to eliminate $141 million in student debt 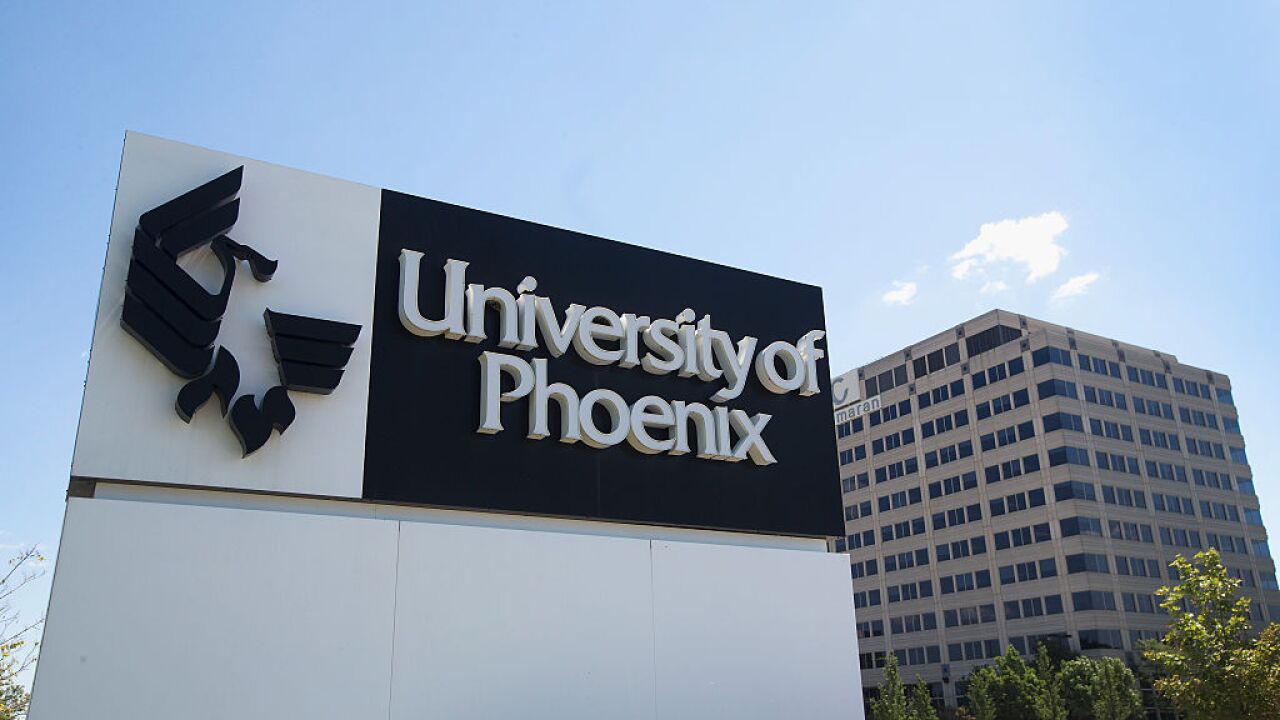 The University of Phoenix settled a legal battle with the Federal Trade Commission on Tuesday, by agreeing to eliminate $141 million in student debt and pay $50 million to the FTC, the FTC announced.

The settlement marked a record for the FTC.

"This is the largest settlement the Commission has obtained in a case against a for-profit school,” said Andrew Smith, Director of the FTC’s Bureau of Consumer Protection. “Students making important decisions about their education need the facts, not fantasy job opportunities that do not exist."

The FTC sued the University of Phoenix for deceptive marketing to potential students, leading students to believe that the university worked with employers such as Microsoft and Adobe to create job opportunities.

An example the FTC showed was of a TV advertisement that claimed that the University of Phoenix had a "growing list" of 2,000 partners while displaying logos for various large companies. In reality, these companies did not provide special job opportunities for students.

The FTC will use its share of the settlement for consumer redress. The remaining $141 million will go to cancel student debt owed by former students who were enrolled around the time they were likely exposed to the university's deceptive advertising.

The University of Phoenix said in a statement that it denies any wrongdoing.

"After cooperating fully with the FTC’s inquiry, the University is pleased to have reached this settlement agreement and resolved this matter, which principally focused on a marketing campaign that ran from late 2012 to early 2014," the statement read. "The campaign occurred under prior ownership and concluded before the FTC’s inquiry began. The University continues to believe it has acted appropriately and has admitted no wrongdoing.

"This settlement agreement will enable the University to maintain focus on its core mission of improving the lives of students through career-relevant higher education, and to avoid any further distraction from serving students that could have resulted from protracted litigation, as well as the time and expense of the litigation itself."

Here is what's next for those former students affected by the settlement, according to the University of Phoenix: