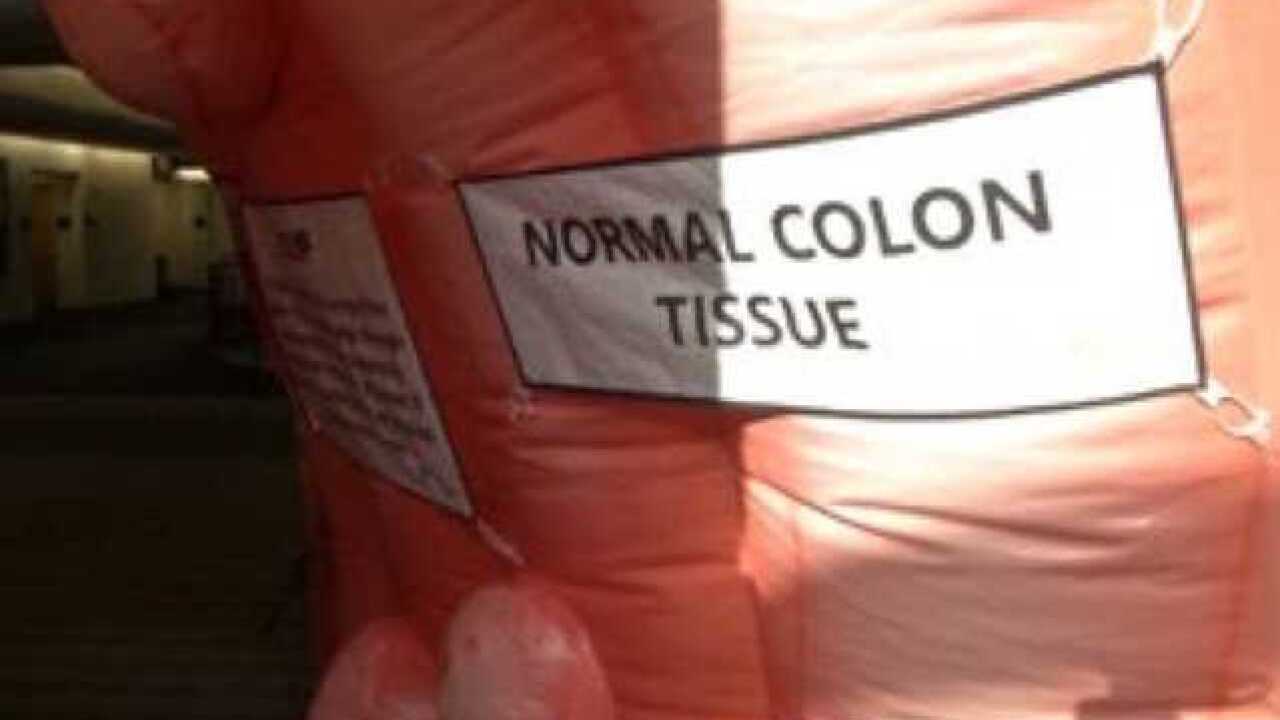 Copyright 2018 Scripps Media, Inc. All rights reserved. This material may not be published, broadcast, rewritten, or redistributed.
Courtesy University of Kansas Cancer Center

An inflatable colon estimated to be worth approximately $4,000 has been recovered after it was stolen in Kansas.

BREAKING: WE HAVE RECOVERED THE STOLEN COLON. Thanks to a tip, officers found the giant, inflatable, pilfered intestine in a vacant house in the 7100 block of Virginia. No one in custody yet. Investigation is continuing. #stolencolon pic.twitter.com/QAILIr3G6d

The University of Kansas Cancer Center says the inflatable colon is used to teach about the dangers of colon cancer.

The inflatable was stolen from the back of a pickup truck about 10 days ago. An anonymous caller led police to an abandoned home where it was located.

It is owned by the Cancer Coalition, which hosts walking and running events under a campaign called “Get Your Rear In Gear.”