The Texas teenager whose trial on drunk driving charges included a defense witness saying that he was afflicted with "affluenza" may be on the run from his parole, authorities said. 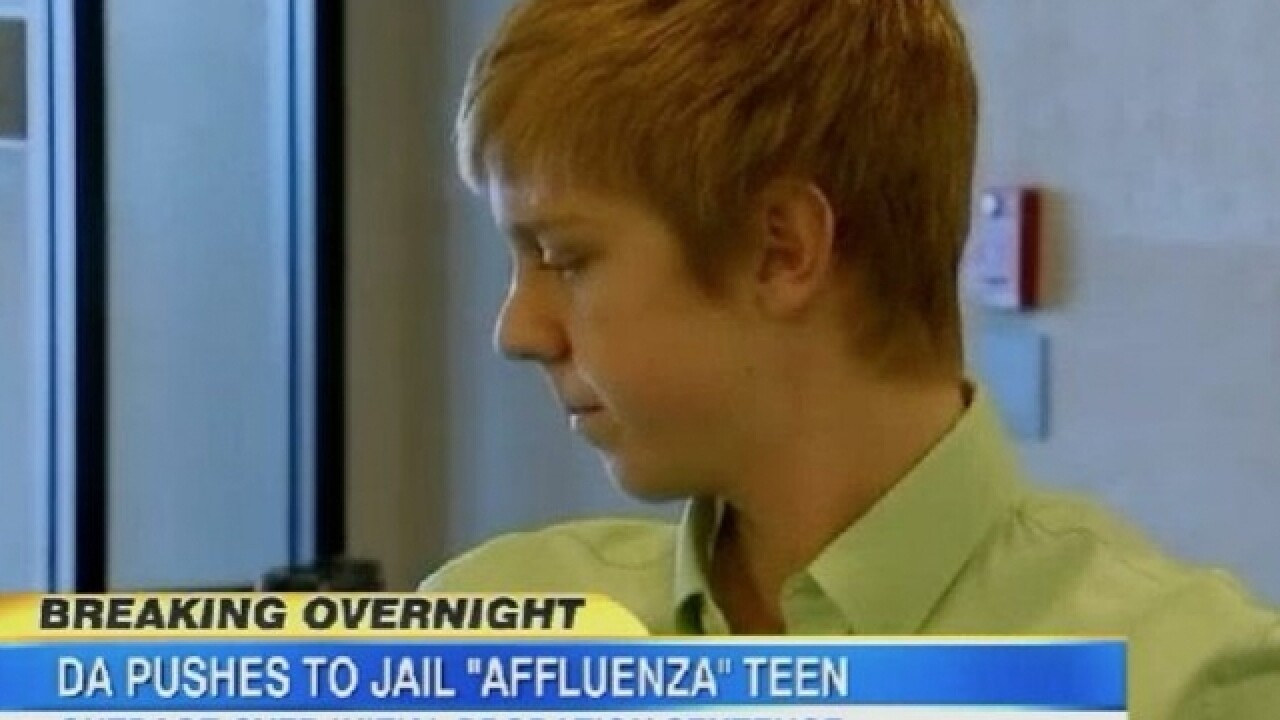 The Texas teenager whose trial on drunk driving charges included a defense witness saying that he was afflicted with "affluenza" may be on the run from his parole, authorities said.

Ethan Couch, 18, was convicted of four counts of intoxication manslaughter in 2013 but was not sentenced to any jail time; instead he was given 10 years' probation -- a punishment considered a mere slap on the wrist by critics, and one that outraged the victims' families.

Part of his parole mandates that he make regular check-ins with his parole officer and that he not drink alcohol for 10 years.

Now, officials are concerned that not only has he skipped at least one check-in with his probation officer, but that he has skipped town, perhaps even the country. A juvenile judge issued a "directive to apprehend" -- effectively a warrant -- for Couch on Dec. 11.

Sheriff's officials told ABC News that they are concerned he has a "huge head start" in his possible run from the law. The local juvenile court system mandates that parole check-in records are not publicly released. Investigators are working to confirm when he last checked in.

The Tarrant County Sheriff's Office has tasked a sheriff's team that specializes in serving warrants with finding Couch, who is now on a national fugitive data-base.

One possible factor in his disappearance is a video that was posted on Twitter that appears to show Couch at a party near a beer pong table. In the video, Couch is not seen drinking alcohol, but the teen who posted the video tagged the district attorney and referenced that Couch was "violating probation."

"Once that video came out, they felt like a probation violation could be coming," Anderson told ABC News.

While there has been no specific evidence that suggests that Couch or his mother has left the country, authorities have expressed a general concern that Couch and his mother may have had the time, money and means to flee.

State prosecutors have been pushing for a motion to have his case moved to an adult court. If that happens and he violates the terms of his probation in the future, he could face up to 20 years in prison.