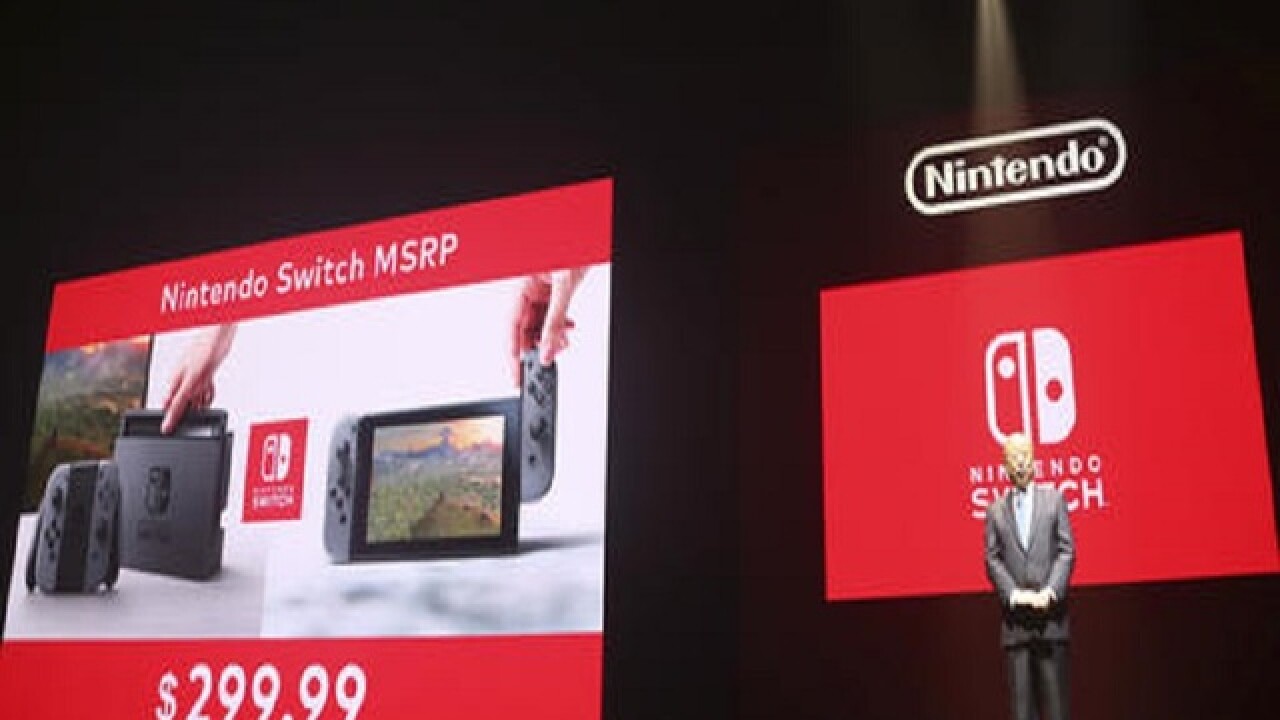 The Japanese company announced Friday that the new device, the Switch, will go on sale worldwide on March 3 for $299.99.

Nintendo revealed a range of details and software for the Switch -- a handheld system that can easily transform into a console for the home -- at a big event in Japan that was streamed online.

And of course, Mario featured prominently. Nintendo's iconic character was shown in a real, New York-esque city as well as a desert, a jungle and other themed environments.

But fans will have to wait until the end of the year for the release of the game, titled "Super Mario Odyssey."

Other games included "1-2 Switch," which the company described as a "face-to-face party game" that would be released in March at the time of the Switch's launch.

Nintendo also showed off the Switch's "Joy-Con" detachable controllers, which have motion-sensing features.

The launch of the Switch is one of the biggest moments for the company in recent years.

Once dominant, Nintendo's fortunes have fluctuated wildly over the past decade, from the vast success of the Wii console to the quiet failure of its successor, the Wii U.