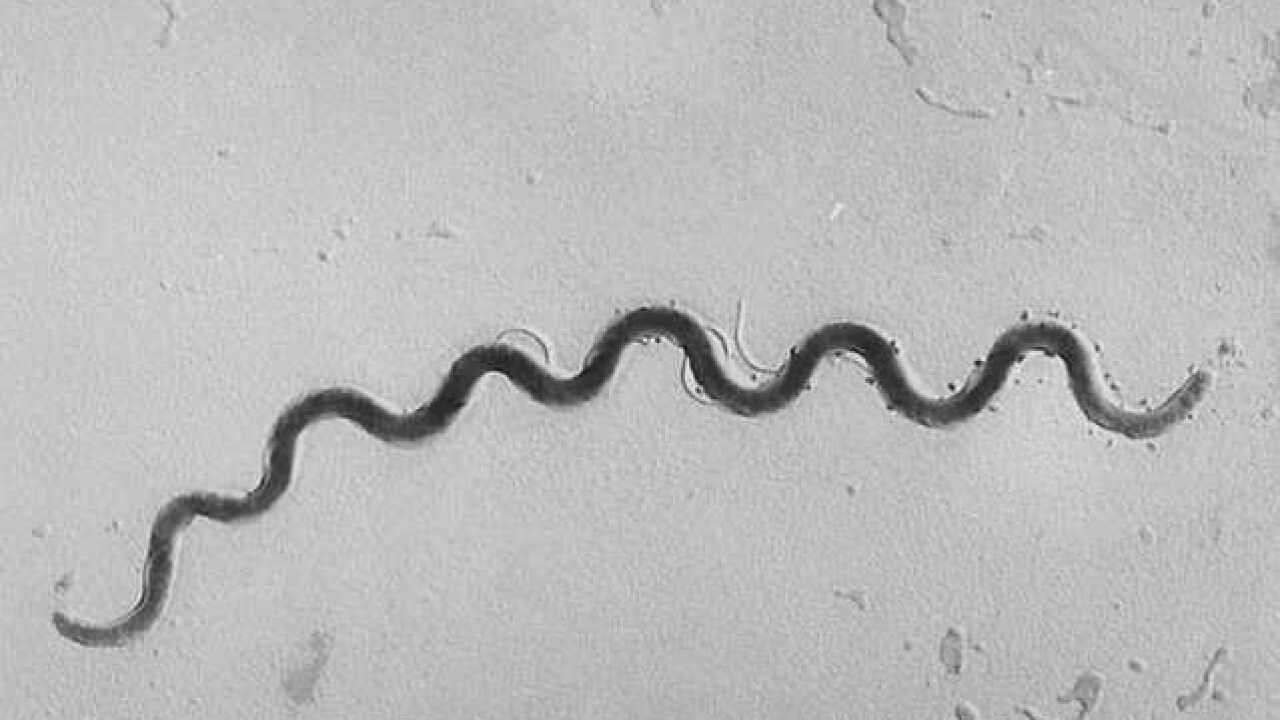 Copyright 2018 Scripps Media, Inc. All rights reserved. This material may not be published, broadcast, rewritten, or redistributed.
Susan Lindsley/CDC via AP
<p>This 1972 microscope image provided by the Centers for Disease Control and Prevention shows a Treponema pallidum bacterium which causes the disease syphilis. A report released on Tuesday, Sept. 25, 2018, says that newborn syphilis infections are surging to the highest level in 20 years. </p>

The number of U.S. babies born infected with syphilis has reached the highest level in 20 years.

It is still rare for babies to get syphilis from their infected mothers, but figures released Tuesday show more than 900 cases were reported last year. That's more than double the number in 2013. Most cases were in the Southeast and Southwest.

The last time the number was that high or higher was in the 1990s.

In adults, cases of syphilis and other sexually transmitted diseases also are rising. Health officials say possible reasons include a wave of illegal drug use. They say women should be tested during pregnancy so they can be treated with antibiotics

Syphilis can deform or kill babies. At least 77 of last year's cases were stillborn or died.