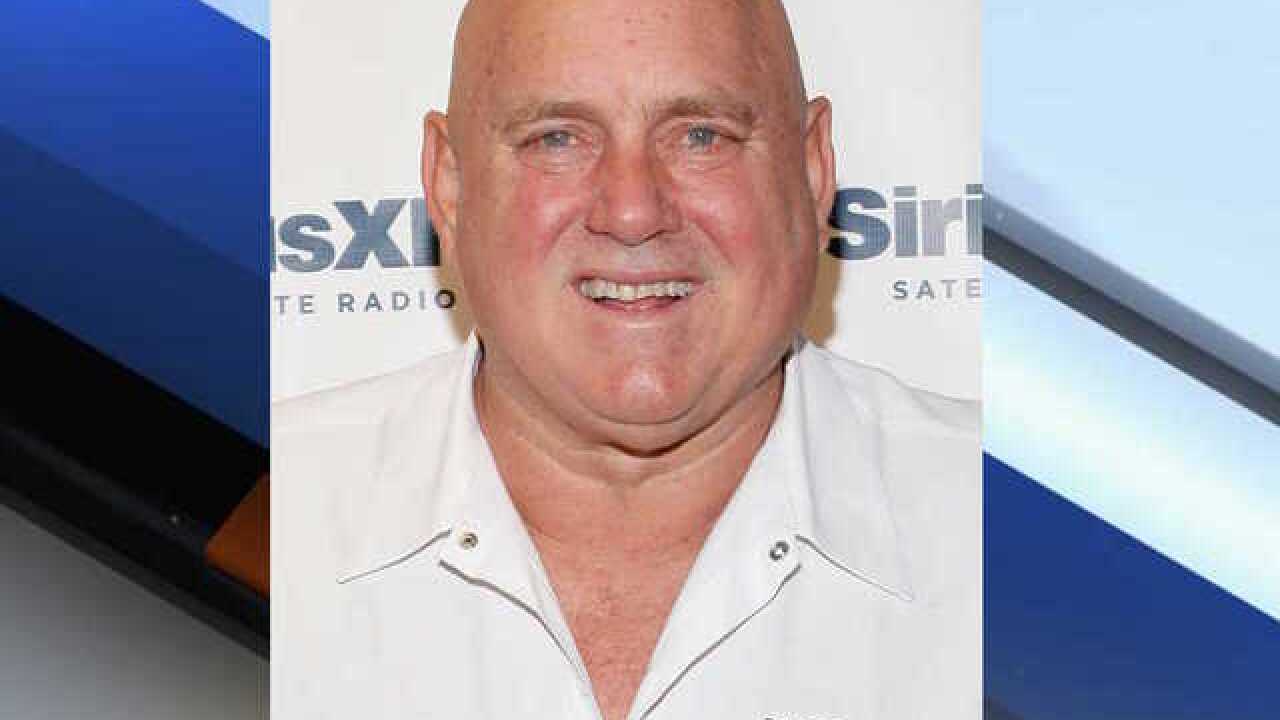 Image copyright 2018 Getty Images. All rights reserved. This material may not be published, broadcast, rewritten, or redistributed.

Nevada authorities confirmed Wednesday that they're investigating allegations of sexual assault against a legal pimp and state legislative candidate.

The Nevada Department of Public Safety said it was investigating Dennis Hof because of a request from the sheriff's office in northern Nevada's Carson City, where Hof owns several legal brothels.

Hof, who is running as a Republican this year for a state Assembly seat, said in a statement Wednesday that he is cooperating with the investigation but denies any wrongdoing.

Hof has been accused on at least three occasions of sexual assault. But it's unclear if the state probe is related to those allegations.

"While he has his suspicions, at this time Mr. Hof does not know exactly what the allegations are, who made them or when the alleged incident supposedly took place," Hof's campaign said in a statement. "Nevertheless, he completely and totally denies that any such incident occurred and believes the allegations are groundless and politically motivated."

In a series of tweets later Wednesday, Hof posted images of proposed campaign billboards touting "Women for Hof," including one featuring a pink background with hearts, and another photo, which was soon deleted, showing the feet of a new prostitute at one of his brothels. He called her a "Korean hottie" and said her feet were "a foot fetish person's dream come true.

Hof, who is seeking a seat from a southern district near the city of Pahrump, has fashioned himself as a Donald Trump-style candidate.

The Las Vegas Review-Journal has reported that three former prostitutes accused Hof of sexual assault in 2005, 2009 and 2011 at his Bunny Ranch brothel near Carson City and Love Ranch brothel outside Las Vegas.

Prosecutors declined to file charges over the allegations, citing the expired statute of limitations.

Hof denies the allegations. He told The Associated Press earlier this year the women's claims are "totally absurd" and that they became embittered against him because they weren't as successful in the sex industry.

The state Department of Public Safety investigation was first reported by The Nevada Independent Tuesday night.

Hof, who starred in the HBO adult reality series "Cathouse," upended local politics this summer when he ousted an incumbent state lawmaker in a GOP primary.

He has also tangled with county regulators, who have twice shuttered one of his southern Nevada brothels, contending that he failed to renew his licenses or get proper permits for renovations.

The brothel owner has said the regulatory problems at the brothel outside Las Vegas where NBA player Lamar Odom was found unconscious in 2015 are also politically motivated. He has taken the county and county officials to court.

The issues have cropped up amid an anti-brothel push by a coalition of religious groups and anti-sex trafficking activists. Voters in Lyon County, where Hof has several brothels, will consider in November whether to ban the legal bordellos. A similar effort failed in Nye County.

Brothels, which are illegal in the counties that contain Las Vegas and Reno, harken back to Nevada's days as a mining territory about 150 years ago. Brothels were illegal but tolerated in some areas until 1971, when the Mustang Ranch near Reno became the first legal brothel. It led to a movement that allowed counties with populations of 700,000 people or fewer to decide whether to legalize prostitution in licensed facilities. Outside of bordellos, prostitution is illegal.

About 20 brothels operate in Nevada, mostly in rural areas. The state doesn't publicize how many are open, and most owners keep a much lower profile than Hof.