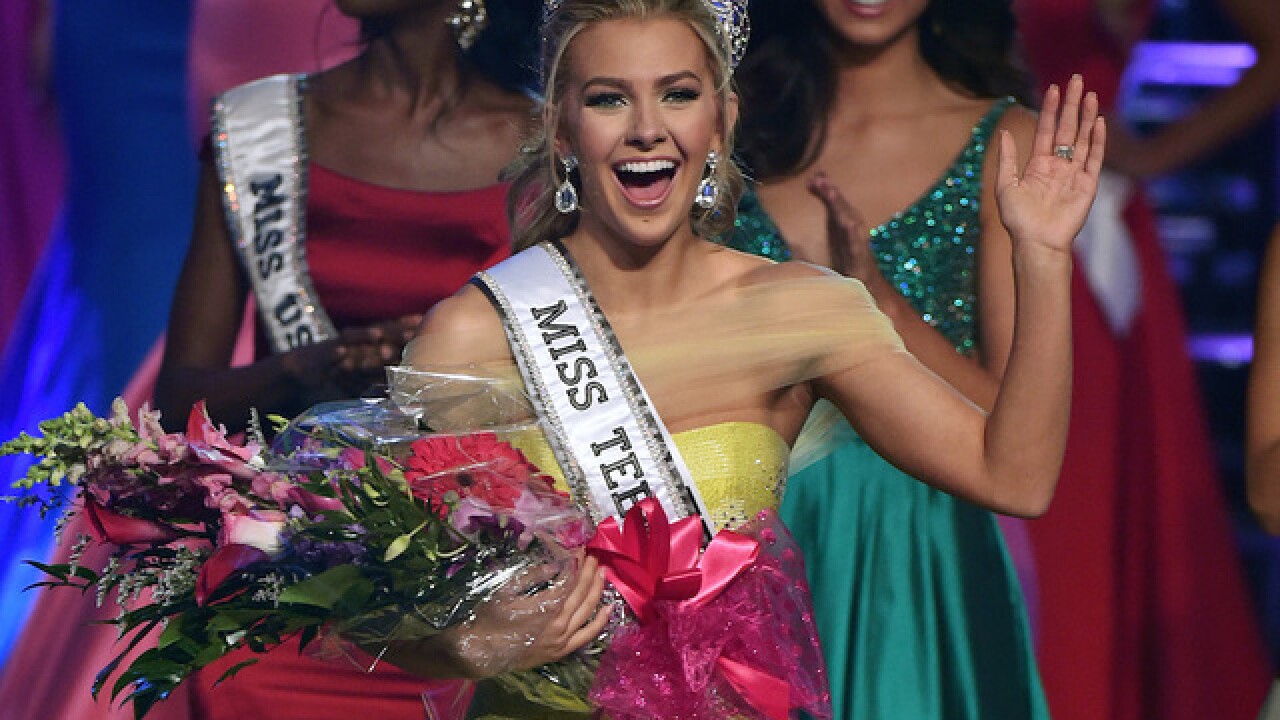 LAS VEGAS (AP) — Racist language in old tweets from the freshly crowned Miss Teen USA is the latest controversy for a pageant organization with a bumpy recent history.

The flap came over the weekend, shortly after 18-year-old Texan Karlie Hay was crowned Miss Teen USA in Las Vegas on Saturday. Social media users quickly unearthed an account with Hay's name that featured the N-word in tweets from 2013 and 2014.

The Miss Universe Organization found itself condemning the language. The organization said Hay learned lessons since then, and it is supporting her continued personal growth.

Miss Universe was co-owned by NBCUniversal and Republican presidential nominee Donald Trump until he made anti-immigrant remarks when announcing his political bid last year. NBC cut ties with Trump, who bought them out and then sold the pageant.